Ceremonies begin for the birth of Duarte 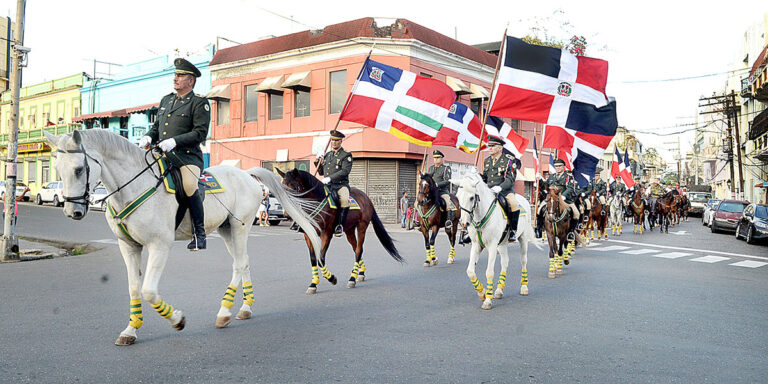 Wilson Gómez Ramirez, president of the Duartiano Institute, urged the public to participate in commemorative activities and official acts commemorating the 210th anniversary of the birth of the Homeland, Juan Pablo Duarte. The commemorative activities for Duarte’s 210th anniversary began with the “Cabalgata por la Patria,” (horseback riding for the homeland) which began at the Puerta del Conde and toured several Colonial city streets before returning to the starting point.

During the event, the directors, members, and servers of the Duartiano Institute placed a floral offering in Duarte Park, which is located at the intersection of Padre Billini and Hostos streets. Representatives from the Army of the Dominican Republic’s (ERD) General Kalil Haché Blood Cavalry Unit and the Dominican Association of Higüeyano Paso Horses, among other organizations, attended.

The importance of this equestrian activity was highlighted by Gómez Ramirez, who stated that “the Trinitarian leader toured the national territory on horseback to bring patriotic awareness to all the people, to obtain his release and establish the State.” Similarly, he thanked the Ministry of Defense and other entities for their assistance with the activity.