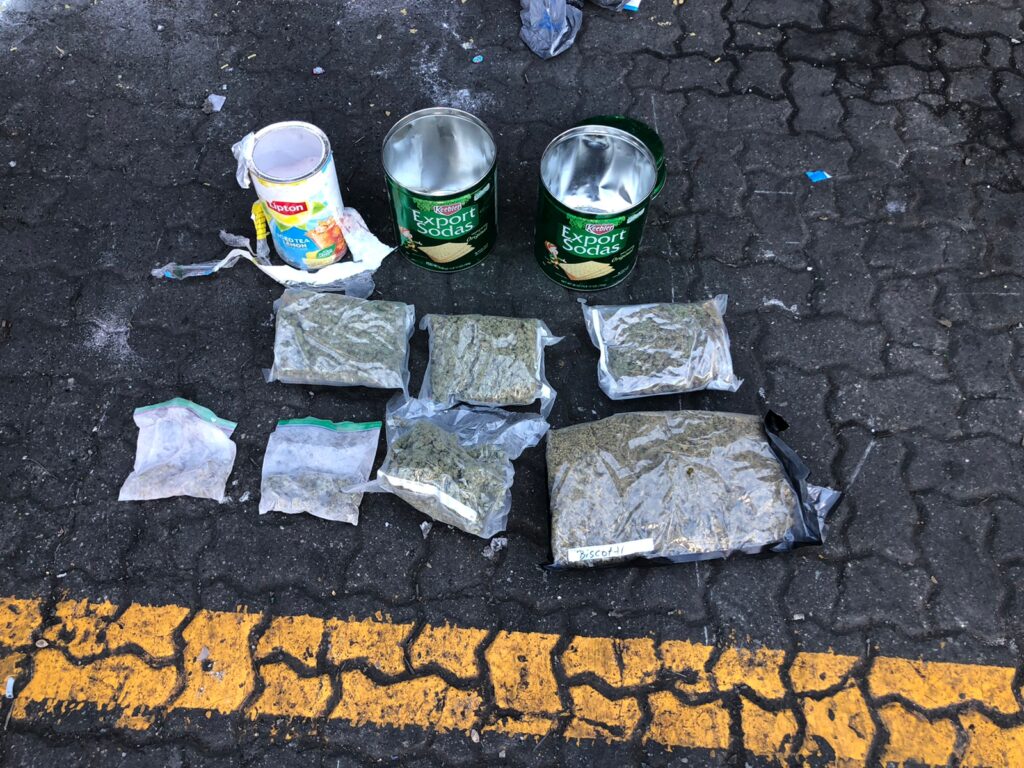 One of the major social ills afflicting the country is the trafficking of illegal substances. Drug traffickers are coming up with increasingly inventive ways to enter and exit Dominican territory. The Special Report with Julissa Céspedes revealed the most inventive (and frightening) ways in which criminal organizations hide narcotics worth millions of dollars. The anti-drug-trafficking organizations go head-to-head with the most heinous forms of drug handling by the criminal organizations that traffic it. When it comes to hiding drugs, drug traffickers’ ingenuity shines through. Sometimes specialized technical work is perceived, so that illegal substances reach their final destination regardless of whether the people involved are endangered.

According to the Special Report with Julissa Céspedes, the National Drug Control Directorate (DNCD) seized approximately 550 grams of marijuana in shoe soles in 2020. This consignment was bound for the United States. Flannels and polo shirts are another type of clothing that is used for this purpose. The DNCD discovered liquid cocaine. In this method, the clothes are soaked in the aforementioned drug and then dried to look starched. The discovery made on January 8 of this year was one of the most unusual and creative discoveries ever made. The DNCD and the Specialized Port Security Corps (CESEP) discovered seven packages of synthetic marijuana in biscuits and tea cans, each containing approximately four pounds of the narcotic. The drug was discovered in the Port of Haina Oriental and, according to the authorities, it originated in The Bronx, New York, and was bound for Villa Mella.

Vehicle parts are a common element used by criminal organizations to smuggle drugs. According to data obtained by El Reporte Especial with Julissa Céspedes, on December 29, 2022, authorities seized approximately a kilo of cocaine disguised as motorcycle parts. As it turned out, the gimbal contained at least seven portions of cocaine. They were on their way to the United States. Furthermore, 890 grams of the same substance were discovered in an electrical branch and two motorcycle cots. This demonstrates that drug traffickers are not deterred by sea, air, or land borders, particularly if their main consumer is on the other side. Agents have discovered drugs in dominoes, folders, and even small makeup brushes.

Idiots! Your a bunch of boozers/losers who don’t know the medicinal value of the sacred plant used for millenials for a number of health reasons. You serve that poison Rum and other strong drinks at every turn and have the nerve to call the sacred plant mentioned in the Bible on several occasions a drug! Your hypocrites to the max and who is going to save this drunk ass country? WHO? Drinking and driving at each turn as well, too many of you all die from it and this would not be the case with the sacred plant. Furthermore, when you go to purchase the sacred plant, there are drug dealers, supplied by your POLICE MIND YOU, again I say, BY YOUR MAFIA POLICE, hypocrites, selling powdered cocaine on spot. This is a travesty and the two should never be linked together. CATHOLIC CHURCH OFFERING WINE, ALCOHOL, WITH COMMUNION! HYPOCRITES! But your uneducated loud drunks and there are way too many thieves who think that they have gotten away with their crimes. But all is known and will come out soon enough. Too many will be going to jail! Your women, very attractive, are one of the reasons I came, they dress like PROSTITUTES, with their asses all on display, they like to steal too, and hardly ever wear modest clothing and then think you have no right to correct them or look for respect in turn…DOMINICAN: YOUR PEOPLE ARE COMPLETELY LOST AND APART FROM THE CHRIST MIND! LIKE P.R.! READ AND WEEP! HYPOCRITES! TEN CUIDADO, JUDGEMENT IS OVER YOU: REM: UN TERREMOTO SOLO E nada!