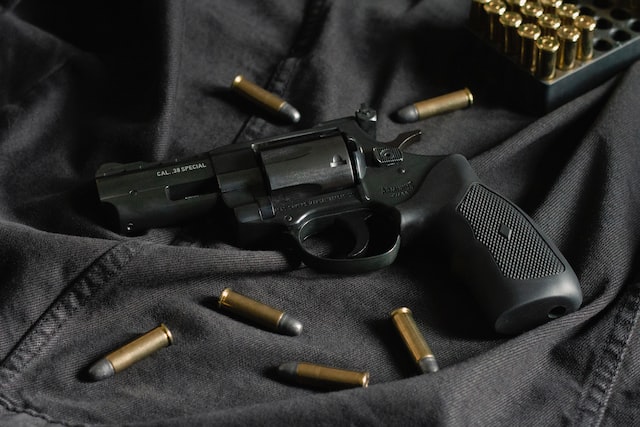 The shooting last Sunday, around 11:30 p.m., between alleged gang leaders in the area was described as a “war camp” by Matias Ramón Mella street residents in the Guachupita sector of the National District. According to the residents, the hail of bullets lasted more than ten minutes, causing fear among those who lived in the area. They hid under beds, tables, or any object that could serve as a shield if a bullet passed through. Even though this is not a new occurrence in the area, residents of the sweep agree that this shooting was “much stronger” than on previous occasions. They believe more than 40 shots were fired at the scene.

Community members of the Guachupita, Los Guandules, and Gualey sectors claimed that the clashes between gang leaders were peaceful, but the reality was quite different. They request that the National Police take immediate action in the area to confront the antisocials. They ensure that patrolling has decreased in the area, and criminals are free to carry out their criminal activities. Mr. Gregorio Soto, one of the residents in this area, understands that the government has good intentions to do a good job, but desires alone will not result in good actions against criminals. “A person like that is caught today, and the next day you see him on the street as if nothing happened,” he added.

Another person, who did not want to be identified for fear of retaliation, claimed that law enforcement officers are aware of the criminals in the sector but turn a blind eye because they are afraid of the antisocials who run the place. Furthermore, they claim that there are more illegal weapons in the neighborhood than in the National Police. “Here you have to carry out an operation without fear, you can’t be afraid of criminals, you have to face them as they deserve because they don’t care about attacking innocent people to get what they want,” said a nearby resident.

Some local merchants stated that they must close their doors before 10:00 p.m. for fear of being robbed or caught in a shootout that will not allow them to reach their homes in time. “Here, I have to close around 9:30 p.m., and even then it’s late because sometimes the (antisocial) business owners come to screw one over at gunpoint. We are distraught over this situation,” said Raul Balbi, a merchant from the Guachupita sector. Luis Frias, another merchant, had to beef up his business’s security after his premises was robbed four times in less than two months.

“This is getting worse, here the police do nothing, it’s like they are afraid of criminals. They cross quickly and immediately leave,” Frias added.

The police are afraid and justly so. Yet, they are required to overcome this fear to perform. If they will not carry out duties that are fearful, they should not be in the ranks.

The barrios under siege by criminals need relief.