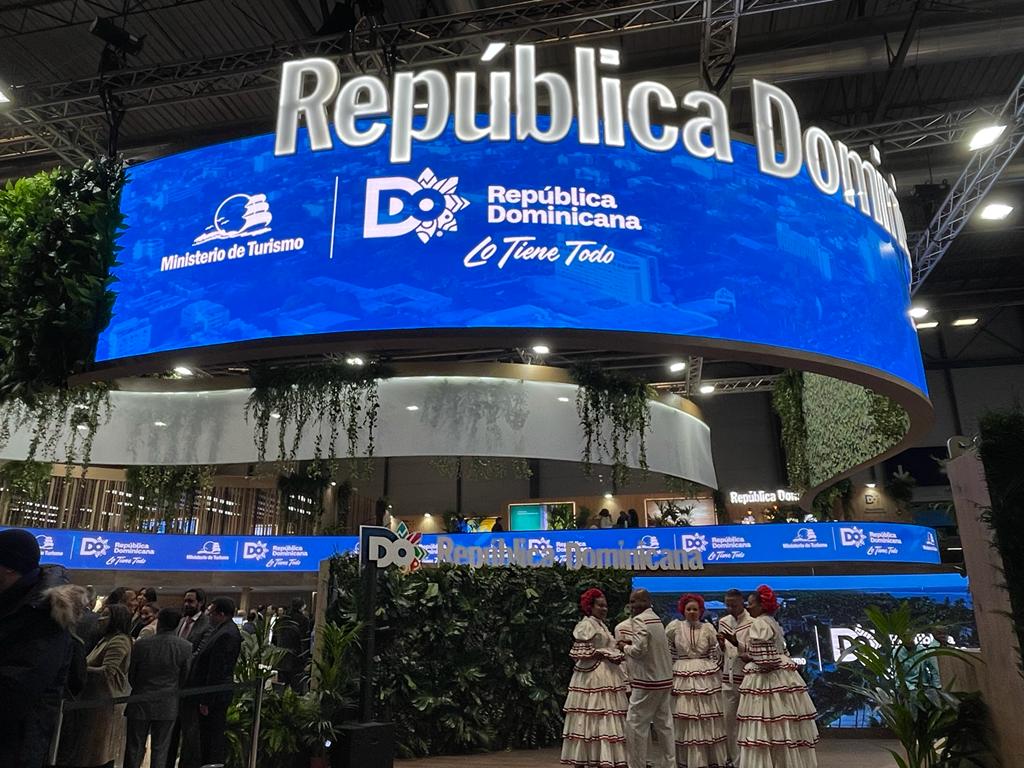 “Our goal is for the Dominican Republic to remain the benchmark in tourism for the continent, which is why we will continue innovating and will exhaust an agenda of more than 60 meetings in these weeks where we will close agreements with airlines, new hotels, and tourist investments, as well as tour operators so that we can continue promoting the arrival of tourists to our country,” Collado emphasized during the stand’s opening. Those attending FITUR will be able to visit an impressive stand highlighting the country’s attributes, as well as fifty companies displaying their tourism content. Coffee, tobacco, chocolate, and rum will be promoted as national products.

They will have a three-dimensional experience, visiting the country’s majestic beaches as well as other tourist attractions on the island. Among the agreements and announcements made on Wednesday, the Pioneer Group’s new investment in Macao, La Altagracia province, in the country’s east, which will begin the construction of a luxury hotel in said destination, stands out. They were joined by the minister of the president of Banco Popular, Cristopher Paniagua, the administrator of Banco del Reservas, Samuel Pereyra, the president of the Dominican Association of Hotels and Tourism, David Llibre, the Dominican ambassador in the Kingdom of Spain, Juan Bolivar Diaz, and other Dominican authorities present at the event.

maybe clean up the tourist area of Punta Cana by constant trash clean up, sweep the street gutters, fill in the potholes and pave the roads more often. Invest some of the 18% corrupt taxes you charge into the main beaches as many have eroded and full of seaweed on the beach. They want to build build build when the infrastructure can’t even handle what is built now!!! Build a Pricemart out on the highway in Punta Cana and move Jumbo out there as well. Have the police stop the idiots from just stopping their cars and trucks on the side of the main roads that are only one lane each way causing constant traffic slow downs. Police constantly pulling over gringos for absolutely no other reason then trying to scare them into paying money (stealing from the very people who invest in this country) I thought the new government was supposed to stop the corruption in the police?? Now they want to start taxing rentals as well. Guess what will happen if they do that. Less investors will buy rental properties as their profits already get chopped in fees to the websites and to their property managers so throwing another tax on top of that will cause the real estate market to suffer immensely,