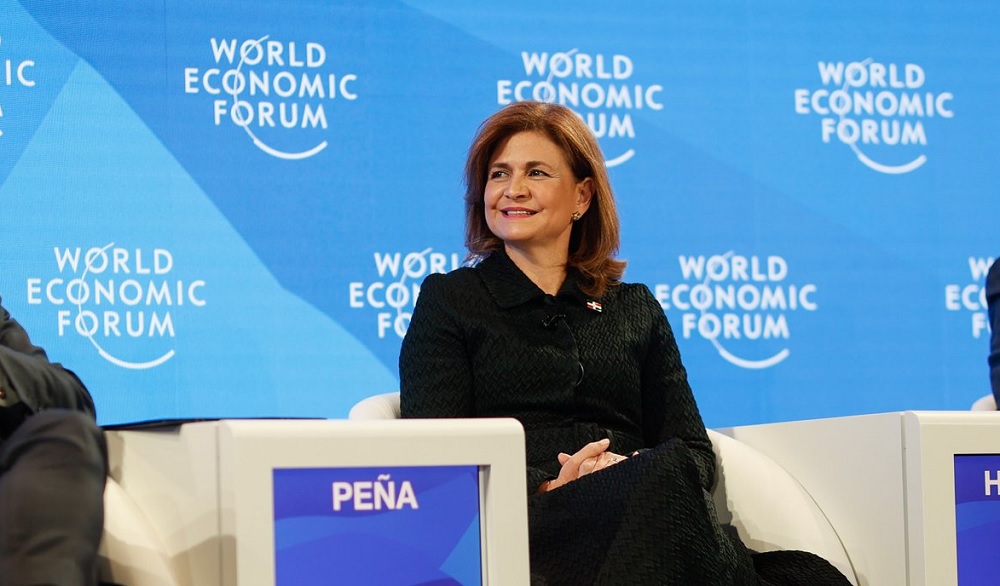 Three lessons on sustainable growth in the Dominican Republic, according to a document circulated at the Davos economic forum, “can serve as a model for achieving sustainable and inclusive growth.” The document is available on the Weforun portal and includes statements made during the meeting, which Dominican Vice President Raquel Peña attended. “While the Dominican Republic is known for its dynamic tourism industry, its resilience and diversified economy are equally noteworthy. From the turn of the century to the pre-pandemic period, its average GDP growth rate exceeded 5% per year, reducing poverty by more than half. The document states, “when COVID-19 arrived in 2020 and crushed the global trade and tourism activities that had driven the country’s performance until then, the economy contracted by nearly 7% (similar to its Latin American peers)”.

“Growth recovered after the Dominican Republic’s response to the pandemic, which caused an upward trend,” according to the text. Despite the current economic turmoil, the Dominican Republic recorded one of the highest growth rates in Latin America in 2021, expanding its economy by more than 12%, and is expected to post 5% GDP growth by 2022. According to the report, inflation has remained below the Latin American median, and Standard & Poor’s recently upgraded the country’s sovereign debt credit rating from BB- to BB, based on the strength of its integrated response to Covid and the corresponding economic recovery. A highly relevant result for the nation’s financing rate and a critical input factor for future economic growth.” President Luis Abinader and his administration have led this recovery, which began in August 2020, when vaccines were still in clinical trials, the country had not signed or negotiated vaccine contracts and the future was unknown.

As a small island developing nation, the Dominican Republic bravely took its destiny into its own hands by achieving one of the world’s highest daily vaccination rates per 100 people by the summer of 2021, even with a significant advantage over large economic blocs. This paved the way for the economy’s expansion. Tourism quickly returned to pre-crisis levels, accounting for 31% of FDI and 22% of foreign exchange inflows, and arrivals have continued to exceed pre-pandemic levels since the fall of 2021 (an achievement described by the IMF as a “remarkable recovery in tourism”).