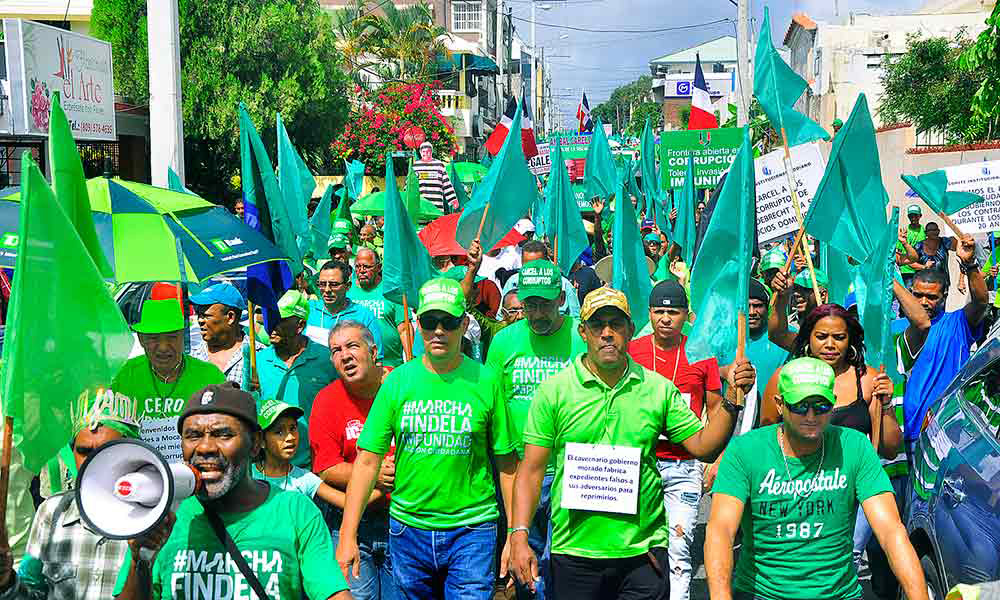 Yesterday marked the sixth anniversary of the March for the End of Impunity, also known as the “Marcha Verde” (Green March). This act, which draws millions of people, was carried out without such massive participation. A coalition of civil society organizations organized the march to demand that all those involved in corruption scandals face justice. Specifically, in the Odebrecht case, the Brazilian transnational Odebrecht was involved in the payment of bribes to officials of three Dominican governments (2001-2014). The social movement, which many considered to be the most important so far this century, has today shaken Dominican Twitter because many people have used this medium of communication to express their dissatisfaction with the former leaders of this movement.

As journalist Fernando Peña put it, “Green March was the hoax of the century, with managers ending up as officials of the government of change, with contracts and juicy profits.”

Likewise, Gaby Sánchez, @GabySanchezRD, stated, “the green march and protest in Plaza de la Bandera will be remembered as the biggest farce of this century.” Another citizen who joined the comments is Roberto Rosario Márque, who explained, “The green march, a social and political phenomenon of great impact, it is time to evaluate whether 6 years later it met its objectives. Its protagonists are members of the current administration, and they wield power and influence to achieve their goals.”