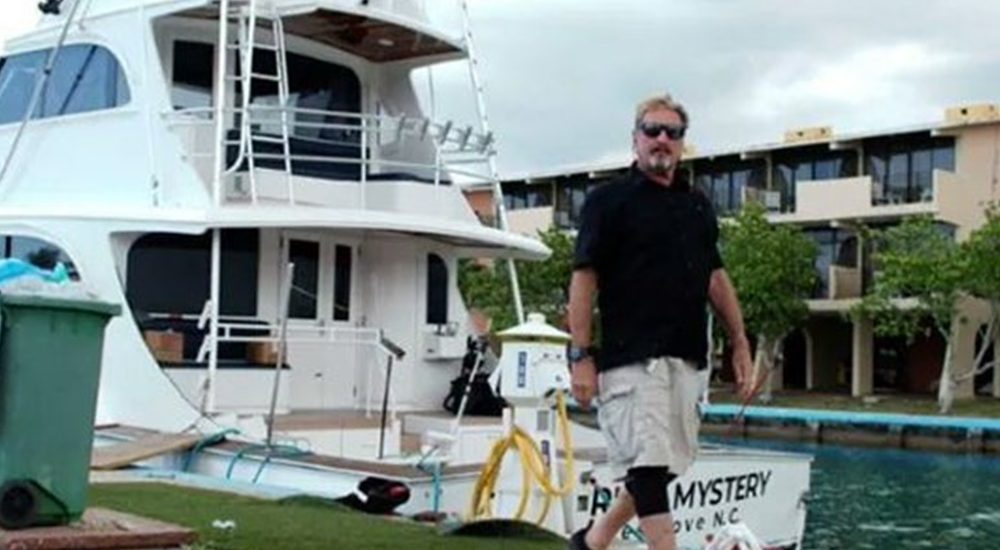 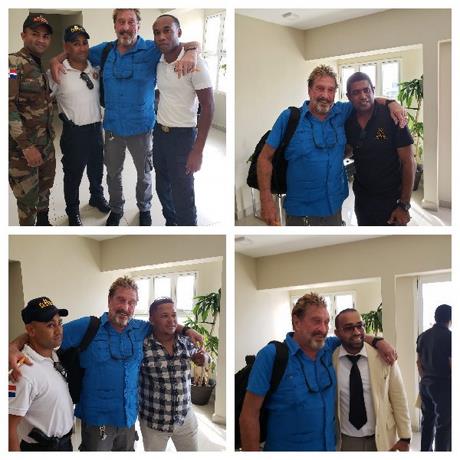 Puerto Plata.- The billionaire and founder of the McAfee antivirus company, John McAfee, arrested in Puerto Plata on Mon., was released on Wed., local media report.

He was detained with a group of foreigners after authorities found several guns of various calibers on a yacht in Ocean World.

He tweeted a photo that shows that he’s already been released.

The photo shows the haggard billionaire leaving a police precinct in Imbert, Puerto Plata. “Abandonment of detention (don’t judge my appearance – four days of confinement). I was well treated…”