Baver falling in love with the Dominican Republic, delivering the World Baseball Classic championship base to Academia Medias Rojas in 2013 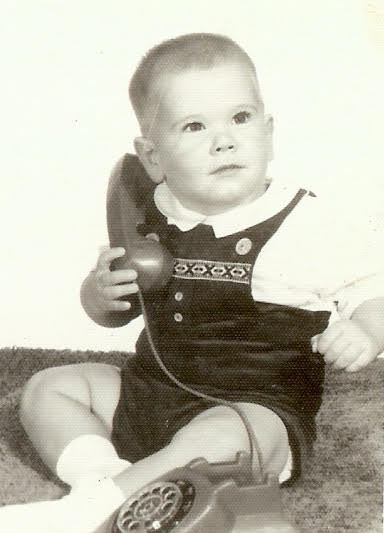 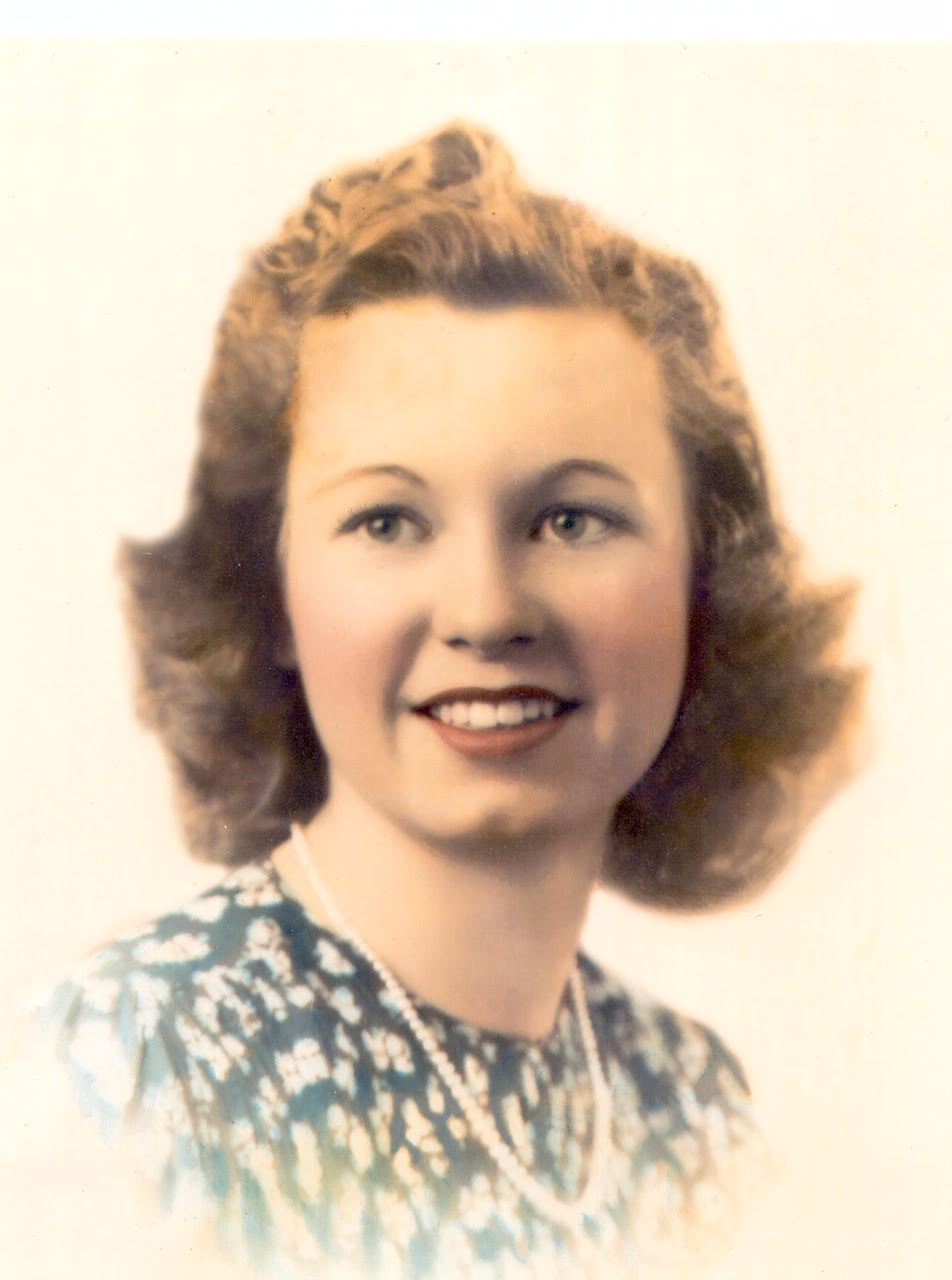 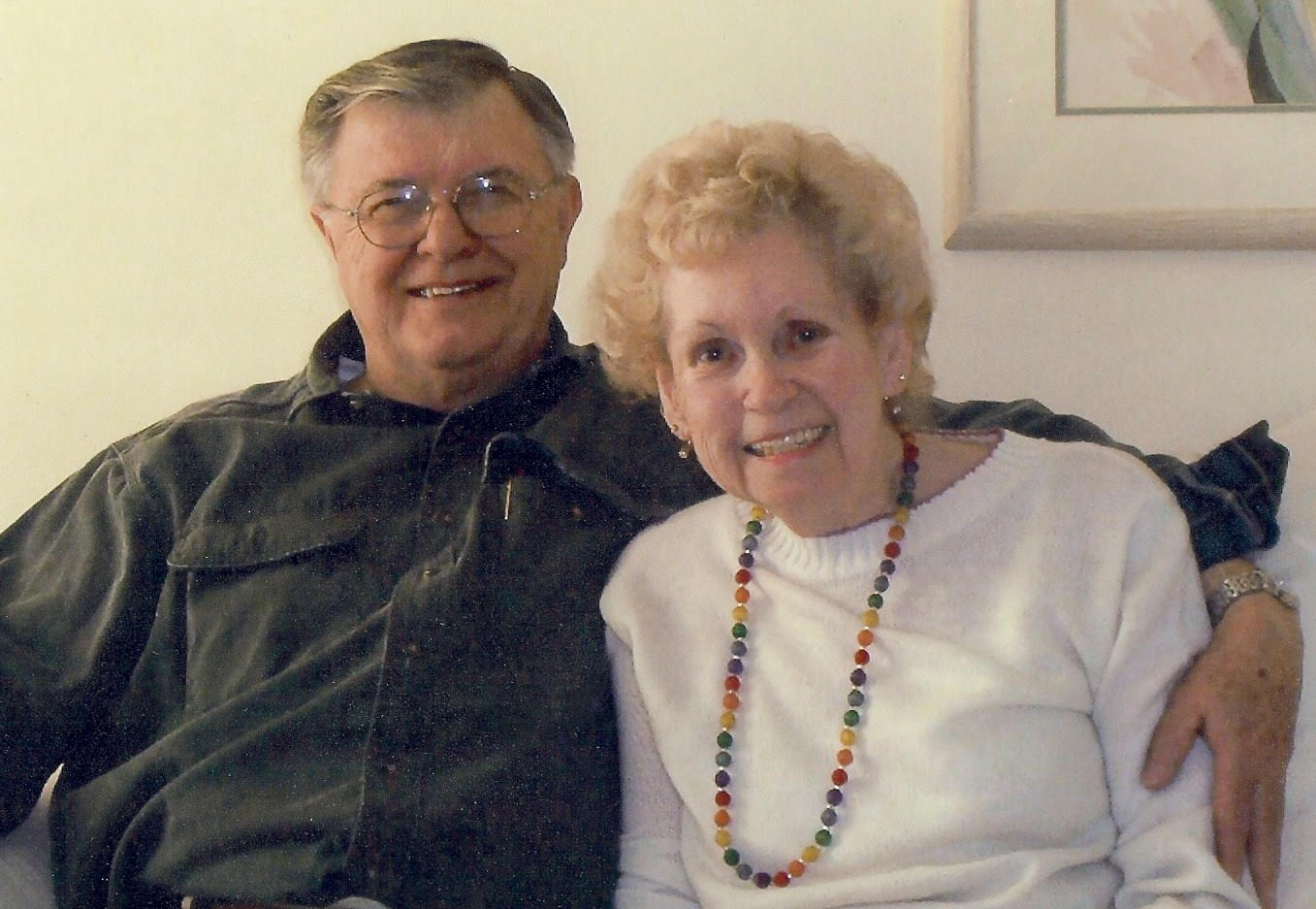 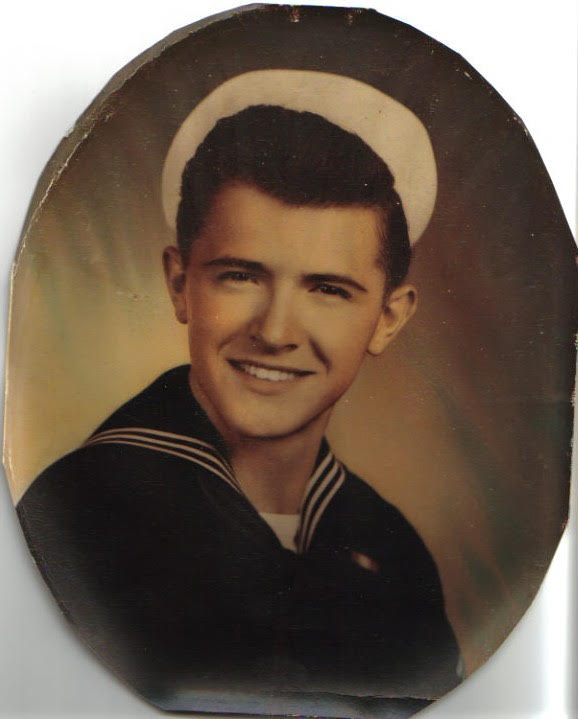 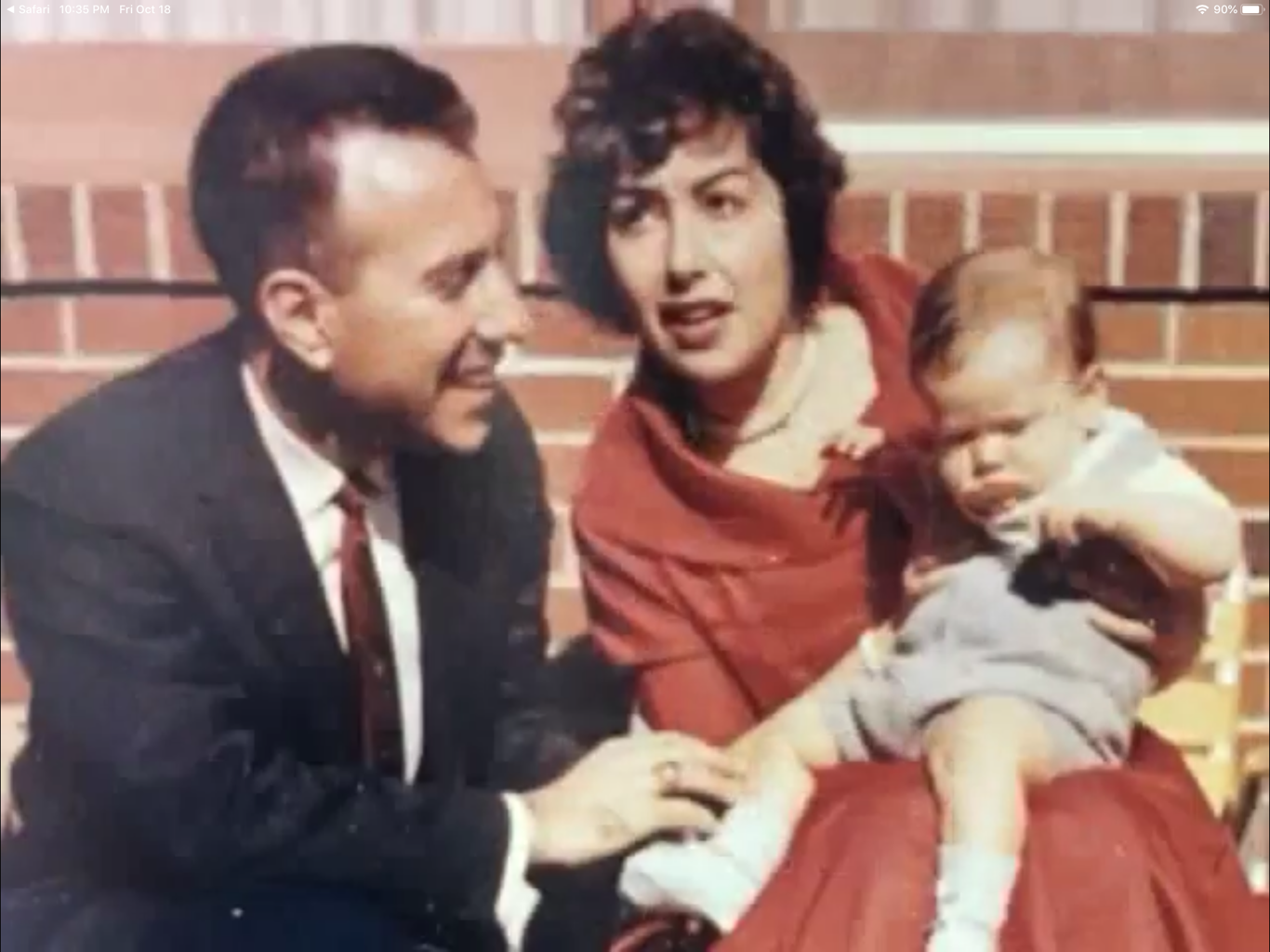 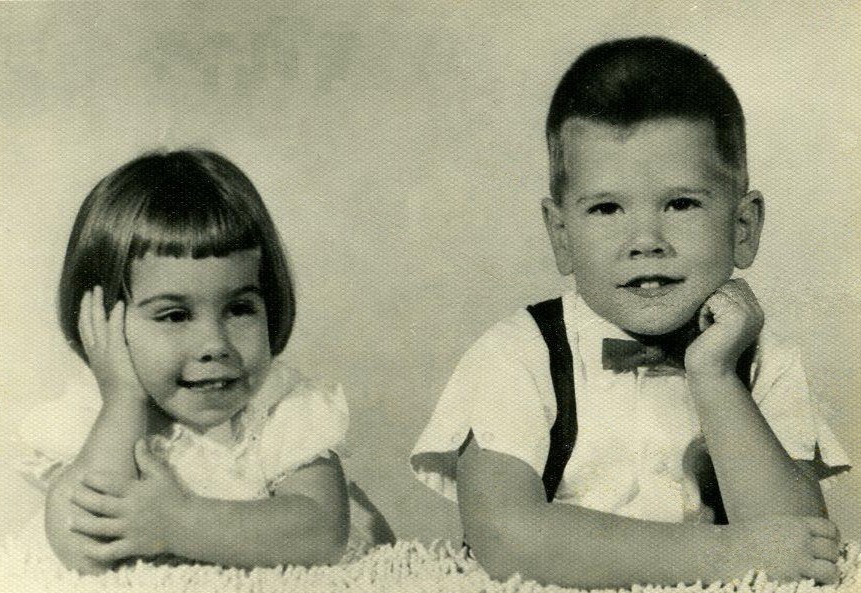 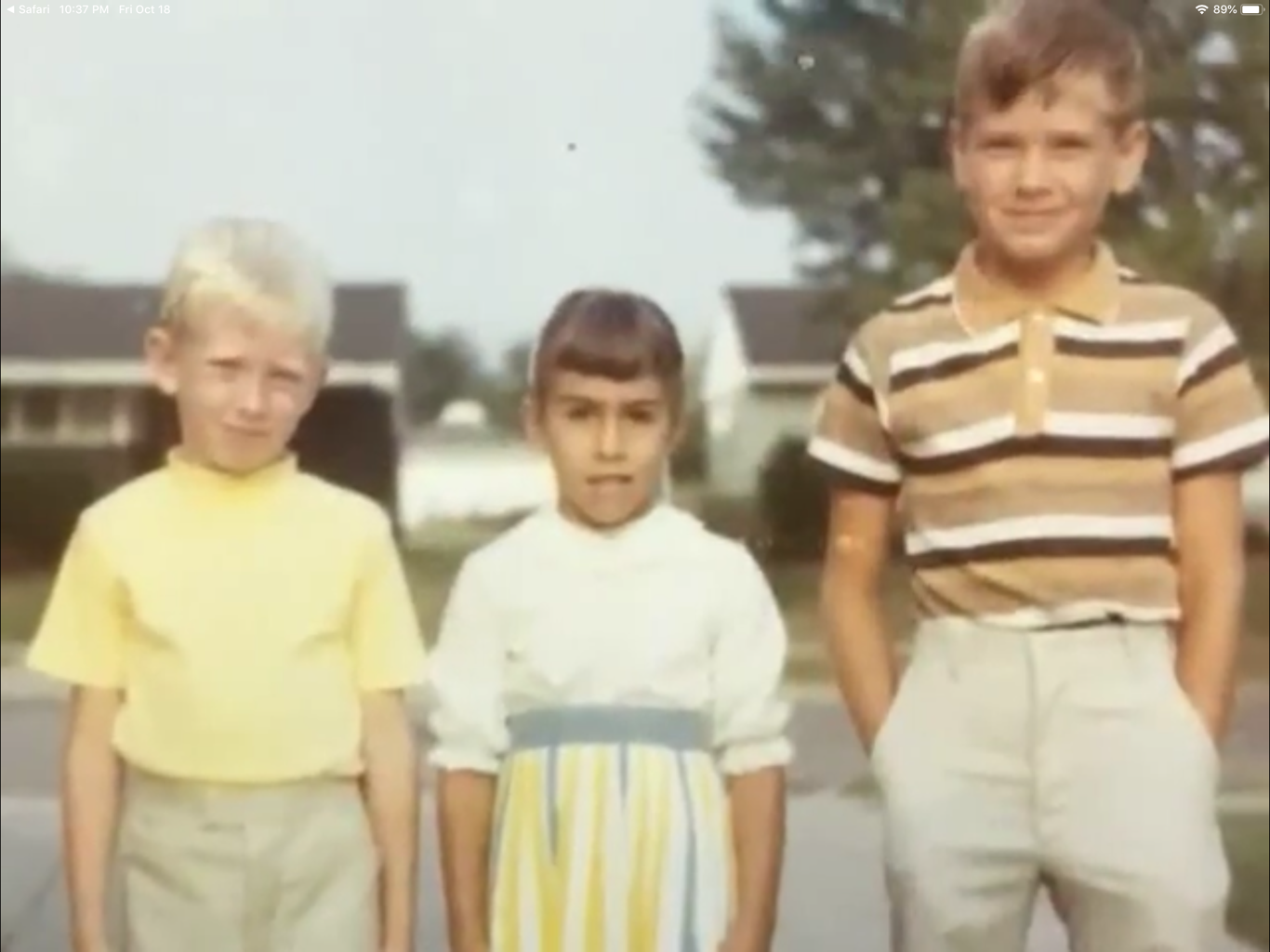 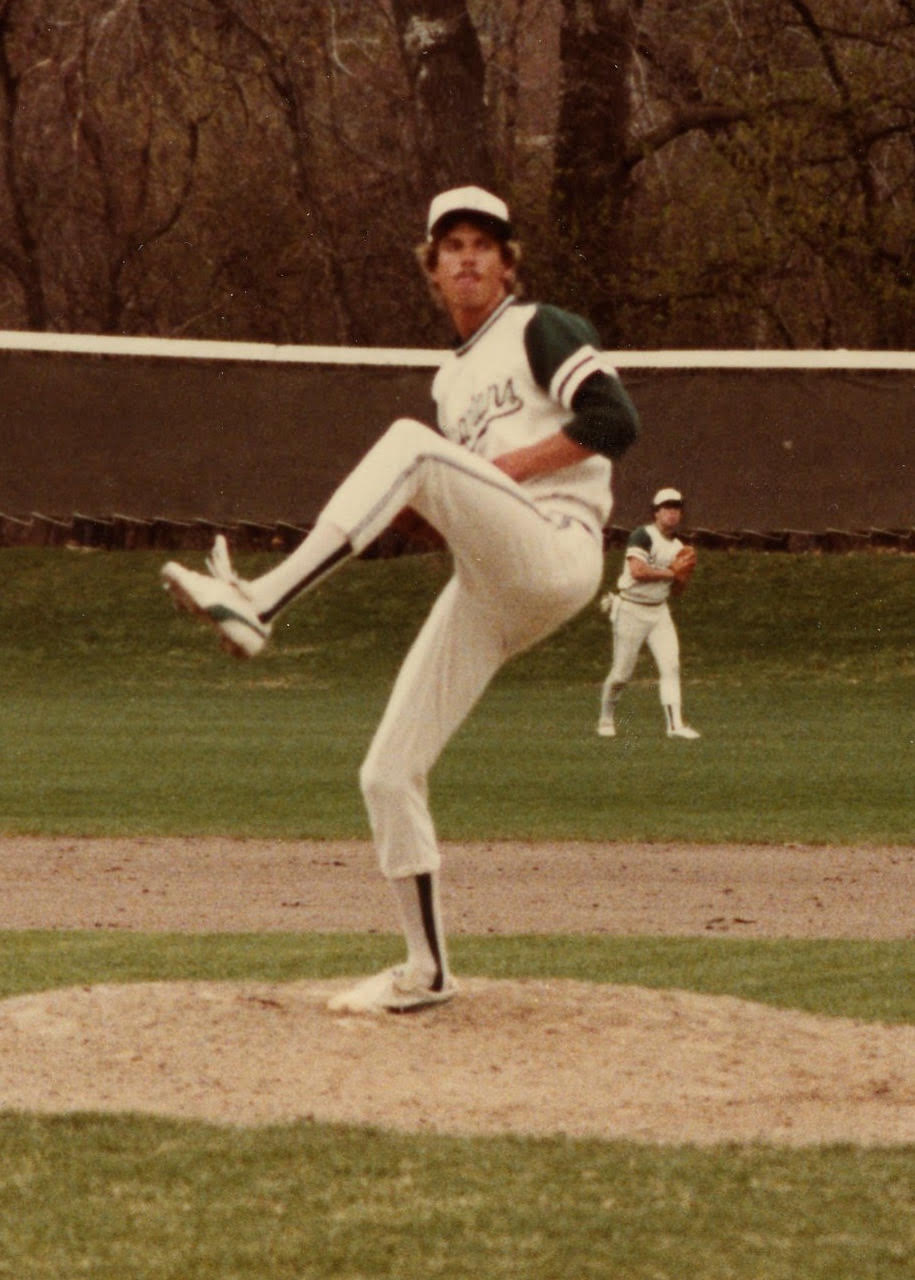 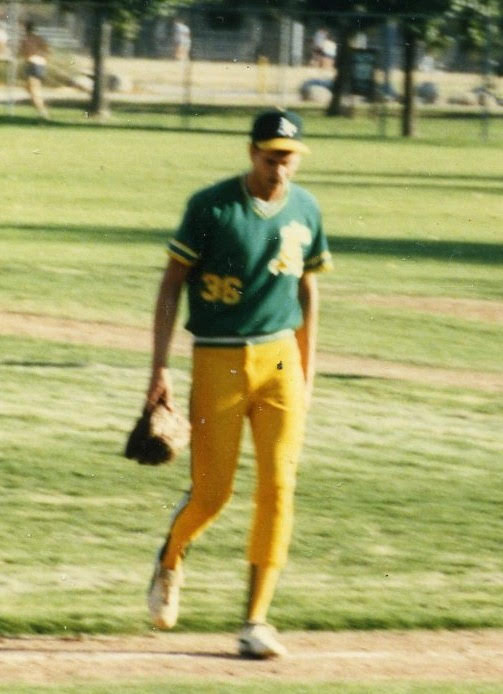 From Jewish indoctrination to baseball rebellion

“The river flows, winding ’round each bend. Who knows its currents or from where the wind that rides above it has come?”

On December 6th, 1960, in Hartford, Connecticut, USA, Hugh Baver’s 40-year journey of discovery began. The search for his biological parents, the “nature vs. nurture” background that significantly shaped and influenced the course of his life would ultimately forge the trail that would lead him on his improbable path to the Dominican Republic. 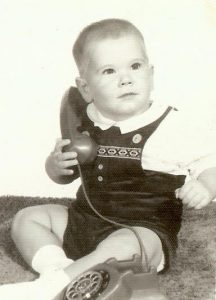 Baver was born to a 39-year-old mother named Elizabeth “Betty” Roy. She enjoyed good general health, was Protestant and had four children before Hugh with her husband. None of Hughś half-siblings knew of his existence. His biological mother was an executive administrative secretary for a large corporation at the time of Hugh’s birth. His biological father was 21-years-old at the time of Hugh’s birth and was living with Roy.

At the ripe old age of 45, Baver would finally meet his biological mother. He vividly remembers the day he finally met Elizabeth Roy at her senior living residence with breathless anticipation and overflowing emotions. She was still in Hartford, Connecticut.

Baver found that Betty Roy was very athletic in her younger years and was an accomplished bowler. This knowledge helped Hugh understand why, ultimately, he became a professional level baseball pitcher as he had her genes for a “good arm.”

Also, other unique points, such as how she always had her coffee black with just a dab of cream, which is precisely how he prepares it. She also perennially had specific “lucky clothes,” which were her favorites, which was the case for him as well. Maybe not earth-shattering coincidences, but when you’re searching for meaning and connection, some of the minute points she brought up resonated deeply with him. 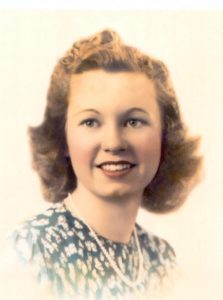 Baver’s birth mother Elizabeth “Betty” Moore in her high school graduation photo, she was salutatorian of her class in Hartford, CT.

Hugh met his biological father, Horace “Al” Moore, after getting his name from Betty Roy. Similarly to his mother, “the apple did not fall far from the tree.”

Moore was a traveling sales rep for an auto parts manufacturer covering the same territory in Northern New England (Maine, NH, & Vermont) as Baver did. Being a territory sales executive for Compaq/Hewlett-Packard and IBM, Baver likely passed his father on the highway on dozens of occasions from the mid-1990s through 2012. Before Hugh’s birth, Moore had been a Navy bombardier in the Korean War.

During his service, Moore was shot in the stomach while in his plane but survived the severe injury. Later in confidence he told his son Baver that he had mistakenly given the signal to launch one of the Navy fighter jets when the pilot wasn’t in the cockpit yet (he was scratching his nose, and the ground crew thought it meant to give the sign to launch where they hand/arm motioned down their batons) and the plane crashed into the ocean. 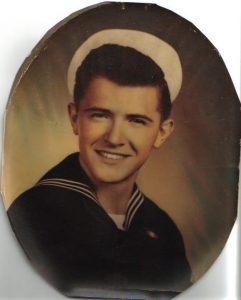 Horace “Al” Moore lives up in Lubec, Maine, the easternmost township on the Canadian border, which is just across from Campobello Island, president Franklin Delano Roosevelt’s summer home. While FDR was summering in Campobello, he directed the conception of the 1938 Evian Conference of which Baver is now so actively interested in and involved with. 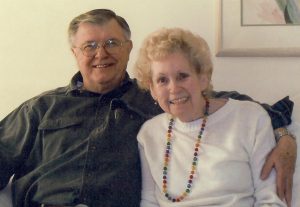 Photo, taken the day of reuniting his birth parents Al and Betty who had not seen each other for 40 years since Baver’s being given up for adoption

Baver was placed with the Jewish Family Service in Hartford, Connecticut, for adoption.

Coincidentally, the main reason Baver’s biological mother gave him up for adoption through the Jewish Family Service, even though she was a Protestant, was that her family doctor was Jewish and recommended: “this as the best agency to provide the child his best chance of making it.”

Baver’s adoptive parents, Howard and Ruth Baver, informed their son from a very young age that he was adopted and explained what that meant. The fact that Hugh’s adoptive father Howard Baver was a social worker employed by the Jewish Family Service was pivotal in Hugh’s adoption to the Bavers. Howard was also a psychologist and was trained that it is vital to let an adopted child know as soon as possible that they were adopted versus waiting to tell them years later or not telling them at all, which frequently happens and causes further problems down the road. One thing Baver’s father and mother told him which always stuck with him was that “He grew in their hearts, not out of them.” 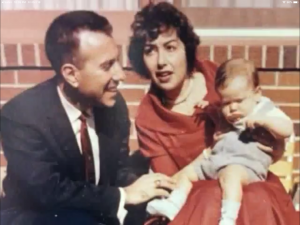 The Bavers: Howard, and Ruth in 1961 happy with newly adopted child

Despite the loving way he was informed of his adoption, for years afterward, Baver would be continuously nagged by the voices in his head wondering throughout his childhood and developmental years who his actual biological parents were?

Perhaps one of the reasons these questions persisted so strongly was due to the dramatic differences in appearance between his adoptive parents’ shorter statures, dark hair, and completely different facial features and his light hair, light eyes, and conspicuous height.

Baver distinctly remembers many childhood photos with his parents beginning at age 12 or 13 how he towered above them and his sister with lots of blue space on either side of his head.

Ironically, Baver’s adoptive parents had tried to have a child for five years with no success. They adopted Hugh, and eleven months later, Howard and Ruth conceived a baby girl. They named her Beth. 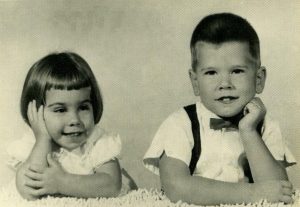 Baver would spend the next thirteen years growing up in Tonawanda, NY, a suburb of Buffalo, NY. Then the family moved to Southfield, MI, a suburb of Detroit, MI, due to a promotion and expansion more befitting his father’s vocational service background of holding a Master’s degree in psychology and social work. Hugh attended college at Michigan State in 1978. 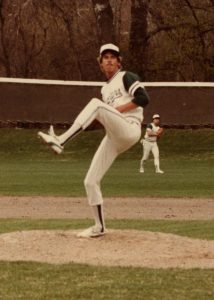 These days Baver feels and understands he was fortunate to have enjoyed a traditional middle-class upbringing in a Conservative Jewish household with a strong emphasis on Judeo-Christian values and religious traditions.

But as a teenager who faced rejection and discrimination from other Jewish as well as gentile “goy” kids, he rebelled and found his own more relaxed version of Judaism.

Academic efforts, social pursuits, and baseball occupied Baver’s main focus up until age 24 when his first child, Rachel, was born in Los Angeles, followed by his first marriage at age 27. The thought of raising children brought his Jewish upbringing back to the forefront in his life to the degree that his wife converted from Catholicism to Judaism for their marriage.

Five years later, they divorced, and his wife reverted entirely back to Catholicism, forgetting Judaism entirely, to the point of not fostering it in the couple’s then two young children they had together.

Baver’s adoptive parents were very much committed to educating their son on clearly understanding the magnitude of the holocaust, and it stayed with him for years manifesting in his évian conference 80th-anniversary commemoration project last year. Knowing the 1938 conference, as the follow on Sosúa episode, were little known but pivotal and completely interconnected pieces of holocaust history with essential and relevant contemporary parallels, Baver felt compelled these were stories which desperately and urgently needed to be told.

Like most young people, trying to find his place in the world, Baver rebelled. In his case, his identity was divided by his childhood experiences growing up as a Jew in an overwhelmingly Christian world, and his parents’ strict insistence of continuing to practice Judaism. He and his sister were placed in Hebrew school through the beginning of high school and always had to go to Saturday Shabbat services.

As little leaguer growing up in Tonawanda, NY with adoptive father and sister

In both of those cases, Baver would be longingly staring with envy out the window of the Hebrew school as well as during Temple services, at boys playing baseball across the field where he would much rather have been. In later years he would play both Division 1 college baseball at Michigan State University and professionally. 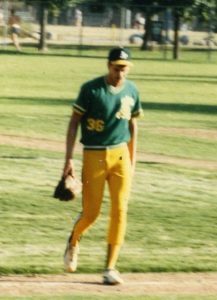 Next: Baseball and the road to Sosúa