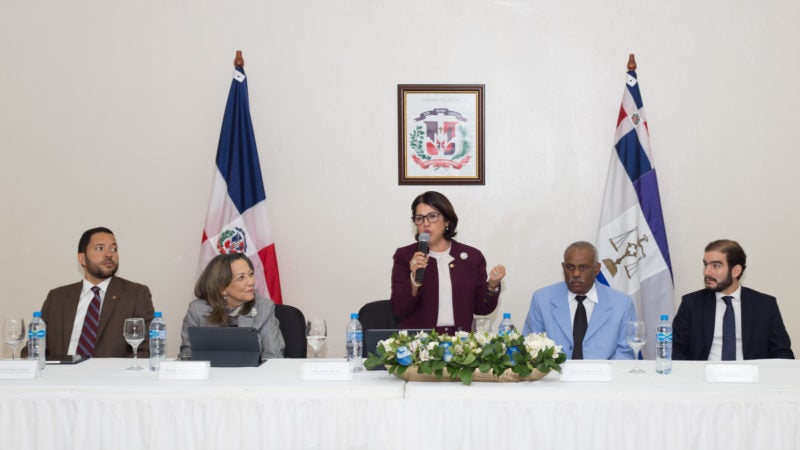 PUERTO PLATA – The Judiciary announced that this province will be the starting point for the implementation of the Justice 20/24 Vision, which will result in a more accessible, timely and efficient justice system.

Within that framework, the Judicial District of Puerto Plata will host a seminar that will receive hundreds of judges from all over the country at the end of this month, to socialize and discuss the lines of action of this plan.

The scope and implications of Vision Justice 20/24 occupied this Wednesday the agenda of a meeting of authorities and officials of the Council of the Judiciary with representatives of the legal, private and civil society sectors of Puerto Plata, held in the Conference Hall of the Palace of Justice of this city.

The presentation was attended by the media of the province and the North region.

Judge Nancy Salcedo, judge of the Supreme Court of Justice and member of the Council of the Judiciary, explained that the objective of the call is for the Puerto Platan population to know the scope of the judicial transformation, its courses of action and its impact on the sectors involved, but above all, the benefits for people.

Vision Justicia 20/24 will result in a new and better relationship with the users of the system, said Dr. Gervasia Valenzuela, general secretary of the Judicial Power Council. She added that what is sought is greater access of vulnerable sectors to justice, quick solutions to conflicts and more adequate infrastructure.

She explained that the Judicial District of Puerto Plata is chosen because its headquarters lends itself to the physical distribution model that is pursued to ensure that users of the system receive timely and accessible services, both for legal experts and for the general population.

Vision Justicia 20/24 is based on three fundamental axes, which are “justice for all,” “timely and efficient judicial service” and “integrity for reliable justice.”

To move towards this efficiency model, one of the main aspects is the reduction of judicial default, said the representatives of the Judicial Power Council.

This plan arises from a collaborative process with judges and judges and a series of consultations with key actors of the justice system, civil society, multilateral organizations, universities and vulnerable groups, which allowed identifying the main weaknesses and opportunities for improvement.

During the consultations, initiated three months ago, dialogue tables were formed, with the participation of more than 300 users of the system and the general population was accommodated with the reception of proposals through the Judicial Branch’s website.