Chapter 6 – From inspiration to action, Sosua75 is conceived 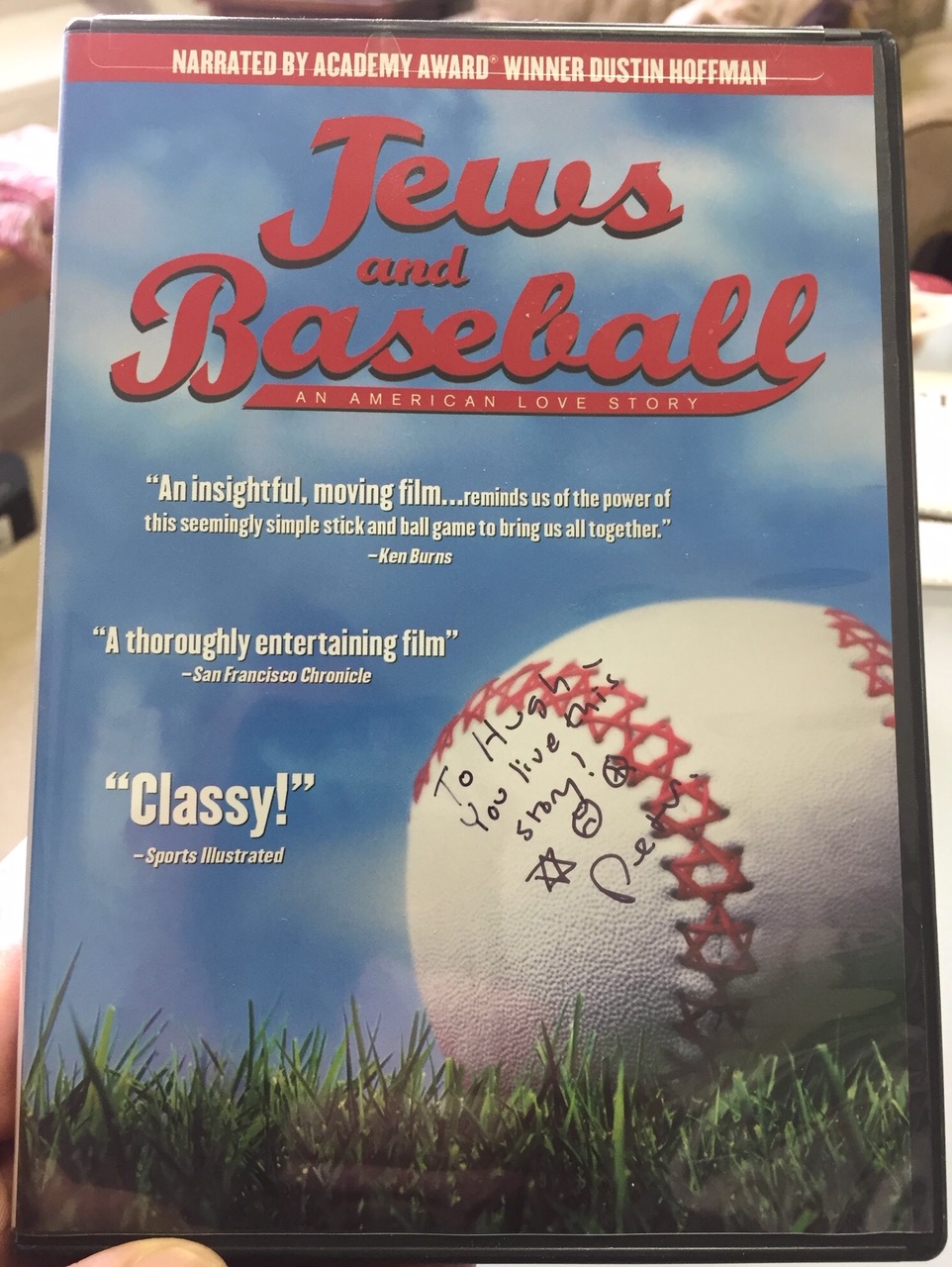 "To Hugh - You live this story!" — Peter Miller 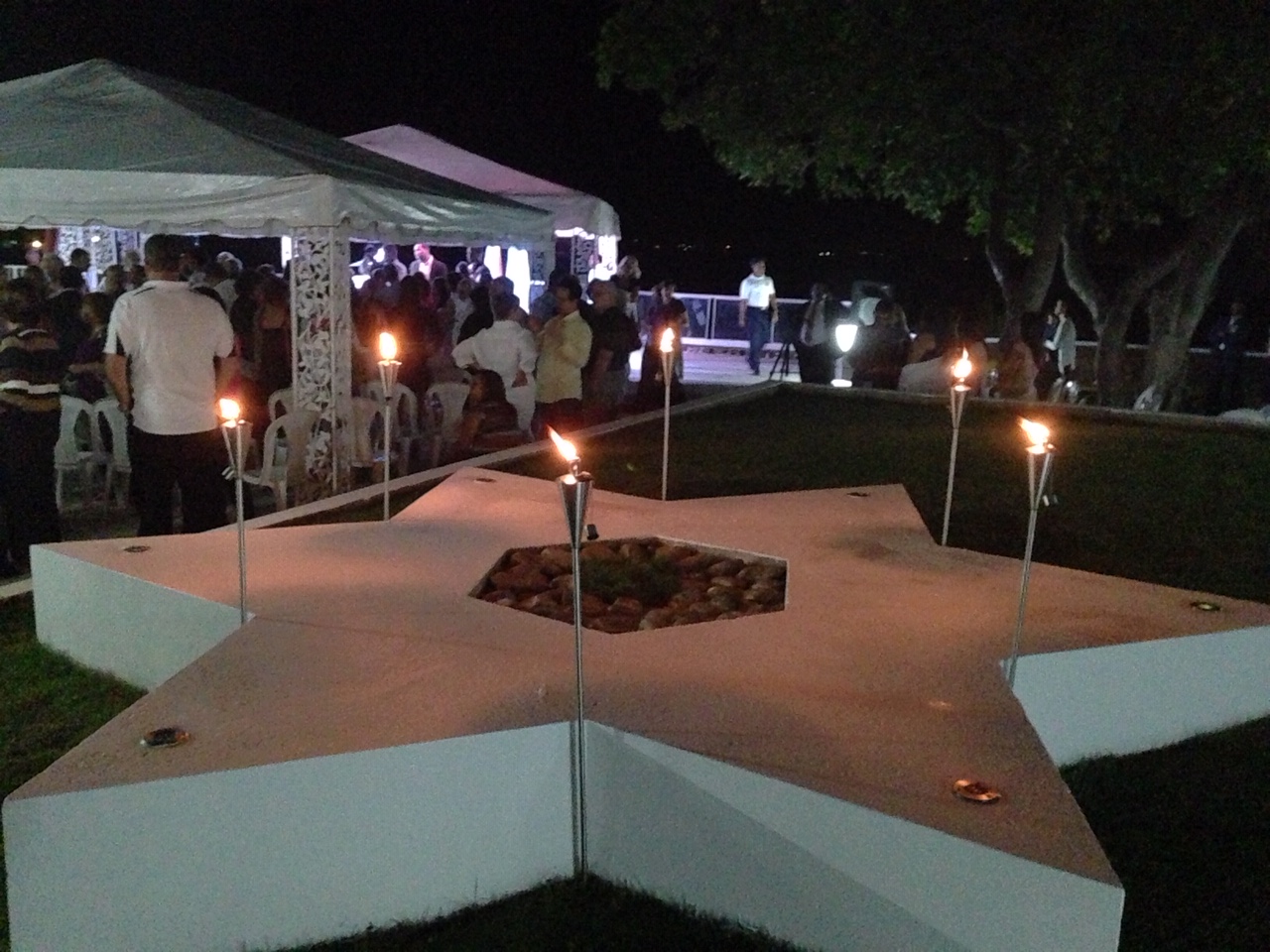 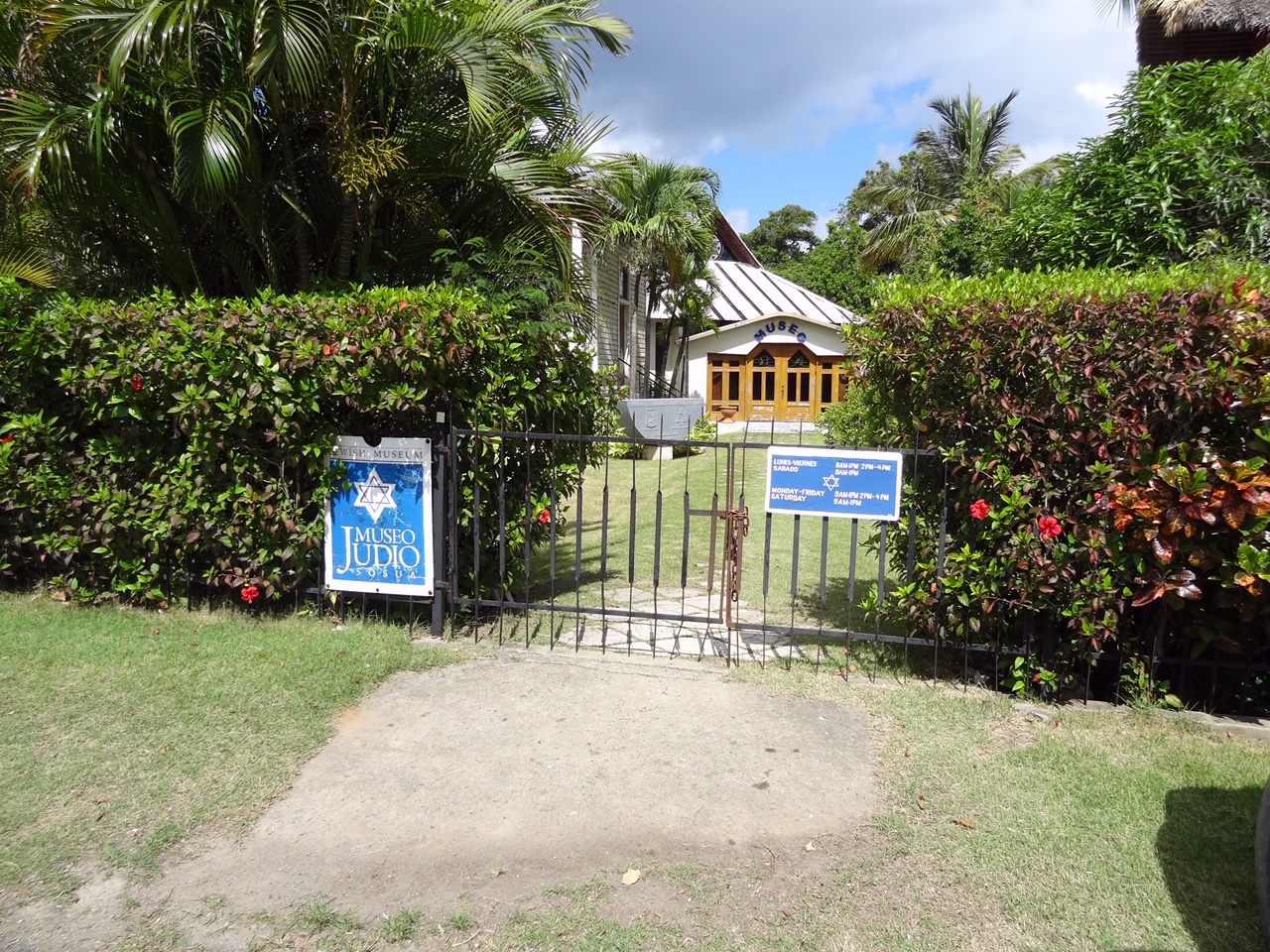 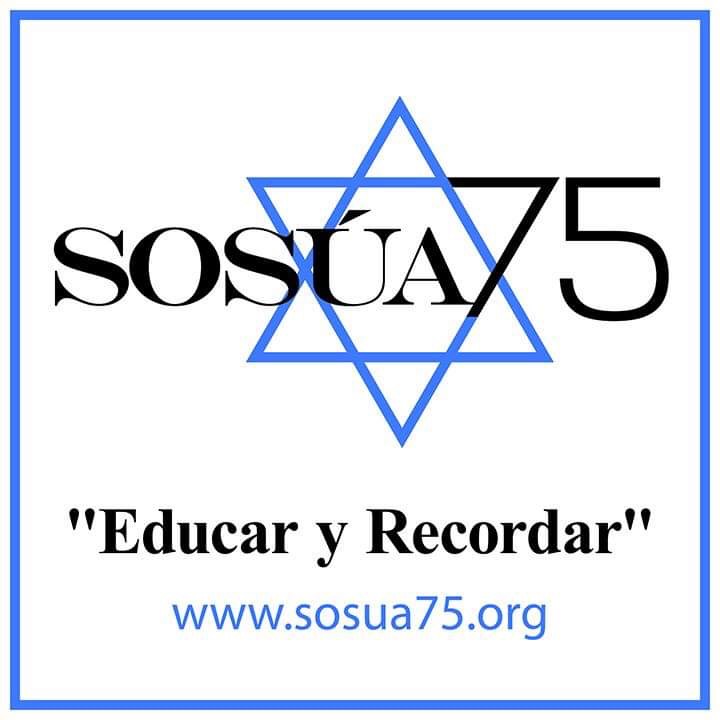 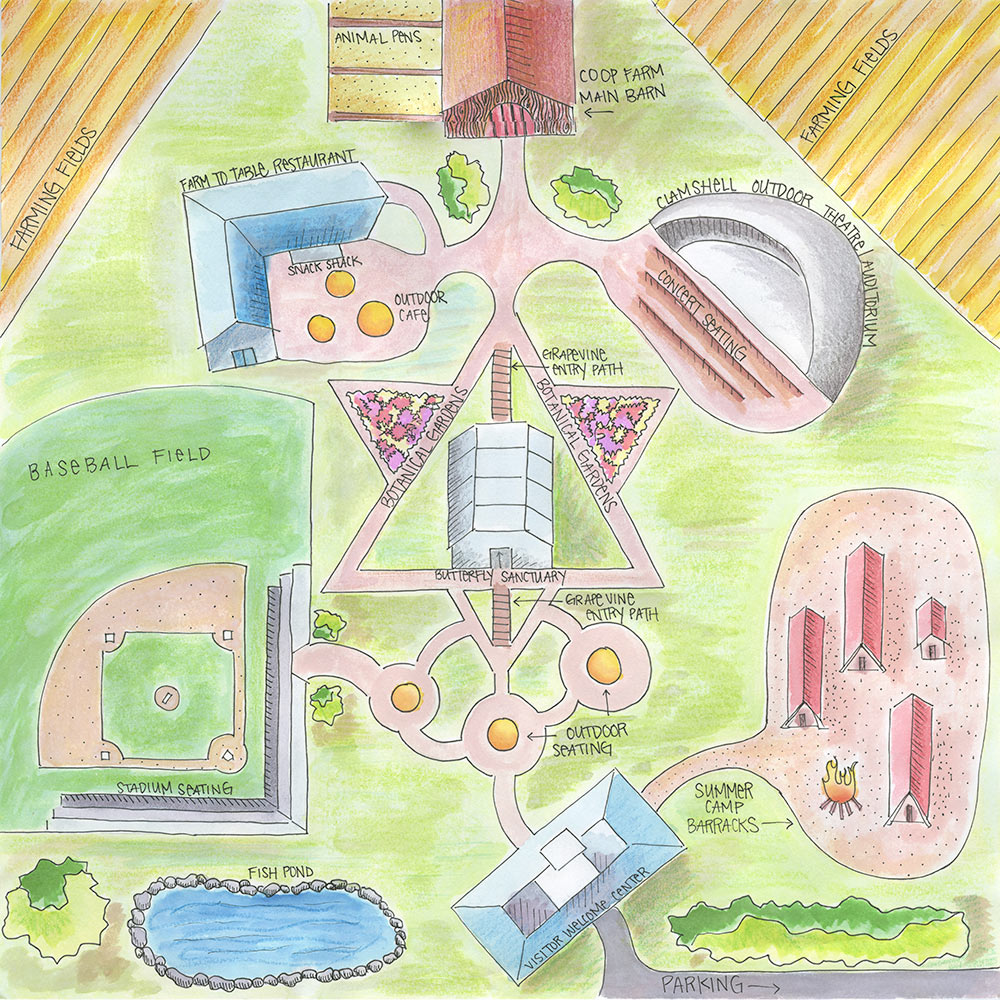 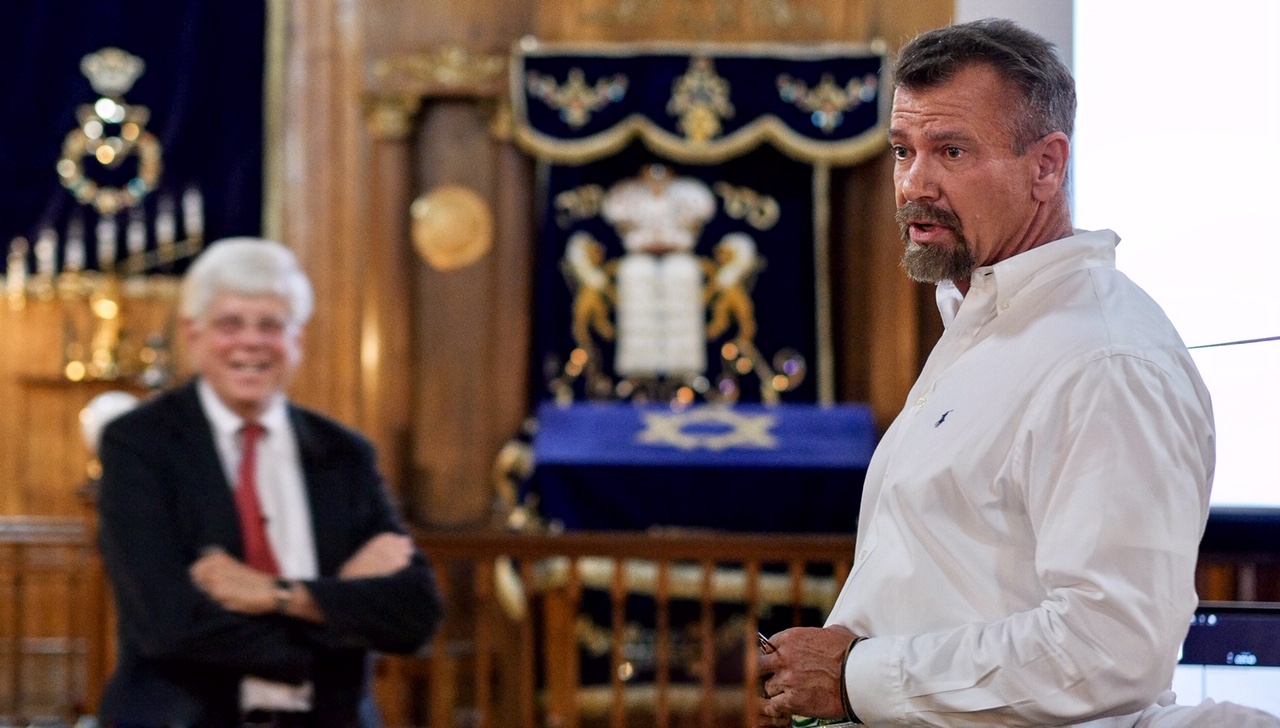 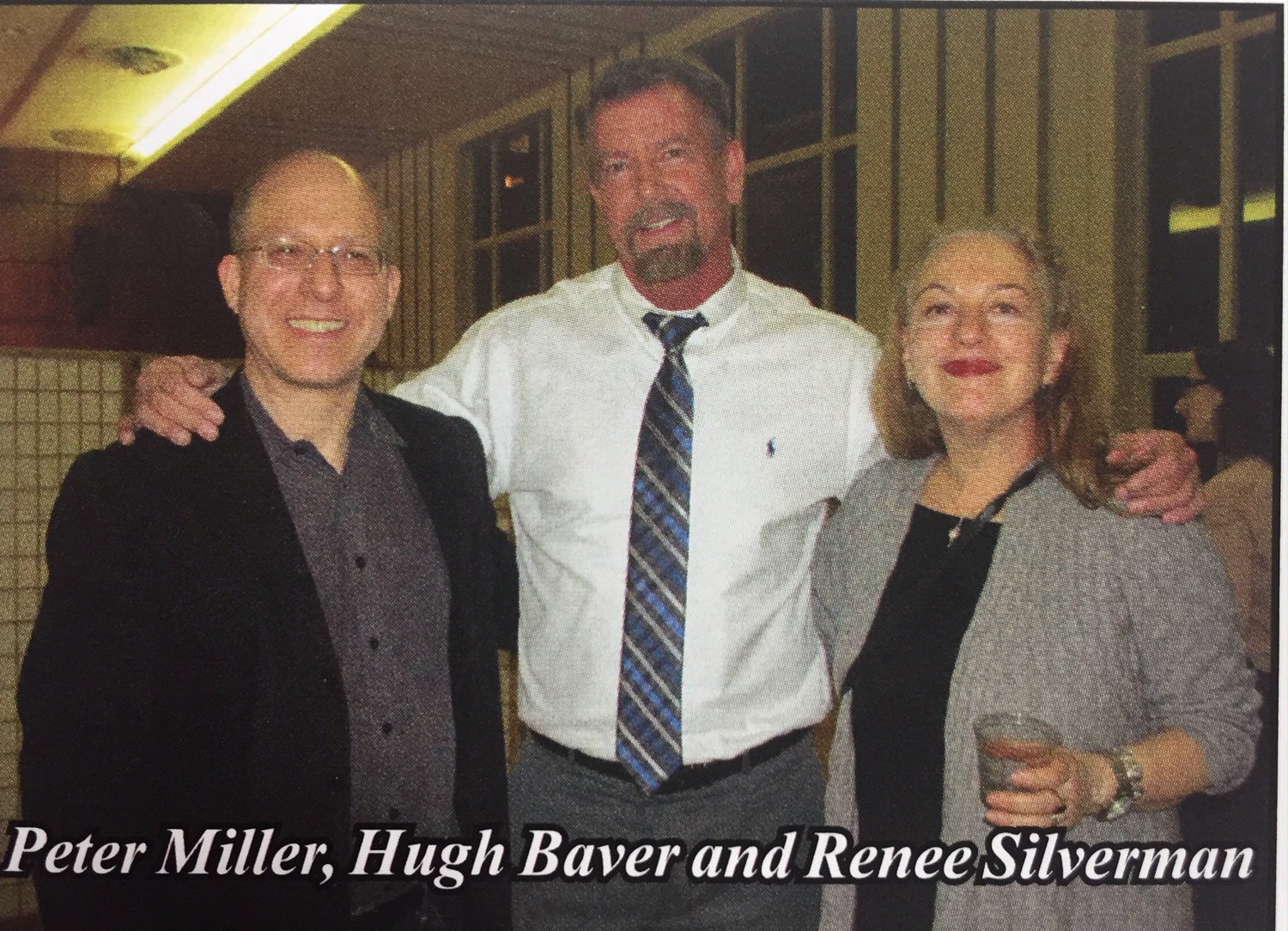 Returning to our ongoing series feature story, we covered a lot of ground in the first 5 Chapters of Hugh Baver’s life and his journey to Sosua.

Beginning with his adoption and early childhood years, we learned of his developing love for the sport of baseball and commitment to his Jewish upbringing. Significantly influencing his future steps, now coming more clearly into focus is how the Dominican Republic and the Jewish origins of the region ultimately attracted him here.

We recall that it was on Baver’s 2010 and July 2013 World Baseball Classic Championship base donation trip to the Red Sox Academy, where he first learned of the rich history of the North Coast, Hugh eagerly planned his first trip to Sosua in January of 2014.

Baver was invited on that trip to take part in two significant local events; the Friday/Shabbat Synagogue service with a speech given there by then-Israeli Dominican Ambassador Bahij Mansour. And the seaside Holocaust Commemoration ceremony, which took place at Parque Mirador the following evening. 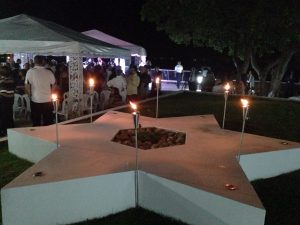 On these occasions, Baver was pleased and encouraged to meet Sosua Mayor Ilana Neumann, as well as other Jewish Museum original Jewish settlers and community leaders here. At that time, Baver offered his assistance and asked them if he could be part of a US-based effort to recognize and support the significance of the 75th Anniversary milestone.

Joe Benjamin, one of the Sosua original settlers, even afforded Baver a personalized local tour of the historic synagogue and MuseoJudio where he imparted some incredible “inside” insights from his experience here, many of which he documented via video. 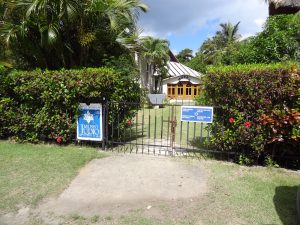 Attending these historic ceremonies and taking in the natural beauty of the North Coast region made a profound impact on Baver. Filled with optimism and captivated by his unique Sosua experience, he wanted to share his discoveries with others. So much so that three months later, in April of 2014, Baver was inspired to convert his inspiration into creative action. With its stated mission and tag line of “To Educate and Remember” in April of 2014, Baver’s intrigue manifested in the formal incorporation of Sosua75.org; a Boston, Massachusetts based Non-Profit Organization. 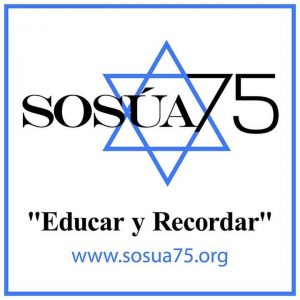 With Baver’s stated intention of raising global consciousness of the two connected, yet little known, Holocaust episodes of the 1938 Évian Conference and the consequent formation of the 1940 Sosua agricultural refugee settlement here, he named the NPO project “Sosua75.”

The number 75 represented the 75th Anniversary of the original founding and establishment of the Sosua Jewish settlement. The anniversary celebration was scheduled to be held in the following year, 2015.

Part of Baver’s overall plan and an essential piece of his Sosua75 project vision was to spearhead the future construction of a Jewish Dominican Cultural Education Center in Sosua. Blending elements of the Jewish and Dominican cultures, both having strongly influenced the development and growth of this area, Baver’s goal was to create a captivating international family tourist destination here.

Designed to attract “cultural” tourists of all ages, he hoped to gain both US and Dominican support for the construction of a municipal or privately funded tourist attraction close to the Puerto Plata airport. Included in the plan was a baseball stadium and training complex, cooperative community farm, Butterfly Conservatory honoring the Mirabal sisters, and the establishment of a year-round education center for University student exchange and Service learning programs. 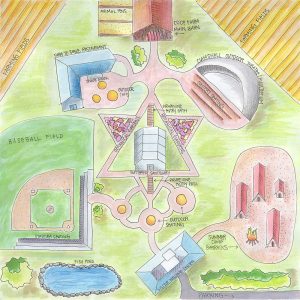 In May of 2014, a small Jewish community newspaper in Baver’s home state of New Hampshire took an interest in his travels. It published an account of his trip entitled “Sosua Dominican Republic: A Little Known Story of Jewish Survival.”

This piece would be the first of over 20 globally published articles, multiple TV and radio appearances over the next five years chronicling his continuing interest in the history of both the 1938 Conference and the Dominican Republic’s unlikely role in welcoming fleeing European Jewish refugees when no other country would.

Baver’s next step with the project was to schedule his first US public appearance and lecture on Sosua. In September of 2014, before 25 intrigued congregants at a small oceanside Orthodox synagogue situated right on the beach in Old Orchard Beach, Maine, Baver enlisted the assistance of Dr. Allen Wells, a local Bowdoin College professor to be his keynote speaker. Wells was the son of one of the original Sosua settlers and the author of Tropical Zion. 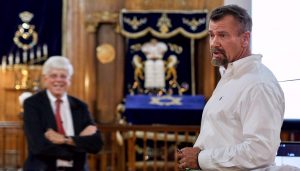 Based on the warm reception for his first program and published article, Baver’s excitement for educating others of this history through his NPO continued to grow. He even received an incredibly supportive message sent to him by one of his newfound local friends living in the Seahorse Ranch. They wrote, “you incarnate what the local Jewish/Dominican community, and I have dreamed about doing here for years.”

However, Baver’s excitement and optimism were very short-lived. To his shock and great disappointment on September 10th, 2014, Baver received an unexpected email on official Sosua municipal letterhead signed by Mayor Ilana Neumann and Ivonne Milz, the Director of the Jewish Museum.

The contents read: “Dear Mr. Beaver (misspelling his last name), the following is to inform you that we are deeply disgusted where we realized that you have created a website about the celebration of the 75th Anniversary of our Jewish community including even a logo. We, therefore, ask you formally to cease and desist using our celebration as a means to ask for donations, also asking you for the same reasons to immediately eliminate the website Sosua75 and its respective logo.”

Reporting fairly and accurately on the associated facts and both sides of the “controversy,” the Jewish Advocate article was extremely controversial. Creating quite a buzz in the Boston area, the piece generated many comments and opinions from the newspaper readership. The overriding sentiment expressed was that of appreciation for learning of these “little known” yet contemporarily relevant historical Holocaust episodes.

The broad exposure generated by the Boston Jewish Advocate Article then led to 2015 invitations scheduled at two of the most prominent Synagogues in downtown Boston. The first program held on March 7th at Congregation Kehillath Israel in Brookline featured the Boston premiere of “Sosua, Make A Better World,” a documentary film created in Washington Heights NYC by Boston filmmakers Peter and Renee Silverman.

Making another Jewish Baseball connection, coincidentally, one of Miller’s other noted documentaries was “Jews and Baseball, An American Love Story,” which he inscribed a copy of the DVD and presented it to Baver at the program. 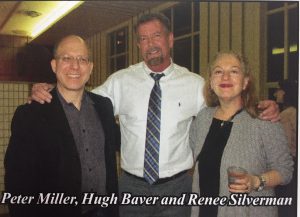 The Boston Israeli Embassy recorded a special video message which was played as an Opening Welcome message to frame the evening’s program.

One of the noted attendees who attended and was extremely impressed by this program was the Director of Public Relations for the Boston Dominican Republic Embassy. As the on-air host for the Boston area Latino TV network, La Semana Al Dia, he invited Baver for an exclusive TV interview.

Despite the controversial genesis of Sosua75 and the expression of disapproval stemming from the Sosua City Hall, interest in the Sosua75 project, along with his formal invitations to speak, continued to grow.

Baver’s hope of getting the word out and informing the general public of the Évian Conference and Sosua was beginning to take root.

Next week, setting the stage for relocating from Boston to the North Coast

Link to 2015 Latinas Mujeres Annual Conference in Boston where I was co-recipient of the “Padrino”  Award for outstanding service and volunteering to the Boston Dominican Community  https://www.dropbox.com/s/d1bh80ev2vmnv2w/Latinas%20Mujeres%20Conference%20at%20MA%20State%20House.mov?dl=0