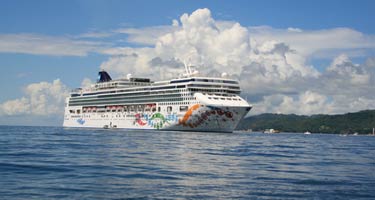 DURING THE MONTH OF JANUARY, A TOTAL OF 21 CRUISE SHIPS WILL TOUCH PORT

On the first day of the nascent year 2020, two ships with 8,126 occupants on board arrived at the Amber Cove terminal in Maimon, Puerto Plata, highlighting the strength of the destination in cruise tourism.

Both ships left the Home Port Canaveral in Orlando, Florida, making their usual Atlantic itinerary that includes excuses in Grand Turks (Bahamas Islands) and Amber Cove of Puerto Plata, on the north coast of the Dominican Republic.

During the month of January, a total of 21 cruise ships owned by the Carnival Cruises Lines Corporation will touch the Amber Cove port in Maimón, which places the terminal as the main enclave of tourist ship berths in the country.

For the new year, great challenges await Puerto Plata, as international private investors together with the competent authorities must continue working to consolidate the tourist destination.

It is recalled that in the same bay of Puerto Plata a new cruise terminal will be built that will be called Taino Bay, in which it is expected to receive between more than 650,000 visitors in the first year of operation.

According to local media, to leave the aforementioned tourist terminal inaugurated, it is already on the agenda that on Tuesday, October 27, the Norwegian Breakaway ship will arrive with 5,595 occupants of which 4,000 are passengers and 1,595 crew members.