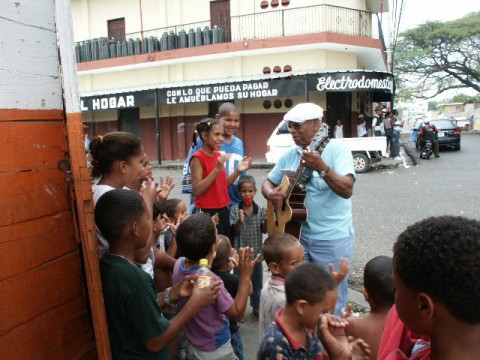 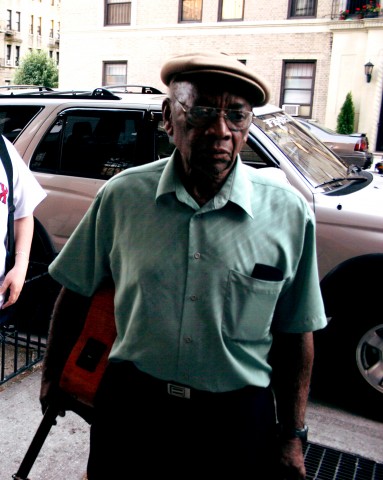 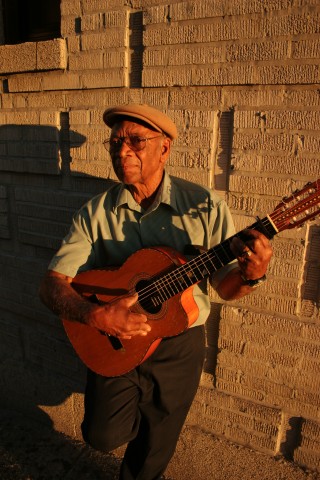 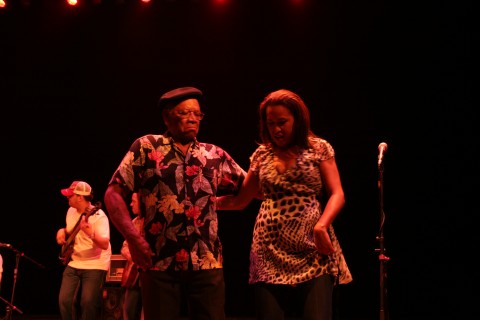 As a lifelong singer, guitarist, and writer of songs and former major-label recording artist, I find the Dominican Republic to be an endlessly rewarding island of musical wonders and hidden treasures.

Those ambitious enough to venture beyond the warm, sunny seduction of the island’s beaches are often rewarded with a wide variety of hidden geographic treasures: valleys, caves, waterfalls, and scenic trails await those who dig a little deeper than just the usual superficial tourist experience.

And so it is also with the Dominican Republic’s indigenous music.

Any tourist worth their salt shakers and flip flops is all-too-familiar with the merengue, bachata, and reggaeton rhythms and music that dominate the radio and musical landscape of the DR. But, if you look a little deeper, there are all kinds of variations and subgenres. There are some stunningly talented guitar pickers, strummers, and vocalists here, and one of the best was José “Puerto Plata” Cobles. 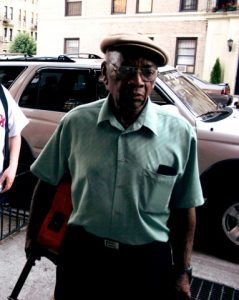 Born August 4, 1923, in Puerto Plata, José Cobles was better known by the nickname Puerto Plata in honor of his hometown.

The sonero Puerto Plata sang a style reminiscent of the Dominican guitar tradition of the 1930s and 1940s, when bolero, merengue, and son were all variations of the same Afro-Iberian fusion.

Under the dictatorship of Rafael Leónidas Trujillo, few recordings were made of guitar music in the Dominican republic. Trujillo favored merengue tipico, a rustic style of merengue played with the accordion. While guitar music was still immensely popular among the poor, it was looked down on by the nation’s elite, and few opportunities were given for guitar-based groups to record or perform in the more classy upscale venues.

So, like other famous singers of the time, Puerto Plata found eager audiences in the underground cabaret dance halls of Dominican Santiago’s rough and tumble red-light districts.

After Trujillo’s assassination in 1961, guitar music continued to be stigmatized. Still, an industry began to grow and gather around popular guitar acts, which by then were evolving a style that has come to be known as bachata.

José “Puerto Plata” Cobles was one of the few surviving examples of the style of music played in the Trujillo period – before Dominican guitar music evolved into bachata. Compared to modern bachateros, Puerto Plata’s style, while strongly Dominican, is closer to that of contemporary Cuban masters like Trio Matamoros and Antonio Machin.

Puerto Plata’s three uncles were musicians, and he recalls Sundays spent at their house in the presence of such legends of Dominican music as composer Juan Lockward and singer Eduardo Brito. His mother died when he was young, and upon the death of his grandmother when he was 16, he went to work as a carpenter for the United Fruit Company. His work took him to Manzanillo, to Panama, and finally led him to settle in Santiago (in the Dominican Republic) at the age of 27. There, because of his hometown, he was christened with the nickname “Puerto Plata.” It was when he was living in Manzanillo that he began to save pennies in a shoebox until he was able to buy his first guitar for 20 Dominican pesos. He was 24 years old.

The barrio of La Joya, where Puerto Plata settled, is Santiago’s most storied neighborhood, and its most feared. Here, in the brothels lining the square around the slaughterhouse, or matadero, in the barrio’s center, lived the famous “macheteros” of the era: Negro and Chichí Macusín; their rival, blonde-haired and blue-eyed Memé; La Guineita and his brother Macduffy. But the brothels also brought musicians to La Joya, and the barrio has always been the center of popular culture in Santiago. Eduardo Brito had a mistress there whom he frequently visited, and Bienvenido Troncoso, the most famous Dominican guitarist of his era, was a “Joyero” born and raised. At carnival time, the only barrio which could compete with the costumes and music of La Joya was its deadly rival, Los Pepines.

It was in this highly charged musical environment that Puerto Plata met his lifelong artistic collaborator, the singer Daniel Rodriguez. Daniel was already well known in the city as the shortstop for Las Aguilas Cibaeñas, Santiago’s professional baseball team, as well as for the Dominican national team. Daniel and Puerto Plata formed the Trio Primavera with “Sanabia,” Ernesto Almonte, a talented lead guitarist from a well-known musical family. Cobles recalled playing four or five serenades a night on weekends in Santiago and performing son and bolero regularly for many years at “El Arbolito,” a cabaret across the street from the matadero.

Dominican son had become relegated to the streets and patios of Santiago, San Pedro, and Santo Domingo. While bachata and guitar merengue has, in recent years, broken the stigma laid on Dominican guitar music, Dominican son, with the notable exception of Cuco and Martin Valoy’s group, Los Ahijados, has remained informal music – rarely recorded or commercialized. 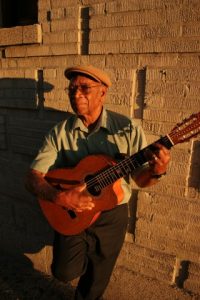 And so it wasn’t until age 84, Mujer de Cabaret, Puerto Plata’s first internationally distributed album, was released by iASO Records in September 2007 to much critical acclaim including glowing reviews in the New York Times and France’s Liberation.

His followup, Casita de Campo, was selected by National Geographic as one of the ten best albums of 2009.

The passage of time and Puerto Plata’s resilience have managed to preserve some of the Dominican Republic’s sweetest melodies and romantic lyrics, often with a wry, twinkling sense of cabaret humor. Drawing inspiration from that period when his band was one of the most active in Santiago, With Casita de Campo, Puerto Plata revisited the romantic serenades and electrifying son and merengue with which he enchanted audiences during his youth.

The island became just that much smaller on January 4th, 2020, when Cobles died at age 96. But Puerto Plata’s music lives on.

If it hadn’t been for his record company reaching out to Dominican Today, I wouldn’t have known of José. I’m glad they did because I will be adding the timeless magic of his music to my music collection and enjoying many listening sessions. I hope you’ll do yourself the same favor. 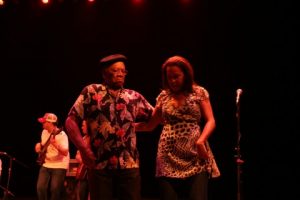 *Excerpts from iASO Records and Wikipedia