Musical Encounter, an island of dreams and the north coast tropical blues 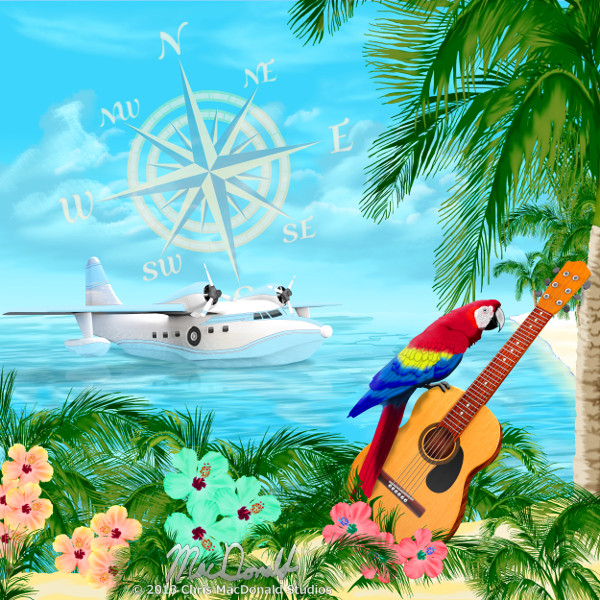 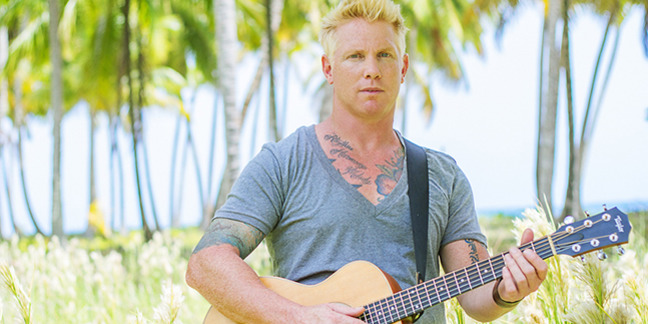 Islands are enigmatic and mysterious things. They are worlds unto themselves where vast eons of time weave impossible architectures from wind, rock, and sea, rendering isolated outcrops with their own sense of logic, rhythm, time, and reality.

Historically, islands have been bastions of fantastical transformation and refuge for the lost and broken.

The flora, fauna, and very air of islands tend to be unique as well. There is an otherworldly atmosphere to them that ultimately affects the people and can be heard and felt in the exclusively indigenous forms of music that spring up on these isolated dynamic outcrops.

Islands provide a highly fertile environment for wildly improbable meetings and the hybridized combinations and creations that result.

And so it is that a wayward Canadian, a New Orleans blues virtuoso, a producer from Norway, and a Hawaiian major label recording artist have come together to record some music on the windswept north shore of the island of Hispaniola in the Dominican Republic.

In my former life as a Norway, Key West, and Lake Charles-based tropical rock troubadour singer-songwriter, internet radio station programmer, and DJ, I did a lot of reading, listening, studying, monitoring other radio stations. I would search out new artists and bands for my radio station and generally keep track of the latest developments and happenings in the trop rock and island music scenes.

As such, I discovered an acoustic troubadour by the name of Justin James, whose music is very beach life conducive. I read his bio and studied his music and decided to feature two of his albums in their entirety on the playlist of my TikiTown Radio station.

My progressive and unique brand of what I termed Beachrock™ format and programming proved to be highly popular. My combination of rockier tropically-oriented acts like Michael Franti and Spearhead, Manu Chao, Ozomatli, Los Amigos Invisibles, and Ondatrópica, along with reggae rockers such as the Movement, the Green, Pepper, and the Wheeland Brothers attracted a broad-ranging and sizable global listenership. TikiTown Radio also frequently won the Live365.com broadcaster’s Station of the Month award for consistently innovative programming.

I’d launched my radio station from my base in Norway, where I also played live gigs and hosted a bi-weekly Americana radio program at Radio 102 FM in Haugeland.

I initially ended up relocating to Key West following a strong radio presence on tropical rock radio stations and a series of bookings in clubs around the town and the west coast of Florida.

The tropical rock and Parrothead (fans of Jimmy Buffett for the uninitiated) circuit was great fun, I did well—to the point of landing quite a few coveted Margaritaville restaurant gigs, and dates. I also played Tampa, Pensacola, New Orleans, Lafayette, Baton Rouge, Beaumont, Kemah, Port Neches, and Galveston, Texas, with my bands and as a solo. Along the way, I made many good friends in fellow trop rockers and the crowds alike.

One of those acquaintances from the trop rock circuit days asked if I would program and manage a proposed FM radio station in Sosua, on the north coast of the Dominican Republic. I figured, why not.

And so it was that I found myself speaking with one Bobby Breeze Steeves from Canada and recording the rough drafts of his songs for his first album here at Justin’s Paradise Project in the Costa Azul development in Cabarete. I covered Breeze’s story last week. 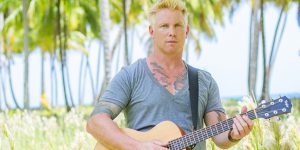 Justin James is a Canadian-born singer-songwriter from Vancouver, Canada. He grew up singing in the British Colombia Boys Choir and was an avid cello player at the Vancouver Academy of Music. A professional windsurfer in his teen years, Justin was attacked by a tiger shark off the coast of Venezuela when he was 20 years old, cutting major arteries, almost severing his foot, and leaving him with 250 stitches. This moment would prove to be a watershed in Justin’s life when during a year-long recovery, his grandma gave him a guitar, and his first song followed soon after.

Justin’s debut full-length studio album “Sun Drenched” was released via 10 Spot/Universal in 2007. Produced by Juno winner Tim Feehan the lead single “California” was featured in MTV’s “Laguna Beach” and “The Hills.” Other songs from the album gained recognition from placements on network shows, including ABC’s “What About Brian,” CBS'” Ghost Whisperer,” USA’s “The Starter Wife,” and NBC’s “Las Vegas.” His song “Love Me More” was used in the highly successful Korean TV drama “Iris.”

Justin’s second full-length studio album “Perfect Sometimes” was released via Gold Sky Records in 2009. Sony International picked up “Perfect Sometimes” for release in Japan, and the title track, which features Hawaiian ukulele player Jake Shimabukuro, peaked in the top 10 on the Hawaiian charts in the summer of 2010. Songs from this album have been licensed by numerous corporations, including Hollister, McDonald’s, Delta Airlines, Adrianna Papel, and Arhaus Furniture.

“A Beautiful Life,” Justin’s third full-length studio album, was released via Gold Sky Records in late 2011. The title track was honored by American Bride as the “Wedding Song of the Year” and was also recently licensed for use in a Susan G. Komen fundraising campaign video. “A Beautiful Life” has now been featured in weddings all across the world.

Since 2009 Justin has performed over 700 shows and toured in the USA, Japan, Switzerland, France, Belgium, Germany, Holland, U.K., Czech Republic, India, Canada, Costa Rica, and the Caribbean, and has performed with many high profile artists including Jason Mraz, Colbie Caillat, Howie Day and Switchfoot.

“Islands” was released on August 13, 2013. Produced by Andrew Williams and mixed by Mikal Blue. You can find Justin on iTunes, Pandora, Spotify, SiriusXM, and nearly anywhere else music is available.

James has been honored previously with the best male vocalist and hot adult contemporary single nod at the Los Angeles Music Awards and Best Pop Album at the San Diego Music Awards.

The singer-songwriting windsurfer began his relationship with the DR in 1993 when he came to windsurf. He ended up spending 2 years here having the time of his life.

Though he dreamed about returning to the DR,  James was working on his music career in the States, where he was able to achieve most of his goals.

James finally had enough of North America and after a tour from California to Key West, Florida in 2011 he moved to the DR. He spent the next four years touring based in the DR with his motor home stationed on the East Coast with the last few years spent building his Project Paradise and a family.

James can be seen regularly in the clubs of Cabarete.

Next week: NOLA blues on the north coast with Peter Novelli