At least 200 arrested in Puerto Plata for violating nationwide curfew 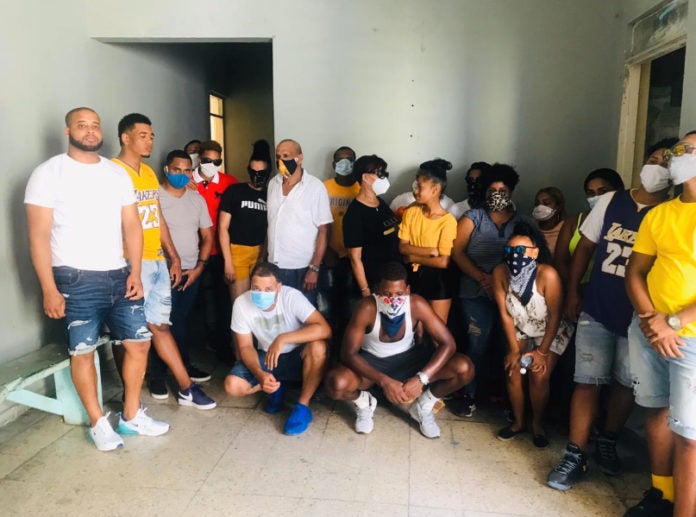 The 20 arrested during the party in the municipality Imbert, photo National Police

About 200 people were arrested on Friday night and early Saturday morning, during operations carried out by the police and military personnel in different neighborhoods and communities of Puerto Plata, accused of violating the curfew and the mandatory use of masks as ordered by the authorities, to prevent the spread of the covid-19 coronavirus.

Of that number, about 20 were arrested during a police-military intervention in the municipality of Imbert. According to authorities, the group was enjoying a party in violation of government regulations, which announced the extension of the state of emergency to maintain the emergency measures—adopted due to the coronavirus pandemic affecting the country.

The preliminary report of the police that an operation was carried out in the El Puerto de Barrabás community in Imbert, where 13 men and seven women were detained, where two cars, a van, a jukebox, and three motorcycles were also detained.

The alleged violators of the provision were caught drinking alcoholic beverages, dancing, scandalizing, polluting the environment, with a high volume of music, the police indicate. The curfew hours are from 5:00 in the afternoon until 6:00 in the morning.

Likewise, they point out that all are being processed and brought to justice in the next few hours.