Luis Abinader’s agenda in Santiago and Puerto Plata this weekend 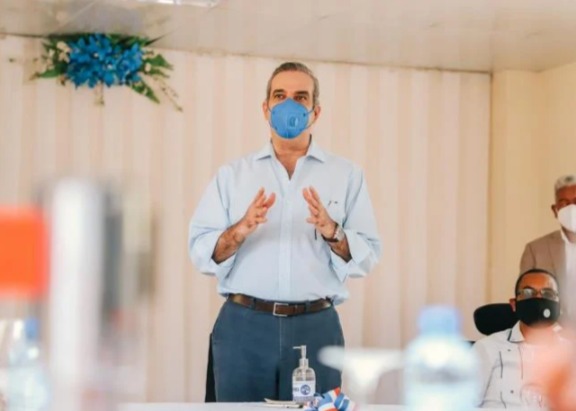 In this sense, the head of state will lead a reforestation day of the Yaque del Norte River basin, in the nursery of the Sierra Plan, La Guajaca, Santiago.

At 2:00 in the afternoon, the president will be arriving in Puerto Plata, where he will have lunch with the tourist sector in Playa Dorada.

Afterward, he will participate in the reopening of the Sunscape Hotel, where he will cut the ribbon, and from there, he will visit the Casa Brugal.

Later the president will visit the Mercado Modelo, and 45 minutes later, he will see the Puerto Bahía of Puerto Plata.

Likewise, on Sunday 11, he will begin his workday, at 9:00 in the morning, in Cabarete, to break ground on the construction of the Security Towers of the Ministry of Tourism. He will announce the project of illumination of the Cabarete-Puerto Plata road section.

At 10:15 in the morning, Abinader will participate in a meeting with the tourist sector, in the Hotel Casa Marina, of Sosúa.

Then, at 11:30, the president will hold a regional meeting with the political leadership of the Modern Revolutionary Party (PRM) in the Star Hills.

Also, at 12:30 noon, the President of the Republic will make several private visits, and at 1:20 in the afternoon, he will start the reconstruction of houses, in the West Beach sector, under the National Institute of Housing (INVI).