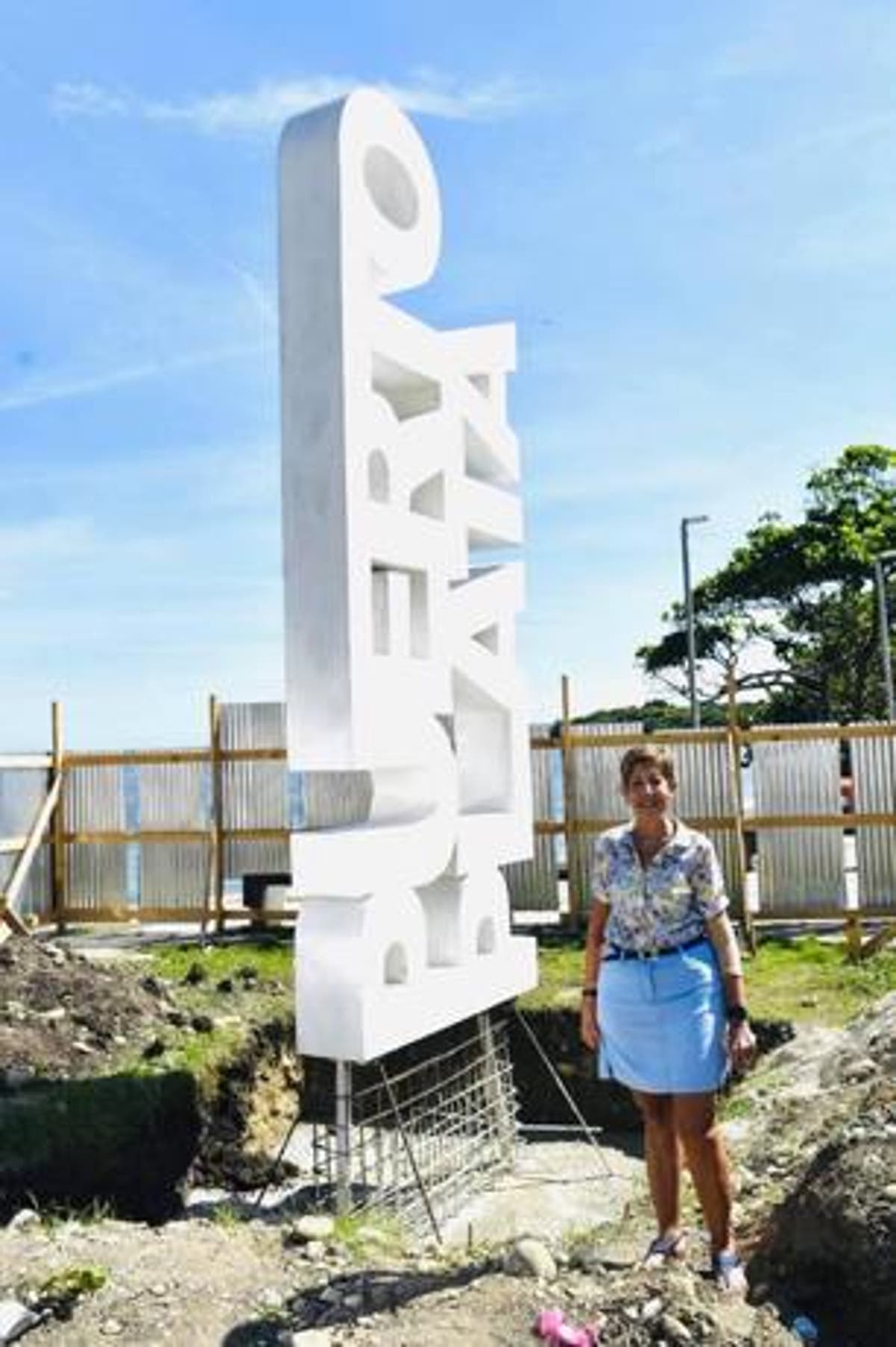 Senator from Puerto Plata, Ginette Bournigal, next to the sign. / Edgar Lantigua

Diverse opinions and memes covered social networks this Saturday afternoon before a new vertical sign that will be placed at the entrance of Puerto Plata.

While some users on Twitter, where “Puerto Plata” has been a trend, make memes to make fun of the peculiar shape of the sign that is still under construction, others have defended the initiative of the northern province.

As reported by a correspondent for this medium in Puerto Plata, the sign is installed by the municipality’s mayor’s office and generated controversy with some in favor and others against it.

On the one hand, the architect Rubén Merette questioned the shape of the sign arguing that “the design of the Puerto Plata brand was not used” that a firm hired by the Ministry of Tourism carried out a few years ago.

The one who did support the sign’s peculiar shape was the province’s senator, Ginette Bournigal, who published a photograph next to the structure.

The legislator, in the face of criticism from some users on Twitter, also uploaded a collage where the structure is observed on one side and a photo of the senator with a T-shirt that has the legend “A good pod” on the other.

Similarly, when criticized by one person for the orientation of the sign, Bournigal replied: “Wait for the next one, which will be installed at the entrance, to your liking, horizontal. It will be a surprise. DO NOT DESPAIR.”