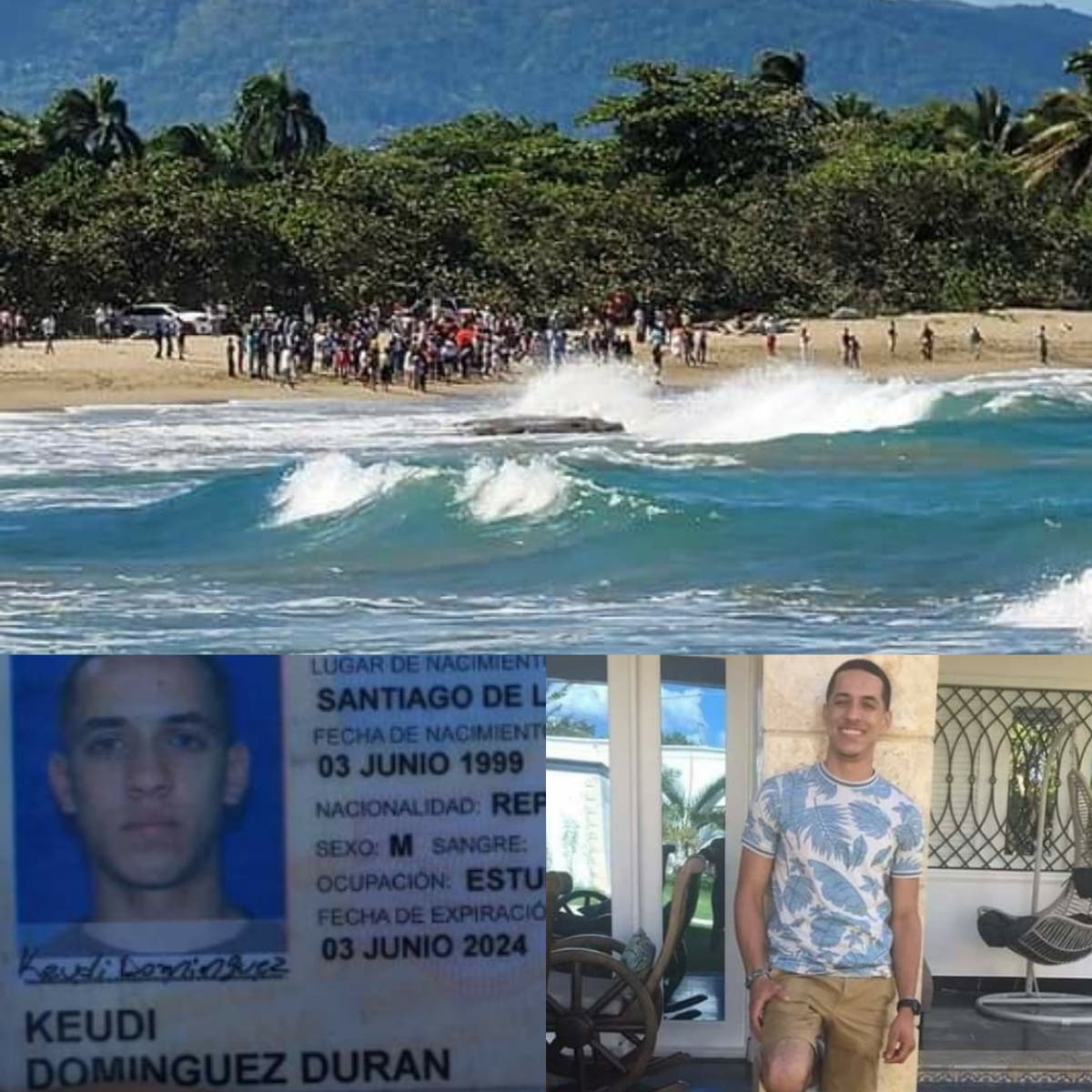 The young Keudi Domínguez Durán, whose lifeless body was recovered from Cangrego beach, in the Villa Montellano municipality, in Puerto Plata.

The deceased was named Keudi Domínguez Durán, 21. Durán was swept away by the sea current while enjoying a swim in the warm waters of the Atlantic Ocean.

Witnesses of the unfortunate event said that this young man, apparently, could not swim and when he entered the sea he disappeared from everyone’s sight at exactly 1:36 in the afternoon.

Several units and volunteers from the Civil Defense and Ambar Rescue showed up at Cangrejos Beach, immediately searching for the lifeless body of the young man who was the son of Santiago businessman Pedro Domínguez (Pedro Racing).

After almost half an hour of work in the midst of strong waves, the lifeguards located the body of the young man and rescued him towards the shore of the beach where he was examined by medical personnel who certified his death due to asphyxiation by immersion.

The tragedy underscores the dangers of waves, the strong ocean currents, and the need to be constantly vigilant in monitoring situations of all persons in the water.