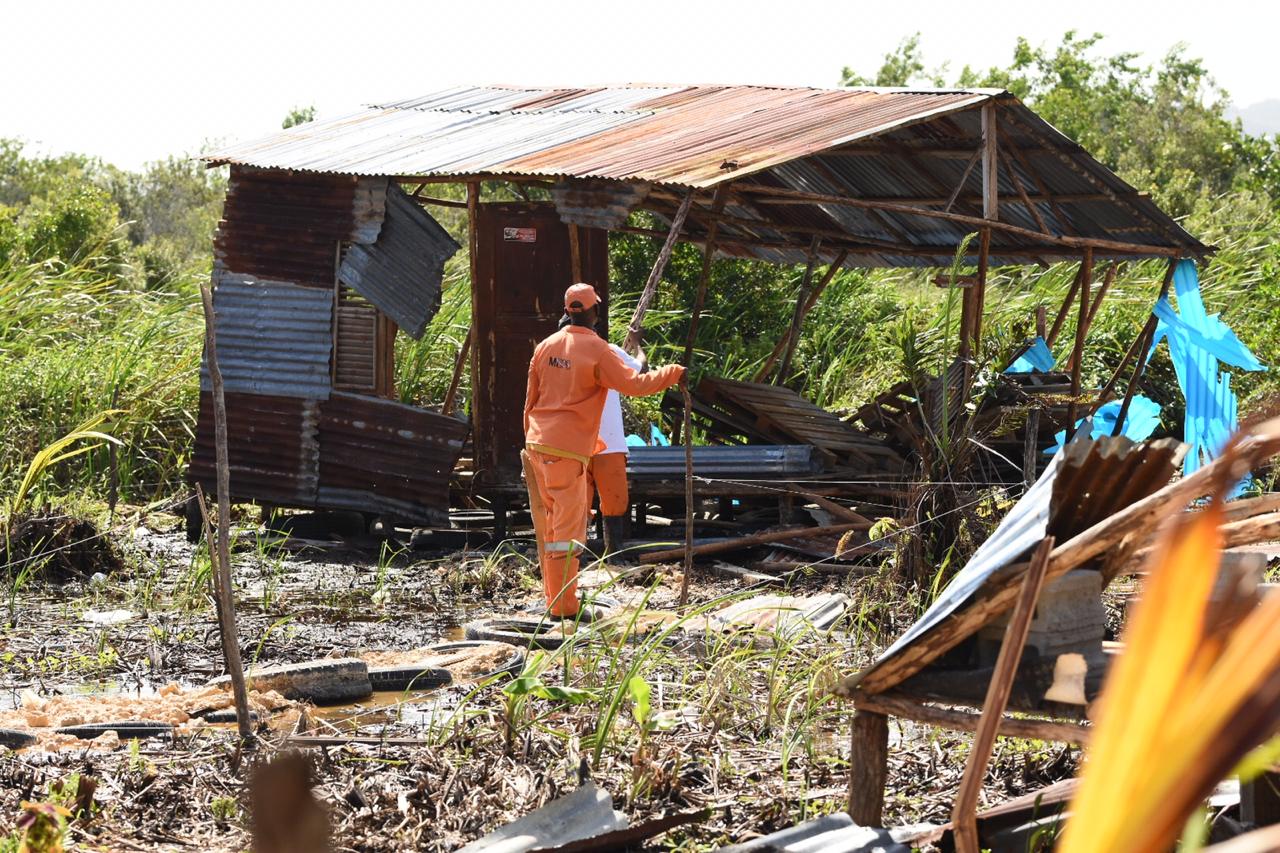 Puerto Plata.- The Environment and Natural Resources Ministry on Thur. said it began the demolition of more than 200 houses illegally erected in Laguna Cabarete and Goleta Natural Monument (Choco) protected area, “of vital importance for water and biodiversity in this province.”

The operation is being carried out by members of the National Environmental Protection Service (SENPA) after several months of coordination that included intelligence work and support from more than 10 govt. agencies,” minister Orlando Jorge said in a press release.

“The intervention was carried out after showing that for several years they have been conducting the unscrupulous task of burning and filling the aforementioned wetlands with various materials to later sell these lots in which homes are built.”