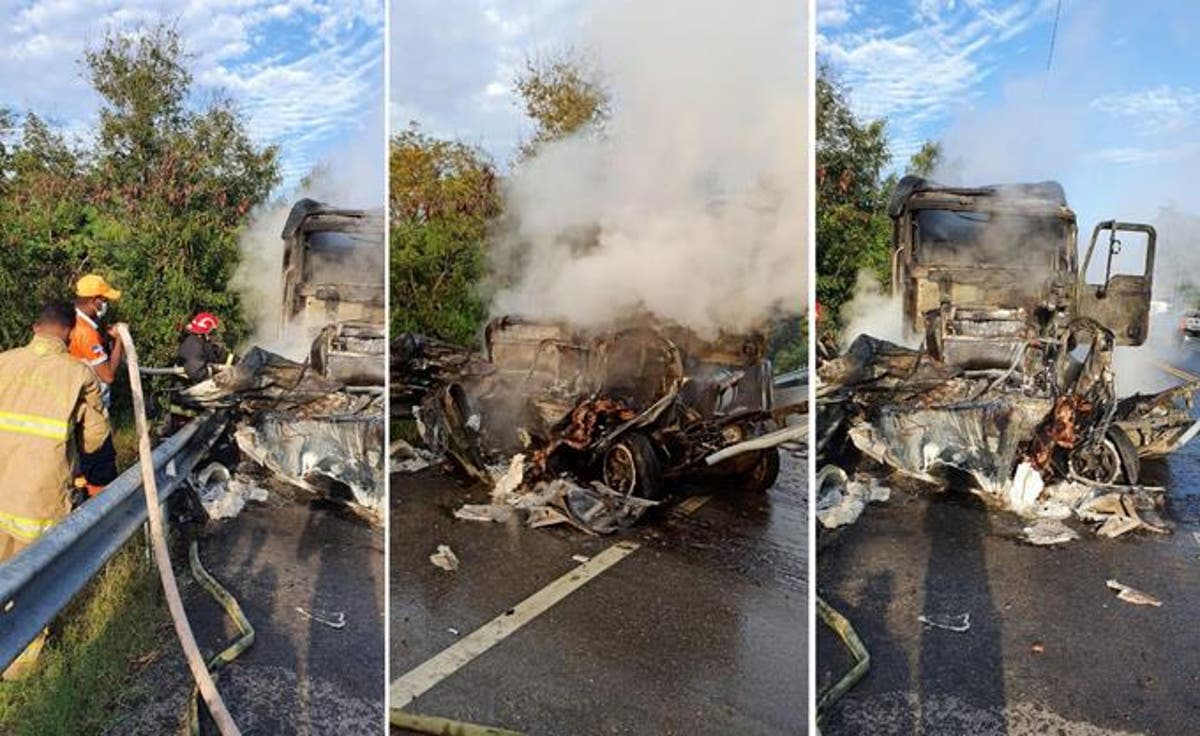 A collision between a truck and a van occurred this Sunday morning and left four people dead on the Puerto Plata-Navarrete highway.

The incident occurred in the vicinity of Los Cacaos, in the municipal district of Maimon.

The impact between a truck of the so-called “cabezote” type, and a pick-up truck, caused the vehicles to catch fire. Two of the victims were burned, and the other two died from the impact.

Members of the Civil Defense, Digesett, the National Police, and other agencies went to the scene and tried to determine the causes of what happened.

According to the Civil Defense, the deceased were identified by family members since documents could not be obtained.