3 Strikes but game not over for The Pitch 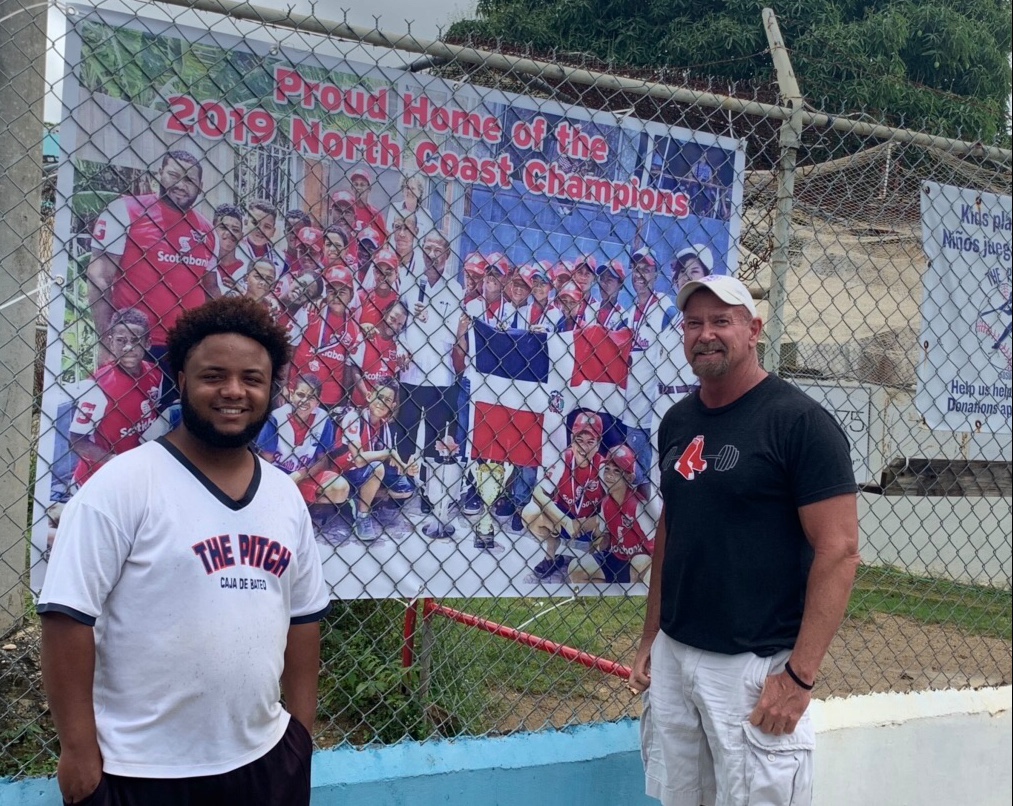 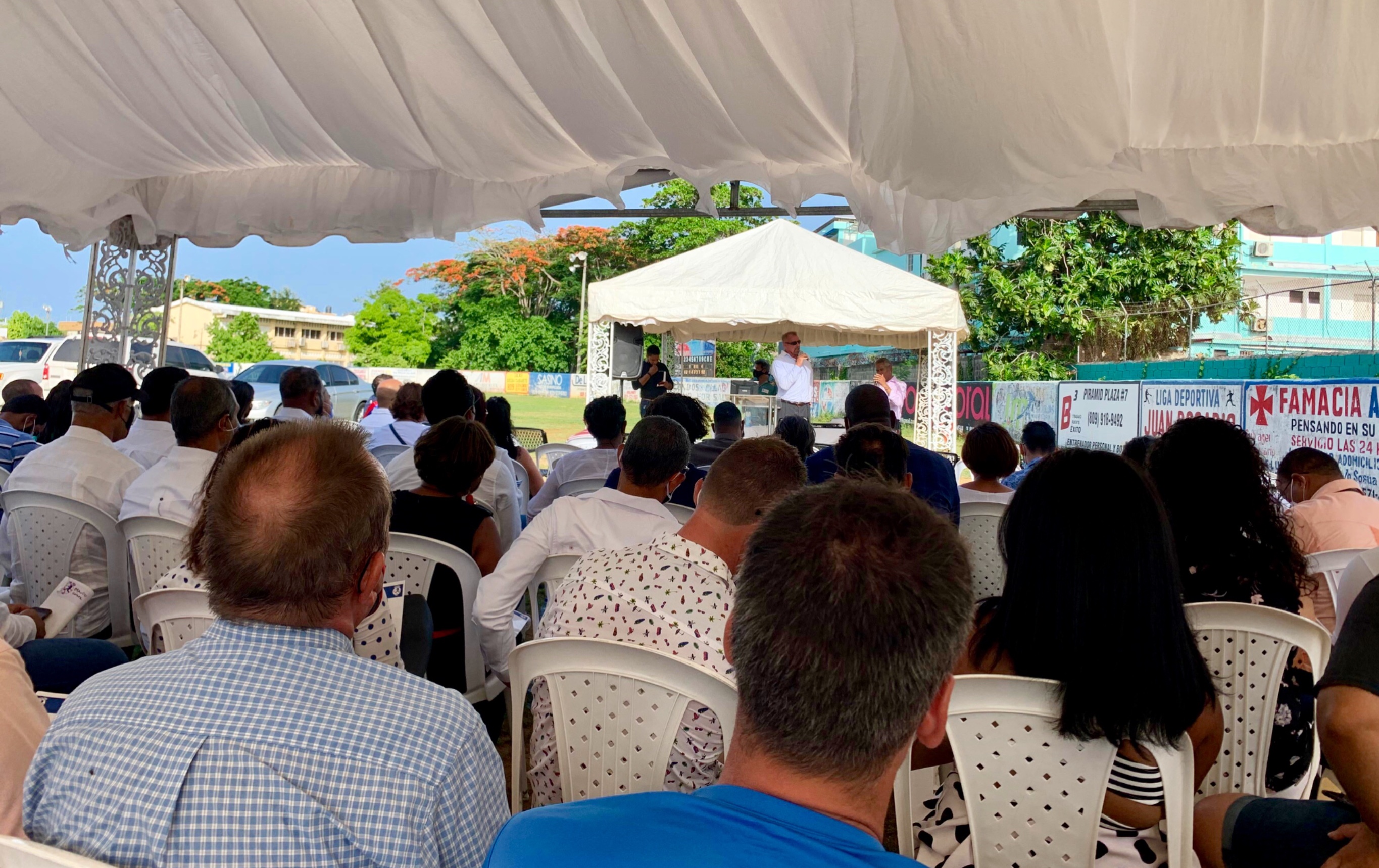 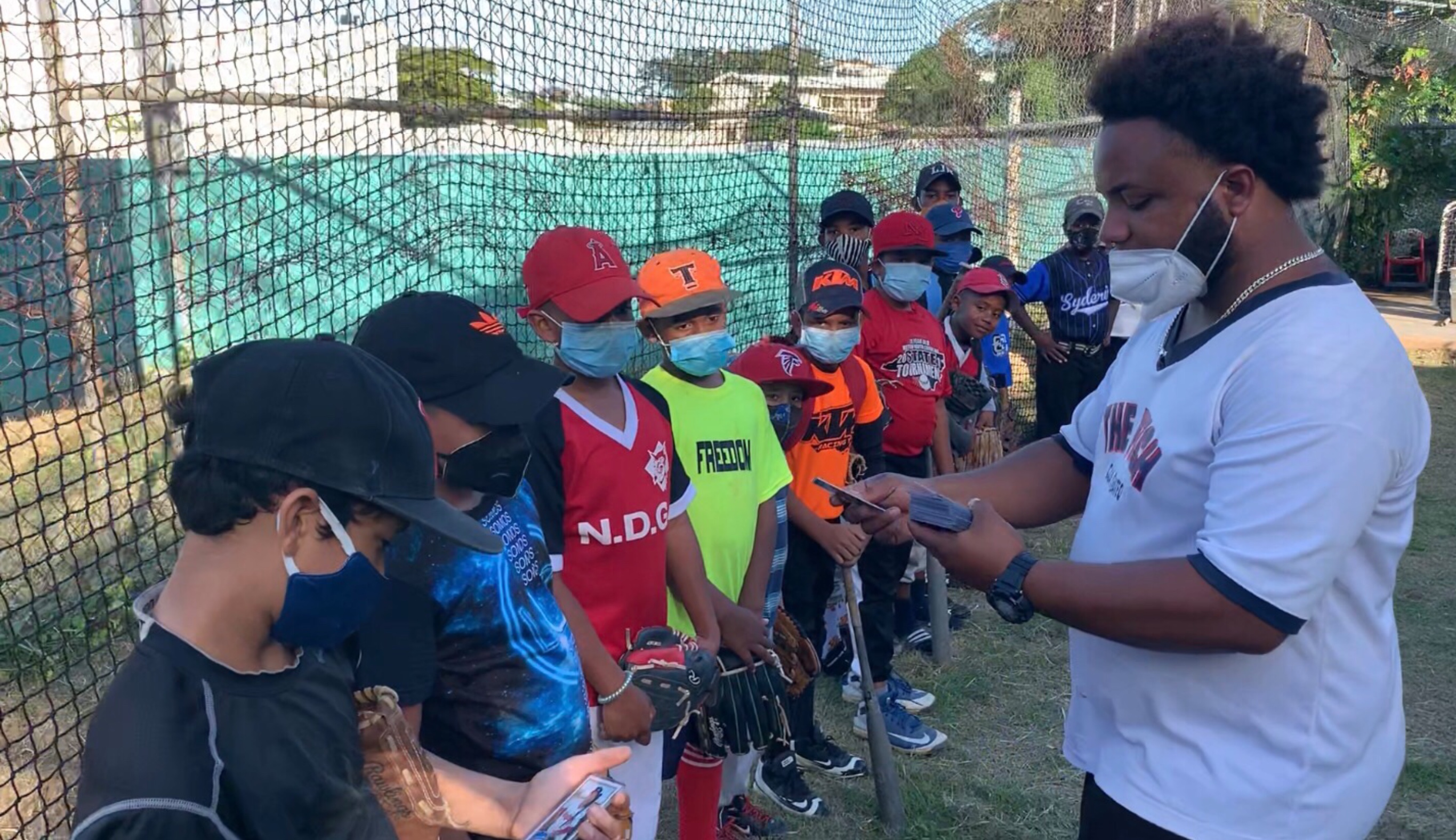 An interview with Hugh Baver

The Pitch Maquina de Batear program was founded by Russ Wieser, a man who relocated here from Idaho, USA, to Sosua in 2017. He reconstituted an abandoned slice of land behind the right-field wall at the Sosua municipal baseball field through his original vision and tireless efforts.

His concept was simple: Build a single chute batting cage facility and provide “free swings” to local underserved youth aged 5 – 10 years old to keep them active and engaged in a constructive sports activity they loved while keeping the kids off the streets and away from other negative influences.

Growing in popularity and increased usage and with the help of his trusty Dominican day-to-day operations manager, Melvin “Bodega” Castillo, 2018 and 2019 were solid foundational years for the Pitch program under Russ’s management. At the height of local sponsorship at the beginning of 2020, (8) separate businesses contributed 1000 pesos per month to the program.

In January 2020, just before the onset of the pandemic, Wieser unexpectedly needed to move to Europe and quickly find a buyer for the Pitch facility. He searched for a locally based and committed new owner, in stepped Hugh Baver, a former collegiate and professional level baseball player from the Boston area. Baver had relocated to Sosua at the end of 2018 to pursue his interest in history and the overall rich culture of the area.

Possessing extensive experience working in the DR relating to baseball, Baver donated the game used 1st Base from the 2013 WBC Championship game to the country and specifically the Boston Red Sox Academy (Academia Medias Rojas), as well as organizing a 2015 international baseball tournament in Providence, RI featuring teams from the most prominent Northeastern US Dominican communities.

When COVID hit hard in February and March of 2020, it forced the complete closure of the Pitch facility due to safety concerns and the stringently enforced government protocols associated with its spread. The timing could not have been worse. Rapidly after that, financial sustainability challenges ensued, with local sponsorships dwindling to 2.

This forced the new Pitch owner to reach into his own pockets to pay the wages of the Pitch operator, recurring need for new baseballs, and essential maintenance and supplies.

“There is no doubt that COVID threw the Pitch program a major curveball,” explains Baver as understandably local business, both organizational and individual, support on all fronts waned.

However, hopes remained high that the program would flourish with the sustaining financial and community support it needed, especially after Tony Fernandez’s family posthumously agreed to have The Pitch facility named in honor of the Dominican MLB legendary shortstop exemplary life both on and off the field. 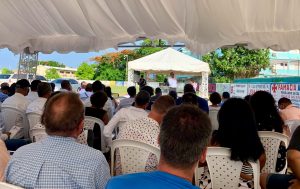 Despite the pandemic, the future looked bright.

Following the successful summer affair, optimism for progress took root when Baver was invited to apply for a community grant through CulturaViva, a local Sosua-based Non-Profit Charity whose stated programmatic mission and objectives were to help via its community development youth and people of Sosua. In September of 2020, the grant request process was initiated.

Both Baver and Pitch daily operator “Bodega” were encouraged throughout the complicated and complex four-month grant submission process that they had met all the desired essential grant criteria and that funds were available through CulturaViva and their parent company Alegre Global Assistance Charities. This grant was to fund both the basic monthly maintenance needs of 25,650 pesos/month (roughly $450 per month) plus needed improvements of a protective roof to guard against the elements.

In mid-February 2021, after multiple on-site visits and numerous requested paperwork changes, the dreaded “Dear John” letter came stating, “We receive multiple inquiries and unfortunately we can not fulfill your request at this time, we urge you to re-submit again at a later time, etc..”  The entire process, which entailed the repeated submission of paperwork and six meetings on-site both on the field and in the CulturaViva office, was ultimately a complete waste of valuable time and effort.

The inability to come through with community grants to help The Pitch program was not isolated to CulturaViva in Sosua but also to GrupoRamos, (parent Company of SuperPola based in Santo Domingo), and also the Brugal Rum Company in Puerto Plata, both of whose corporate officials informed Baver that due to COVID they had suspended their local community support under their Corporate responsibility programs.

Adding insult to injury was the tragic ending of a two-year-long unsuccessful battle with the Dominican Customs Ministry due to the unexpected detainment of a large shipment of used baseball equipment donated from a Boston area Little League. This shipment, consisting of 37 bats, 28 gloves,18 pairs of cleats, 24 batting helmets, catcher’s equipment, pants, scorebooks, and 200+ baseballs, arrived in Rio Haino port in Santo Domingo in November of 2018 and was destined for distribution to the kids of Sosua.

Instead, the perfect storm unfolded, combining the onset of COVID, which closed the government offices, and the transition to new Customs bureau personnel. Despite multiple appeals for assistance through numerous well-established Dominican contacts, ultimately, it is believed the shipment of gear was sold at auction to the highest bidder earlier this year through the TD Bonded warehouse in Santo Domingo.

Then in March, a chance meeting occurred in Cabarete with an individual contributor and local real estate development magnate from Seattle, WA, USA, who surprisingly committed to a $700 per month donation for three years. So finally, it seemed Baver’s hope, and prayers for sustaining the Pitch seemed to have been answered. This new monthly amount, combined with the roughly $50 from the three recurring local sponsors, would both amply fund the basic maintenance costs with the extra dollars and significantly help contribute towards making additional needed improvements to the facility.

But yet again, colossal disappointment loomed as after contributing for only one month (March), suddenly the new “sponsor” notified Baver that he had unexpected expenses arise associated with his real estate development projects and needed to “re-assess” his committed sponsorship. Ultimately this amounted to his complete cessation of program sponsorship.

“With so many potential businesses and affluent contributors in Sosua and on the North Coast this really is beyond my comprehension or (one has to wonder why) how such a valuable community resource like The Pitch, which has already demonstrated it’s worth by helping to produce the 2019 Little League Dominican championship team, could remain so unsupported locally,” explained Baver

As a follow-up on a fundraising event, earlier this spring, Baver orchestrated a special concert event at The Piergiorgio Palace Hotel with acclaimed international violinist JF Strings (José Francisco Perez Colon) however despite the event being widely publicized, it was unfortunately poorly attended and netted little or no proceeds to help sustain the Pitch.

Baver added, “I’m eternally thankful for to ALL our sponsors, recurring and one-timers, as they helped to fund needed improvements of a new heavy duty netting, construction of a stable concrete slab to set the pitching machines on, new backstop, signage, painting of walls, sponsor banners, Pitch promotional apparel, storage solutions, and of course for the boxes of dozens of the Juggs yellow dimpled practice baseballs cycled through every month.”

Many program milestones have been realized since the change of ownership in early 2020, including the proud association of native son Tony Fernandez and the creation of the Cards4Sosua program, which puts baseball cards of US MLB players who hail from the Dominican Republic into Dominican youth players’ hands to serve as an inspiration and help them to begin understanding mathematics and statistics. https://cards4sosua.wordpress.com/ 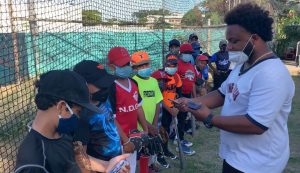 Although the least desired option, alternative pathways to keep the program running on the North Coast include selling the pitching machines and The Pitch assets to another individual owner or organization, moving The Pitch to an adjacent or nearby town that can adequately support the program, or gain approval from the City of Sosua or other nearby cities for the use of their “concession” funds which are specifically dedicated municipal government funds designed to fund beneficial community programs and activities.

Meanwhile, the slice of land designated for building a pitching mound behind The Pitch remains unoccupied, overgrown with grass, and strewn with garbage. It stands as a neglected monument to an as yet wasted opportunity to help the kids.