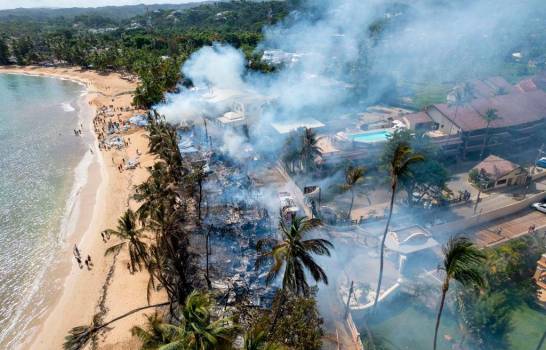 Las Terrenas, Dominican Republic.- Sixteen businesses were reduced to ashes because of the fire that this Saturday devoured the Pueblo de Pescadores tourist area in Las Terrenas, northeastern Samaná province.

The original buildings were destroyed by a fire in 2012 and rebuilt. According to many neighbors, the fire could have been set intentionally.

The Pueblo de Pescadores, located on the beach, offered varied gastronomy and was an important source of jobs for the municipality.

Wonder where it started and the cause of the fire? What often happens it starts in a kitchen and goes from there. The destruction is usually cleaned up even before officials can investigate.

I’m wondering about this fire.