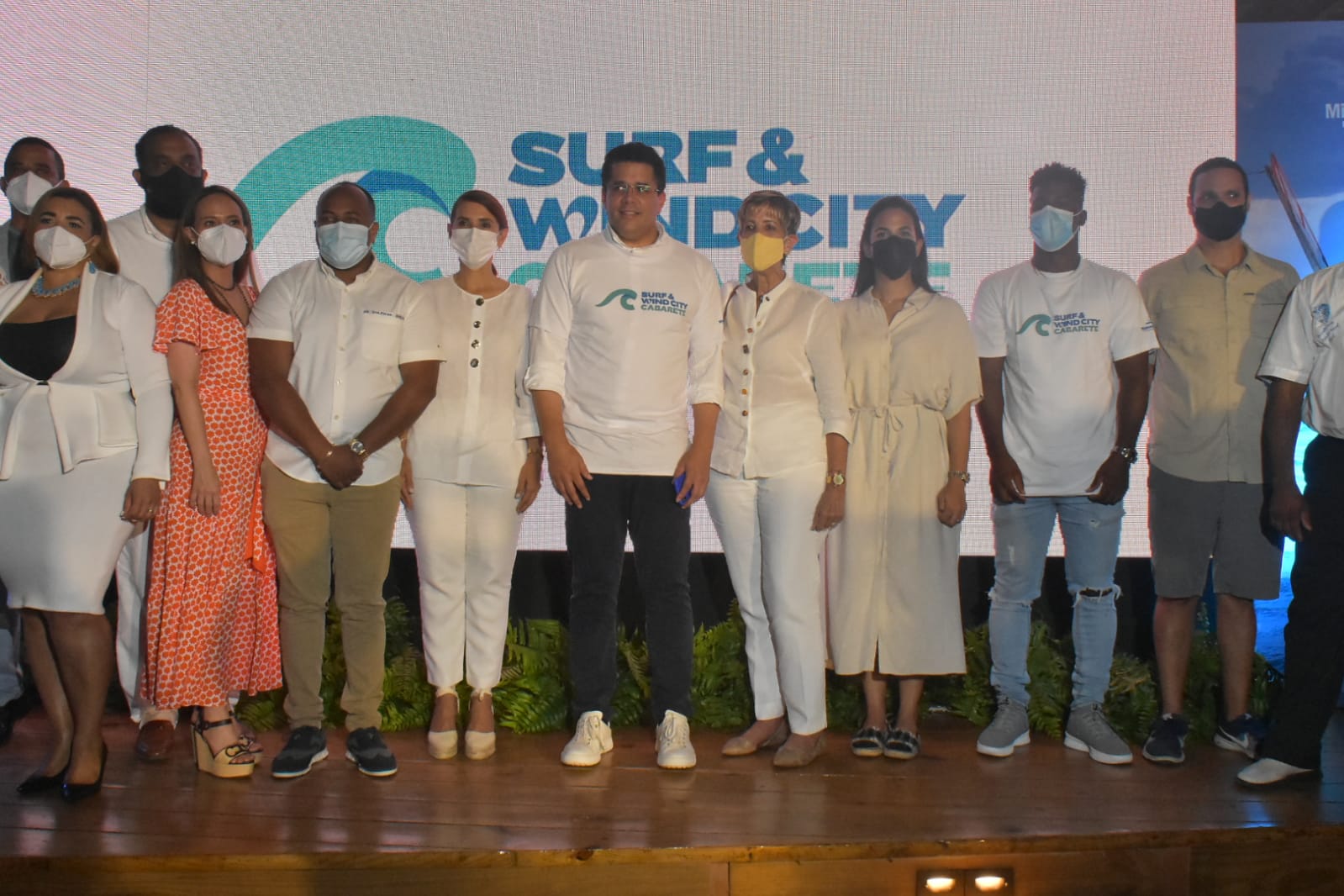 Collado expressed his pride that Mayor Freddy Cruz declared Cabarete the capital of waves and wind because “from now on, the Ministry of Tourism (Mitur) is going to push the youth, a generation that wants to be heard.”

As part of the official Declaration, a meeting was held at the Ula restaurant of the locality in which the senator of Puerto Plata, Ginette Bournigal, Claritza Rochet, governor, deputy ministers, and authorities of the municipality’s mayor’s office were present.

Collado defined Cabarete as a “wild, beautiful, free, independent and bohemian destination, where all together we will encourage this type of tourism.”

As part of the support, the official announced that Mitur would support the Master Surf event, which will be coordinated by surfer Ricardo Ripoll, as it does with the traditional international Master of The Ocean tournament held every year in Playa Encuentro.

He also announced the launching of an award ceremony for the current year with all the outstanding surfers and athletes of these disciplines in the presence of President Luis Abinader.

The official made a summary of the growth that the country’s tourism is experiencing. In July, 573,000 tourists arrived, and about 425 flights from different destinations arrived just in this past month of August.

“We are working shoulder to shoulder with Mitur to strengthen foreign investments, progress and development of this town,” said Mayor Cruz after the Declaration.

During the activity, the entrepreneurship and talent of surfing athletes Adeurys Cornielle and Manuel Selman, natives of Cabarete and world champions in the disciplines of waves and wind, were recognized.

The Mitur also attended the meeting, the vice-ministers of Destination Management, Patricia Mejía and Tammy Reynoso of Tourism Promotion and Development, the regional director Stephanie Kfouri and the director of the Tourism Police (Politur), General Minoru Matsunaga.