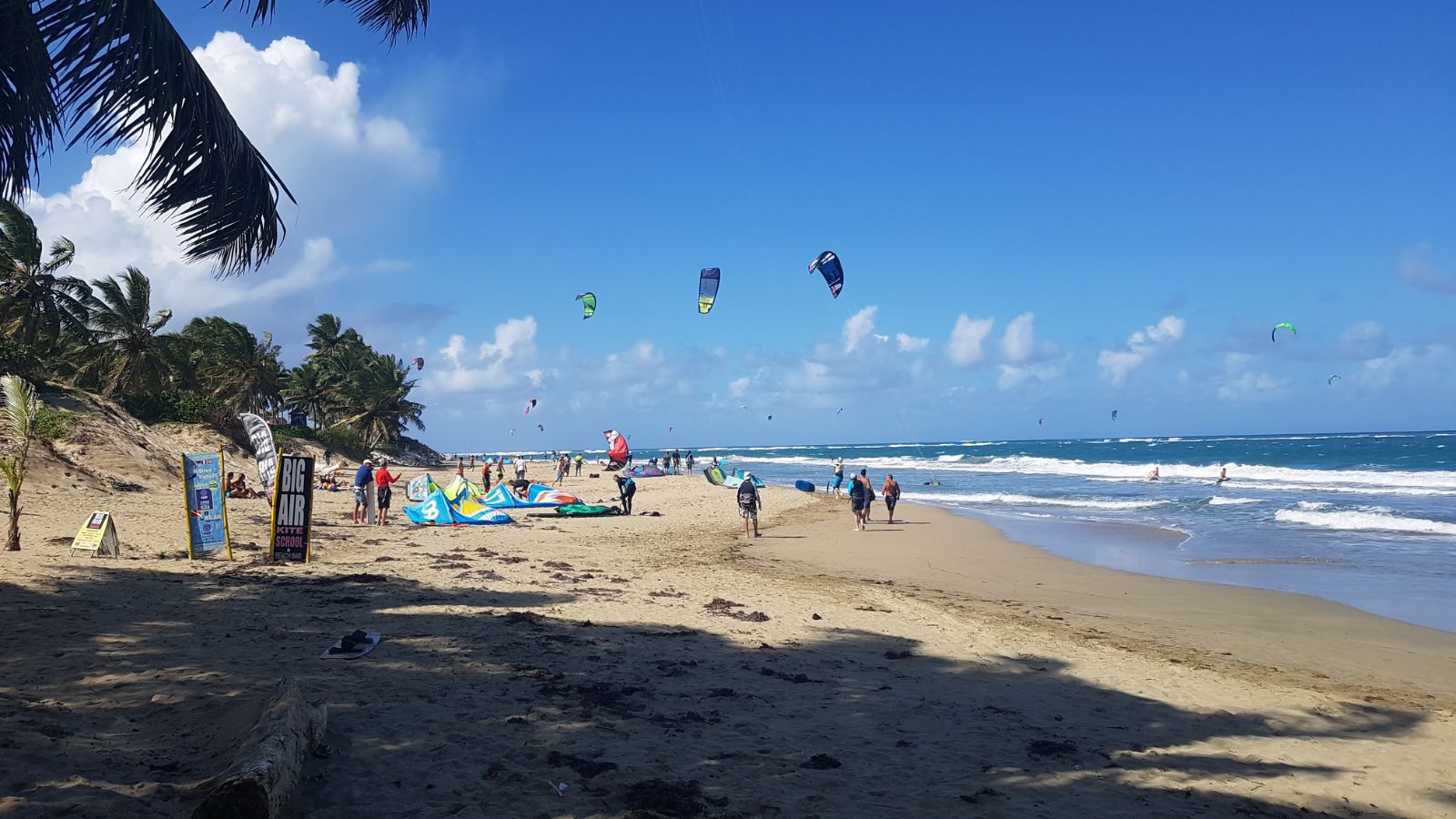 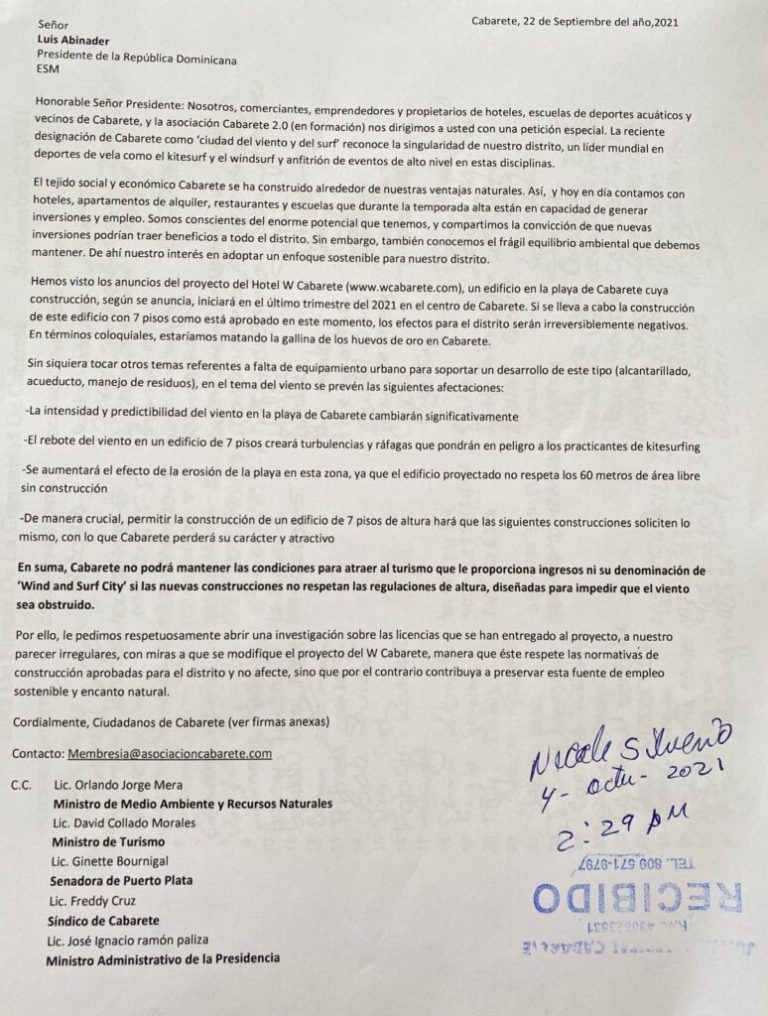 Merchants, entrepreneurs, hotel owners, water sports schools from the province of Cabarete, and the Cabarete 2.0 Association, sent a letter to the president of the Dominican Republic, Luis Abinader requesting not to allow the construction of 7-story buildings on the beach of the tourist destination in Puerto Plata.

The petition seeks to freeze the project of the W HOTELES chain to build 7-story buildings directly in the 60 meters of Cabarete beach, authorized by the past government. However, the permit violates the area’s land-use plan approved by the Ministry of Tourism ( Mitur ).

This request is made at a time when Cabarete has just received the name of “Wind and Surf City,” and those who question said project say that this type of building by the sea could affect the circulation of the breeze that is the main engine of the water sports practiced in this tourist community, according to local press.

The Cabarete land-use plan endorsed by decree 847-09 and Mitur resolution 09-12 only authorizes three floors facing the sea to prevent it from hindering the circulation of the breeze.

The letter explains, in detail, the irreparable damage that would be caused by allowing this type of construction on the Cabarete beach and points out that the current conditions could not be maintained to attract tourism. 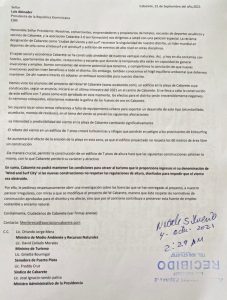 Let’s hope the President will listen and stop this proposal. It would be a disaster for Cabarete.

I agree 7 story buildings would kill the Kite performance and wind surfing. Tourism is needed so compromise on 2 to three story lofts. If no compromise … kill the project.