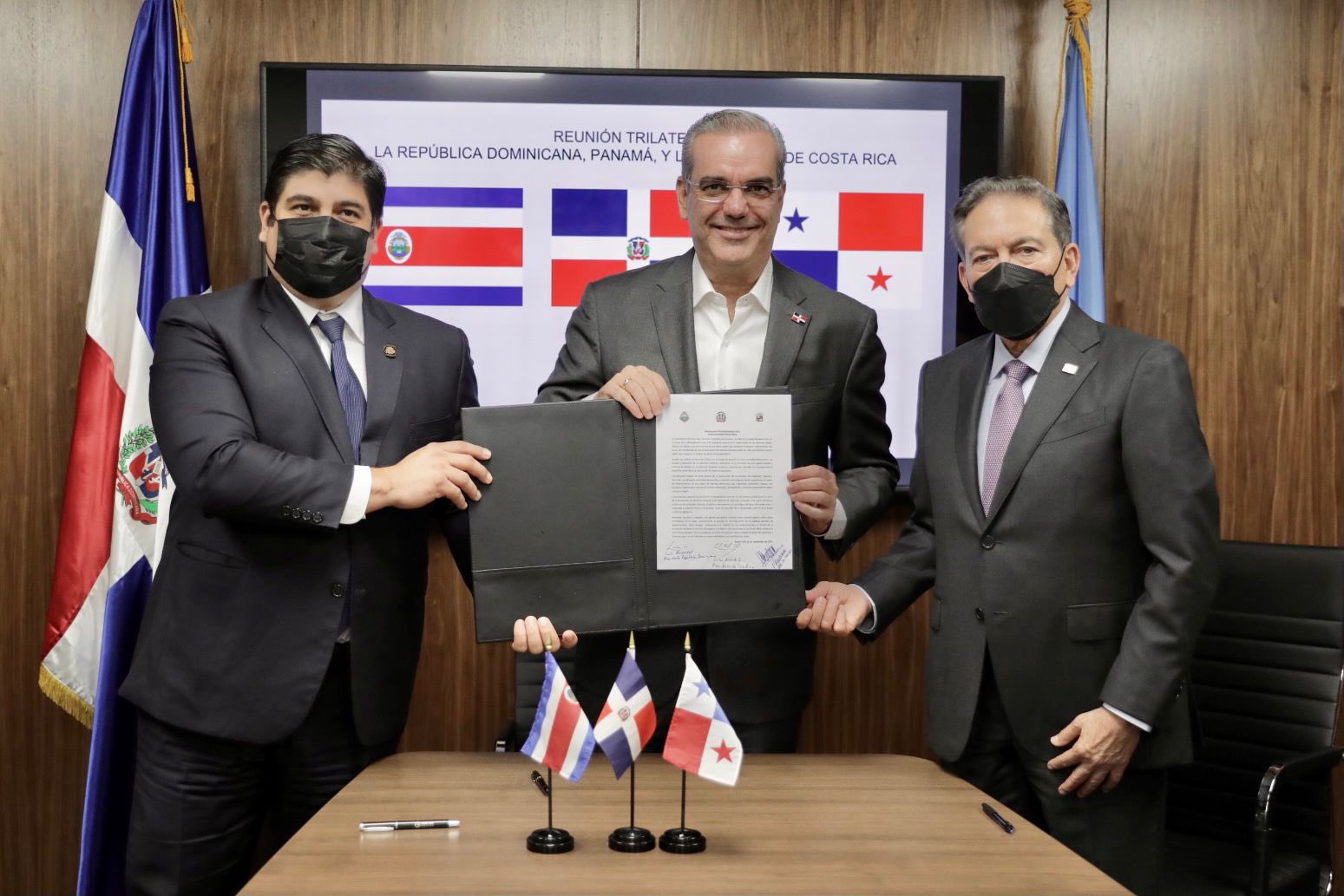 The meeting is between Laurentino Cortizo, from Panama, Carlos Alvarado, from Costa Rica, and Luis Abinader.

The meeting is between Laurentino Cortizo, from Panama, Carlos Alvarado, from Costa Rica, and Luis Abinader.

The third Assembly of the Alliance for Development in Democracy to be held in Playa Dorada next Friday, ten and Saturday, 11 will address migration issues and the promotion of commercial exchange.

The meeting headed by Presidents Laurentino Cortizo of Panama, Carlos Alvarado of Costa Rica, and Luis Abinader of the Dominican Republic is part of a strategic alliance whose first meeting was held within the framework of the United Nations General Assembly, and the second one in Panama City last October.

This was revealed by the Administrative Minister of the Presidency, José Ignacio Paliza, who explained that this initiative is a consequence of the fact that the three countries live today under the framework of democracy and the strengthening of their institutions with very similar values and interests. For that reason, they seek to strengthen the ties between the nations.

The administrative minister said that the participation of President Luis Abinader and his counterparts from Panama and Costa Rica had achieved a higher level of visibility of the problem of Haiti, about which Pope Francis and other dignitaries have expressed their concern so that a certain degree of international awareness of the situation affecting that country has already been achieved. Paliza emphasized that essential business groups of the three countries will meet during the meeting, which is one of the novel factors of this third meeting, as part of the promotion of the commercial exchange between the three nations. He said that at the meeting held in Panama, President Luis Abinader proposed that the next meeting be held in Puerto Plata to make known the progress made in this area to the leaders and their delegations. They will visit important places in this province.

First Ladies
The Administrative Minister of the Presidency, Mr. José Ignacio Paliza, said that the first ladies would develop their agendas within the summit framework to exchange initiatives to promote the activities related to the artistic, cultural and social action links. He said that the meeting in this province contributes to making visible the achievements of this zone.