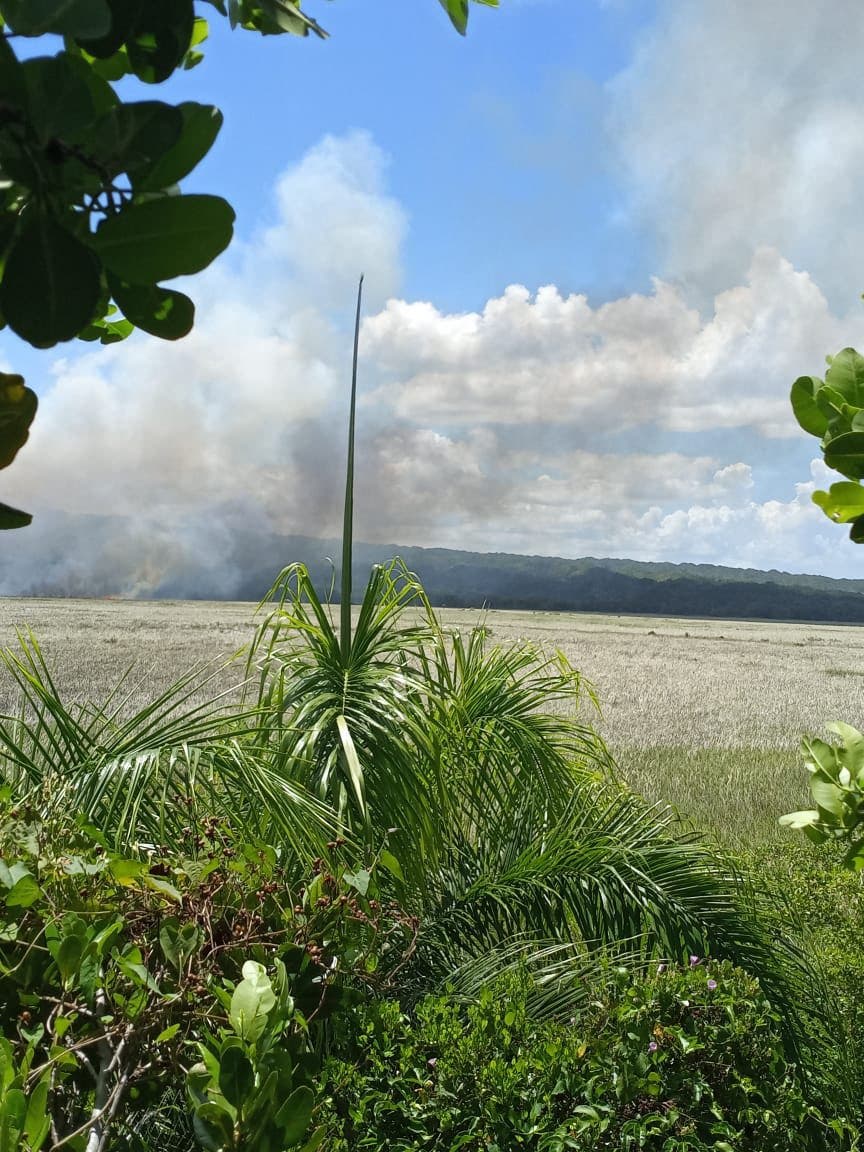 The Minister of the Environment and Natural Resources, Orlando Jorge Mera, announced that the fire in the Laguna La Ciénaga, located in the municipal district of Cabarete, was extinguished. After a day of effort from all the authorities, a helicopter with a water tanker had the most impact on extinguishing the flames.

The minister also thanked the Puerto Plata Fire Department and Senator Ginette Bournigal, the Mayor of Cabarete, Freddy Cruz, and the Chief of the Dominican Republic Air Force, Major General Leonel Muñoz, expressing that they all contributed to keeping the fire under control.

Mayor Cruz reported that the fire was set by the Desaprensivos, declaring this act as an environmental crime that “cannot be tolerated by the authorities.”

On the other hand, Jorge Mora indicated that there are many eneas plants in the said lagoon, which are very explosive, which could have facilitated the fire in this area.

After announcing the control of what happened, he, on behalf of the Ministry of the Environment and Natural Resources, thanked the entire relief team that was present during the last 24 hours.