Abinader leads the inaugural act of different works in Santiago 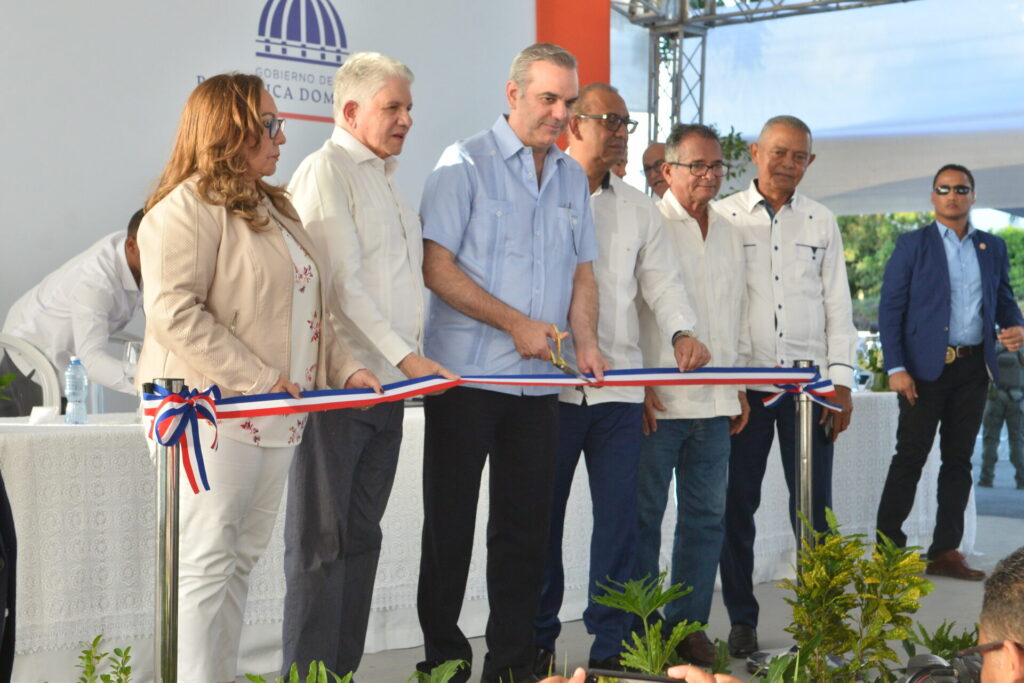 President Luis Abinader presided over the delivery ceremonies for several infrastructure projects, including the remodeled Joaquin Balaguer highway, bridges, asphalting, sidewalk, and curb construction in various communities and neighborhoods. The works are overseen by the Ministry of Public Works and Communications, and the total investment exceeds 978 million pesos, with the Santiago de Los Caballeros-Navarrete highway accounting for 497 million pesos. Deligne Ascención, the Minister of Public Works who accompanied the president during these activities, stated that the symbolic cutting of the ribbon that leaves the Joaquin Balaguer highway inaugurated in the section of the Duarte highway between the city of Santiago and the municipality of Navarrete “has a special meaning and is part of the investment plan we carry out to improve traffic and road connections throughout the region.”

He stated that the set of investments made by the government through the MOPC has been dubbed the “Ciudad Corazón Urban Accessibility Plan,” and is aimed at facilitating integration between the city’s traditional and residential neighborhoods and the municipalities’ expanding areas. “This section of the old highway, over the years, has become an avenue with multiple businesses and industries that make it a highly trafficked road. They had turned it into a dangerous and tedious highway due to the deterioration of the pavement, the lack of signage, and the insecurity with which it was discovered,” explained Ascención.

He stated that the remodeling will now allow for a more comfortable and safe route for travelers heading to Navarrete in the Northwest region, as well as an improvement in the connection with the highway leading to the city of Puerto Plata. While signaling tailored to new construction technologies will ensure the safety of light and heavy vehicles passing through it.

And who will monitor all of this?? Oversight, and accountability are needed. The vultures are circling.