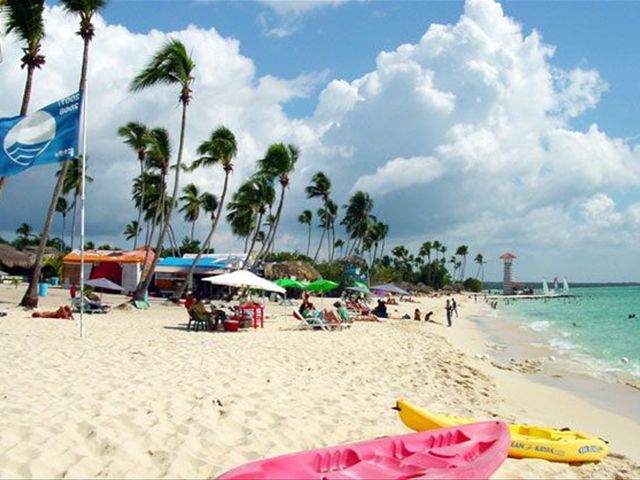 After years idling in the doldrums, visitor arrivals tosome parts of the region are increasing rapidly, travellers are spending more,and the yield for hoteliers is improving. Moreover, as demand soars it isgetting much harder for visitors to find a quality hotel room in the highseason at short notice in Cuba, Jamaica, the Dominican Republic and somesmaller Caribbean destinations like Aruba.

Cuba apart – a special case following the virtual freeingof US travel restrictions late last year – this rapid increase in demand for aCaribbean vacation largely reflects the fact that disposable income in the mainfeeder markets in North America and parts of Europe is increasing as economicrecovery occurs, and travellers begin to feel more financially secure. It isalso the case that some Caribbean destinations such as some parts of Jamaica’snorth coast have again become ‘hot’ in the eyes of those who establish onsocial media and in print the image of an aspirational destination.

But for the most successful Caribbean markets there arealso other factors at work.

The recent surge in visitor demand and indications thateven the lower cost coming summer season is building well, reflects bettermarketing, product improvements, and new airlift that has resulted in improvedaccess, for instance, from the countries of Latin America and from Scandinavia.It also, in part, reflects the ability of lower cost air carriers to pass on tothe growing numbers of visitors using their services, the savings they aremaking as the price of aviation fuel falls.

What this means is that the industry in many Caribbeantourism destinations is not only making a significant contribution to nationaleconomic recovery but again demonstrating its often ignored significance to thewider Caribbean economy.

At its most basic this is good news, but it also raisesinteresting questions as to where the region’s product is headed now thatsustainable growth again seems possible.

For some, renewed demand is simply about a return tobusiness as usual, the end to heavy discounting of room rates, and theCaribbean again taking its ‘rightful place’ as the world’s paramount warm waterdestination.

However, for those in the industry who are morethoughtful, it is about recognising that during the years of stagnation, theglobal market place for tourism has changed, becoming intensely competitive,and that the future will require adapting the product and the tourism offeringso that present success is sustainable.

For those willing to look over the horizon, the issue nowis about reorienting and developing the Caribbean tourism offering to reflectchanging international demand for the authentic, for quality service andcuisine and even when the price is high, value for money. It reflects too anunderstanding that a significant part of the higher spending end of the marketis looking for much more than just a luxury hotel and a beach in the tropics.

This will mean a sea change in the way that some in theindustry and government in the region think. It is about more than the normaldefault position of rebranding. It requires a new approach, involving both theindustry and government reconceptualising tourism, hotels and the tourismproduct in ways that make it globally competitive and ensures that a visitorfeels that the region and a destination is special and wants to return.

This will not be easy as it requires properties,restaurants, attractions, and if they are able to become better corporatecitizens, the internationally branded chain hotels, to think in a vernacularway and come together to renew and develop the product in a manner thatpromotes the uniqueness of the Caribbean nations in which they are located.

By the vernacular in tourism I mean giving greaterconsideration to the genuine in the physical, cultural and social environmentin which tourism takes place.

Over simplified, while there is a place for Disney, theHard Rock, and the Ritz Carltons, these offerings have nothing to do with theregion. They bring visitors but they are based solely on generic global brandsthat have little to do with the nations in which such properties choose tolocate.

Worse, in their desire to attract globally brandedproperties that put the destination on the map governments unintentionallyimply these are benchmarks that all should aspire to. The effect is to promoteemulation and a clash in its broadest sense with local culture, homogenisingarchitecture and cuisine, dumbing down entertainment and much else that isunique to the Caribbean.

This is not to suggest that achieving this in a rationaland balanced way is easy, or even viable for certain parts of the tourismmarket, but if the Caribbean does not recognise that it has more to offer thana smart international hotel, with smart international cuisine, set on a whitesand beach with a golf course, it is neither doing the country in which theproperty is located a service nor underwriting long-term competitiveness in aninternational market where almost everyone else is doing the same.

There are alreadyin the region some interesting examples of how the vernacular might beachieved. At its most obvious the approach has tended to be in old colonial districts.At its most successful it is a few streets in the colonial part of old Havana,but it also exists in a number of largely upscale hotels and some restaurants inGrenada, Barbados, Jamaica, the Dominican Republic, and Cuba.

This is not to setaside what the Caribbean already has, but to suggest that there is a need infuture for a more creative approach that ensures that from the moment a visitorarrives they are not in a pastiche of the authentic.

This will not be easy. It requires the industry andgovernment to consider how best to renew and develop the product in a mannerthat promotes the uniqueness of the Caribbean nations in which it is located.

There is now everyreason to take a much longer term view on these and other issues, to look overthe horizon, and to try to envisage what a competitive Caribbean tourism mix mightlook like in twenty years time.

Previous columns can be found at www. caribbean-council.org