Latin America and the Caribbean not an economic entity 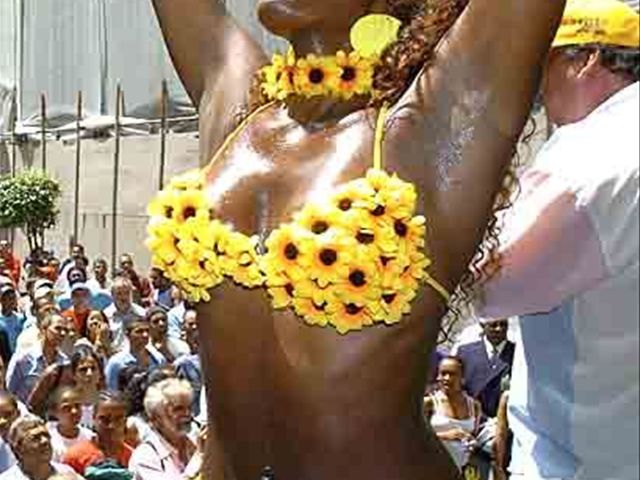 Is ithelpful to describe Latin America and the Caribbean as if it were a singleentity? What does this do to the way the Caribbean is perceived?

Inrecent years the expression Latin America and the Caribbean, or LAC for short, hasbecome a catch-all, used increasingly to view trends in nations that are atvastly different stages of development, in many cases not geographicallyproximate, and often with very little in common.

It is anapproach particularly favoured by multilateral institutions seeming to be theremore for reasons of political inclusiveness or bureaucratic neatness.

Whilethe LAC expression genuinely has a place in providing a framework for politicaldialogue for those within and beyond the hemisphere, when it comes to economic matters and theCaribbean, it is of questionable utility given the often very different natureof the challenges facing the Caribbean.

In thelast few days there has been widespread international coverage of the view thatthe LAC region is about to enter a period of very low economicgrowth, possibly amounting to a recession.

Underlyingthe concern expressed by many economists and those who work for multilateralinstitutions have been statistics that indicate that growth rates in the LAC regionare likely to decelerate further as a result of falling commodity prices and slowergrowth in the rest of the world, particularly in China.

The pointwas driven home with the release by the International Monetary Fund (IMF) of a report‘Jobs, Wages and the Latin American Slowdown’ just before its annual meeting whichbegan on October 9 in Peru. Then the IMF indicated that the deceleration hasbeen unexpectedly acute in the Latin America and the Caribbean region where it saysaverage GDP growth is likely to stagnate this year. This is in contrast to its previousforecast of a 1.5 per cent increase for 2015.

However,a closer reading of the report makes clear that these headlines largely do notapply to Mexico, Central America and the Caribbean.

According to the detail contained in the IMF report,the global slowdown is likely to have a differentiated impact across the LACregion. It observes that while itsforecast lower growth prospects for the whole region are largely a reflection ofworld events; Mexico, Central America and the Caribbean – which grew lessrapidly during the commodity boom and experienced a more prolonged period ofdepressed growth after the 2008-2009 global financial crisis – are nowrecovering faster ‘under the pull of the consumption-led US recovery and favourable(on average) terms of trade developments’.

Thereport also points out that some South American countries are faring betterthan others, noting that in Colombia, Peru and Uruguay, estimated growth in 2015is anticipated to reach about three per cent. This is in contrast to Argentina,Brazil and Ecuador where negative growth is anticipated.

For theCaribbean the difference is important and one that the IMF, other multilateralbodies and financial journalists should much clearer about; not least becausethe Caribbean economy is far from being integrated with Latin America.

For theCaribbean what the IMF report actually implies is that Caribbean Basineconomies that are services sector or US export oriented have much brighter short-termprospects, unless they are largely commodity dependent. That is to say, nationsthat are strongly tourism oriented, are financial services providers, or aredeveloping newer industries based on technology, innovation and entrepreneurship, and which relate to markets inNorth America in particular, are likely, to continue to experience growth ifcompetitive; despite the economic difficulties of the advanced developingnations.

Moreover,given the significance of the US as the main driver of the Caribbean economy andits continuing economic recovery, thelonger term boost to US growth flowing from the just signed TransPacificpartnership Agreement and the as yet to be completed EU-US Transatlantic Trade and InvestmentPartnership, suggest that demandfrom the US for Caribbean services will potentially increase.

For thetime being at least, a further positive factor for much of Central America andthe Caribbean is Venezuela’s continuingcommitment to maintain its preferential arrangementson oil through PetroCaribe, while nations try to undertake a more diversifiedapproach to power generation and address their indebtedness.

That said, it isclear that uncertainty continues to surround Venezuela’s economy whichis predicted by the IMF to contract by 10 per cent this year as it struggles with declining oil prices, domestic inefficiencies, and widespreadshortages. According tothe IMF, it nowhas the world’s highest inflation rate at around 200 per cent, and despite being South America’ssecond-largest economy is likely to grow by just 0.4 per cent this year and thento contract by 0.7 per cent in 2016.

Speakingin Peru about this the IMF’s Managing Director, Christine Lagarde, observed that the multilateral body was strugglingwith a lack of information as Venezuela government had not published any price or growth datasince 2014. Otherofficials separately noted that in 2015 Venezuela withdrew more than US$1.8 billion from a special holding account atthe IMF, something theyobserve they rarely see.

What the IMF report and others like it indirectly suggest is that while aLAC-wide approach and important new bodies like the Community of Latin American and Caribbean States(CELAC) are politically and administratively helpfulfor developing political initiatives in the Americas, a pan-hemisphericapproach or entities like CELAC have much less utility when it comes to tryingto paint pictures of economic growth or finding viable solutions.

While the Caribbean is undoubtedly tied to what happens in LatinAmerican economy and to broader global economictrends it, like its counterparts in Central America, remains for theforeseeable future likely to be linked far more closely to the economic fortunesof the US, Canada, and Europe; and in future to inter-regional opportunitywithin the Caribbean Basin.