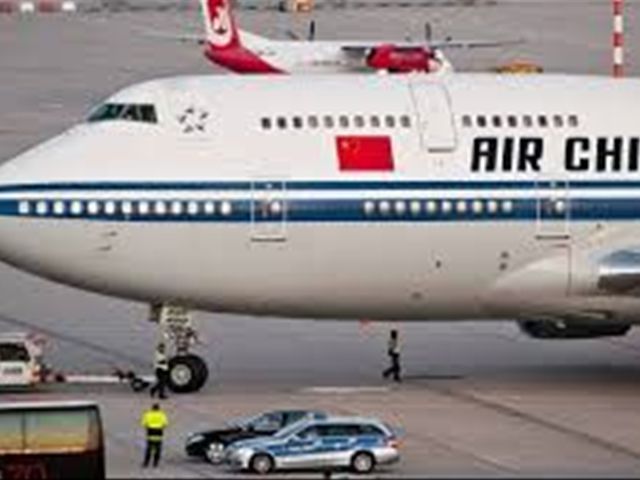 Air China has confirmedthat it will inaugurate a Beijing to Havana air service on December 27.

The flight which willextend the airline’s relatively new, three times a week, Beijing to Montrealservice, will take about twenty hours in all to reach Cuba, involves a threehour stopover in Canada, and uses an extended range Boeing 777-300ER aircraft.The service, which has fifth freedom rights, is allowed to pick up passengers inCanada for travel to Cuba, and forms a part of an eventual longer term businessapproach by Air Canada to create with Air China a trans-Pacific jointrevenue-sharing venture

The new link will bethe first same-plane service to bring Chinese visitors and business peopledirectly into the Caribbean. For China and Cuba the route will be strategicallyimportant given the two countries close ties. It will also demonstrate China’sgrowing presence and role in the Latin American and Caribbean region.

What however, will beinteresting to see is whether the numbers of Cuba-bound tourists originating inBeijing increase in a sustainable way and if over time, the intention is tolink the flights to Chinese Caribbean cruise vacations. At present Cuba says ithas about 20,000 Chinese visitors annually, but has not specified how many ofthese are travelling on business or for meetings with government.

In announcing the newservice, the Cuban media laid emphasis on official suggestions that the newroute is intended not only to catalyse tourism from China to Cuba but will alsooffer the opportunity to develop multi-destination tourism in the LatinAmerican and Caribbean region.

However, until Chinesetourist numbers develop substantially, this at best would seem to beaspirational; although interestingly the new route may offer a quicker route toChina for the ever-increasing numbers of Caribbean officials and visitorstravelling there.

That said, the entry ofAir China into the Caribbean is likely to be the first among a number ofinternational carriers that are considering new long haul services into thewider region.

Another is Emirates,which according to industry sources is to introduce a daily non-stop flightbetween Dubai and Panama City; a hub that has excellent and easy flightconnections to much of Latin America and the Caribbean.

Emirates – which has areputation for a level of service that puts US and European carriers to shame -is scheduled to begin their Panama City route next February with a flight thatwill take 17 hours 35 minutes to cover around 8,500 miles non-stop, making itfor a while the world’s longest scheduled passenger service.

What these new, oftensubsidised services demonstrate is the changing nature of the wider region’srelationship with the world and the relocation of global economic opportunity.

At one level itreflects the evolution of the Caribbean Basin’s political and economicrelations with the world. As the Gulf States, Russia, and countries of SouthAmerica and those to the west across the Pacific see the potential of a muchdeeper relationship, they are prepared to introduce new air services mixingstate and commercial considerations.

At another new servicesresponds to efforts by larger Caribbean Basin and Latin American destinationsto actively diversify their visitor feeder markets using route developmentfunding; the often complex financial incentive schemes that have the effect ofpaying an international carrier to fly to a destination in return for agreedlevels of airlift and a guaranteed number of seats.

And finally there is thelikelihood that new very long range aircraft coming into service will enable inthe near future passengers to consider travelling non-stop much furtherdistances to key hubs like Miami or Panama, or even directly to largerCaribbean nations like Cuba and the Dominican Republic.

In this latter respectwhat are known as ultra-long-range flights are likely to become the norm in thenext few years as a new generation of lighter fuel-efficient aircraft begin toenter service. These are the Boeing777-8 and the Airbus A350-900ULR which will enable dramatically extendednon-stop services to fly for nineteen hours or more.

If airlines can makethe economics work and increase demand based on the low cost of aviation fueland keen fare structuring, such ultra long distance flying could become the newnorm, especially on premium international routes such as those betweenSingapore and New York or Australia and London.

If this does happen itpotentially offers new opportunities for Caribbean tourism, opening up thepossibility of encouraging visitors from populous non-traditional markets inAsia, the Indian subcontinent and the Middle East.

However this will onlywork for the Caribbean if it recognises that aircraft flying longer distancesinitially will only fly to hubs with good inter-connectivity – Miami, Panama,and as relations with the US change, Havana – and requires thinking differentlyabout market development.

Put another way, whilethere will continue to be many opportunities to grow and diversify the existingCaribbean tourism market in Europe, North and South America through directscheduled and charter services, creative thinking will be required aboutlinking with carriers flying directly from potential new feeder markets to theprincipal hubs that serve the region.

As there is no longerany strong commercially-viable inter-regional carrier, this is most likely tomean in the short to medium term working closely with others already operatingin the Caribbean Basin like the financially successful Panamanian regionalairline Copa, and with US legacy carriers and newcomers that have code sharearrangements and are able to provide connectivity.

The region however mayneed to wait for some time before its can see whether Air China’s new Havanaroute encourages Chinese travellers to develop a taste for land based or cruisevacations in the Caribbean, and if an opportunity then arises for a directChina service using ultra-long-range equipment.

Previous columns can befound at www.caribbean-council.org