International banking and the threat to the Diaspora 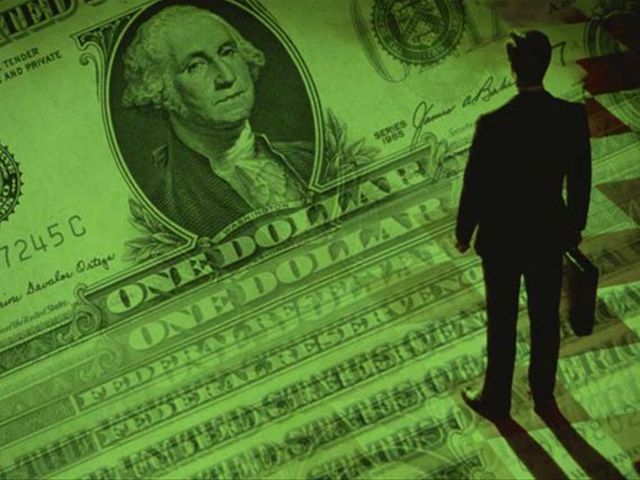 Imaginethis. You, a partner or family member is working overseas. You have beensending money home to support an aging relative or to make a regular payment ona mortgage. You go to the Caribbean money transfer business that you havealways used, only to be told your money can no longer be accepted because thereis no intermediary bank in Europe or the US willing to work with it despite itsabsolute reliability and positive track record.

Althoughoversimplified, this scenario is not impossible as changing international regulationsand risk aversion are having the effect of disconnecting Caribbean financialinstitutions from the international correspondent banking services that arenecessary for them to clear or transfer money.

In thelast year the issue has become a significant problem that potentially threatensto touch significant numbers in the Diaspora who send money home, or smallbusinesses that need to make international payments. It is also a development that has muchbroader significance for many economies in the region, as Central Banks andGovernments for reasons of macro-economic and social stability have come torely on the a constant flow of remittances.

The originof the problem lies in relatively new international regulations intended toaddress money laundering and the financing of terrorism, known as AML/CFT.

This requires that all financial service providers,including the big banks and those working with low-income communities, enhancetheir internal controls; undertake customer due diligence procedures on all newand existing clients; introduce higher levels of surveillance of suspicioustransactions; keep transaction records; and report suspicious transactions tonational authorities. It also requires international banks and financialinstitutions to know that their correspondent bank, for example in Jamaica, theDominican Republic or Guyana, is also undertaking the same level of due diligenceand knows its customers.

This has had the unintended consequence of seeingincreasing numbers of international banks withdrawing their correspondent bankingfacilities either on the basis of the cost of compliance with the AML/CFT rules,or the perceived possibility that they may be placing themselves in jeopardywith their own supervising financial body; with the possibility they may face hugefines.

Soserious has this matter become, that the World Bank recently askedbanking authorities and banks worldwide about the extent to which there hadbeen a withdrawal from correspondentbanking, what was driving this trend, and what the implications were forfinancial exclusion and inclusion.

Its subsequent November 2015 report, ‘Withdrawal fromCorrespondent Banking – Where, Why and What to do about it’, makes clear that the Caribbean is the region mostseverely affected.

The report observes that about half the banking authorities it surveyed,and slightly more local and regional banks, indicated they were experiencing adecline in correspondent banking relationships, with a much greater number, some75 per cent of large internationalbanks, saying the same.

Particularly affected are the clearing (typically by cheque) and the settlement of payments,cash managementservices, international wire transfers, and according to banking authoritiesand local and regional banks, trade finance. The issue was particularlyserious when it came to transactions denominated in US dollars, Euros, the Pound sterling, and theCanadian dollar.

According to the World Bank the banking authorities surveyed indicated thatthose most affected were money transfer operations, followed by small andmedium domestic banks and then small and medium sized exporters.

Uncertaintyabout regulatory obligations, the World Bank said, was leading large banks toerr on the side of caution with the consequence that correspondentrelationships with financial institutions in regions like the Caribbean were beingabandoned, sometimes with no notice period. This then led to a situation where indigenousbanks were finding that it was increasingly difficult to locate correspondentbanks, and that the business costs for all involved had become significant.

The report also showed that the situation wasparticularly acute in the locations where the majority of the Caribbean Diasporareside: the US and the UK.

It also madea number of recommendations, some of which are internal to the waycorrespondent banking operates, while identifying a number of hard-to-addressissues relating to the way in any commercial enterprise can decline toundertake business on the basis of cost, policy or risk.

AML/CFT rules are a classic example of regulation withunintended consequences.

Although seemingly remote from everyday life,correspondent banking is central not just to the global flow of currency andtrade, but in the case of the Caribbean to social sustainability through remittances,which in 2014 were, according to the IDB, worth US$9.9 billion, but probably significantlymore if flows into Cuba were included.

De-risking by correspondent banks is not only drivingillegal money to less transparent channels but if not addressed will have theeffect of damaging the contribution that remittances make to GDP, and touchsocial stability by excluding the unbanked at the poorest levels of society.

Few would oppose rules that halt money laundering, fundingfor terrorists, or tax evasion; yet it seems that these well intended internationalobjectives have led to a situation that particularly discriminates against theCaribbean, enabling either the nervous, bureaucratic or cost conscious who runinternational banks to end their relationship with indigenous banks andfinancial institutions.

During 2015 the issue was raised by Caribbean CentralBanks with the IMF, and by private sector bodies in countries from Belize toGuyana. More recently such concerns were incorporated into the final communiquéof the annual meeting between Britain and its overseas territories, with the UKagreeing to work tomaintain viable banking and financial sectors there.

However much more needs to be done, and in a coordinatedway by Government, Central Banks and the private sector, as the matter is atthe interface between international relations, government regulation, thecommercial, the individual and the criminal.

The issue has the capacity to diminish the regional privatesector, and restrict the flow of remittances which provide liquidity, consumerled growth and stability in many Caribbean economies. It is also an issue on whichthe Diaspora requires leadership and direction to articulate politically theregion’s case in Washington, London and elsewhere.

The issue of correspondent banking for small nationsneeds addressing rapidly at the highest levels of the World Bank, the OECD andthe G20, if regions like the Caribbean are ever to develop strong indigenousfinancial institutions and not see their economies marginalised.