2016 the year to consider the importance of tourism 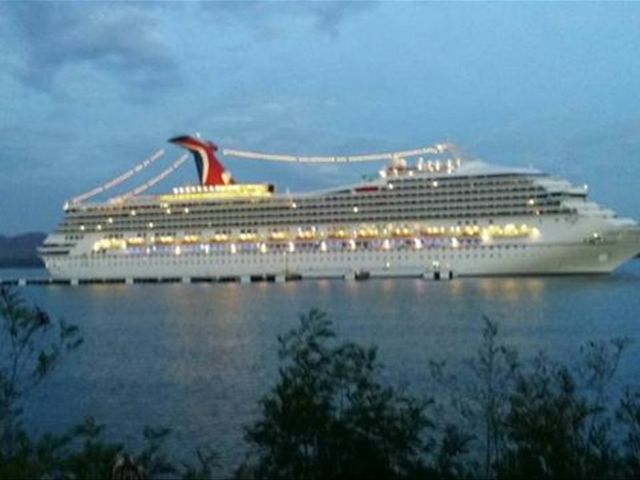 Some years ago, when the banana wars were at their height, the issue forEurope was diversification. Then, the world was very different, the scope ofwhat was possible was limited, and the services sector was not much thoughtabout in Europe as the future economic driver for the Caribbean.

At the time I had a conversation with a senior figure in the EuropeanCommission who was responsible for determining European policy towards the region.What he told me in private was that he and many of his officials could not seeany viable sector for the Caribbean to move into and away from bananas.

For me this did not make sense. Then and now the admittedly not completeanswer was straightforward – tourism – and I said so. My interlocutor was polite, but in a northernEuropean way was quietly horrified: “too fickle” he said, “uncertain,impossible”. And that was the end of that, and in a minor way an indication of thereason at that time and for many years afterwards why Europe felt tourism wasnot worth supporting.

In part, as I subsequently discovered, his views had been formed by hisregional counterparts. The European Commission had heard at the time from theregion that it was less than enthusiastic about tourism, preferring instead tofight for the status quo and the moral high ground of agriculture; despite thefact that the region was a high cost and largely inefficient producer ofcommodities and preference was eroding rapidly.

For me it was a lesson. It made me realise that awareness of tourism andthe absence at the time of macro-economic statistics indicating its extraordinaryability as an industry to deliver rapid economic transformation, required thoseinvolved to become engaged in changing governments’ thinking, even ideology.

Although I did not realise it then, the breakthrough had already begun whenCuba, realising that one of few ways it could survive the multiple implicationsof the collapse of the former Soviet Union, was to encourage Spanish hotel investorsto work with it to develop tourism, demonstrating in part that the nature ofthe near philosophical debate in the rest of the region about the industry neededto change.

Today, more than thirty years on, while some anti-tourism sentimentstill prevails, it is evident that the industry has become the one on whichalmost every nation in the region depends, to a significant extent foremployment, GDP growth, foreign exchange, and in sometimes surprising ways as awindow on rapidly changing consumer trends.

If anyone was still in any doubt about the regional economic importanceof the industry one should consider its continuing success and positiveoutlook.

According to the World Travel and Tourism Council the industry accountedfor and average of 14.6 per cent of the region’s GDP in 2014 and this isexpected to grow by 3.3 per cent per annum up to 2025. Not only does this makethe contribution of tourism to the Caribbean economy the greatest in relationto the size of any region globally, but such growth figures are significantly higherwhen it comes to Caribbean economies that have fostered investment in tourism.

In the last months it has become evident from preliminary data fromCaribbean destinations like Barbados and Jamaica, and Cuba that publish statisticsmonthly that almost all destinations are now showing a significant growth intourism arrivals in 2015 and are experiencing a very strong winter season.

In addition anecdotally hoteliers observe that forward bookings aregood, and most tourist boards expect this year significant growth in the numberof long stay and cruise visitors. They also report much improved yield, anincrease in the numbers they employ, and a more general return to profitabilityas their input costs, especially in relation to energy, fall.

Although the year-end figures are unlikely to become available for acouple of months yet, it is probable that they will show that 2015 was theperiod in which the tourism industry in the Caribbean exceeded the highs experiencedbefore the 2007/2008 global financial crisis and has become the sector that isthe most important contributor to economic recovery and long term growth inmany nations.

There are also many positive signs of investor confidence in the long-term future of the industry in the region. New properties have opened and in the lastmonths alone agreements have been reached in the Dominican Republic, Antigua,Dominica, Barbados, Cayman, Cuba and elsewhere for the construction of major newup-scale resort properties, suggesting that in the coming years branded hotelchains, and an increase in the overall number of quality new rooms will enablethe region to better compete as a top-end aspirational destination.

Recent forecasts by industry analysts indicate that the overall growthin arrivals into the region in 2016 will average between 2.7 -2.9 per cent withsignificantly higher figures in some destinations.

What all of this suggests is that the moment has come for the CaribbeanTourism Organisation (CTO) and the Caribbean Hotel and Tourism Association(CHTA) to take the time to consider with Governments what is required to ensurethe industry’s sustainability in a global context, and to develop a better understandingits long term growth and stability requires as much political effort and attentionat both a domestic and international level as was afforded to commodityagriculture in the past.

Unfortunately there is not a formal Caricom Council of Tourism Ministersmaking recommendations to Heads of Government.

This argues for a new way forward in which first the regionalinstitution comes to see the political and functional value in working with anindustry that has a bright and dominant future, and secondly for its incomingad-interim Chair, the Prime Minister of Belize, Dean Barrow, to be encouraged to convene a working meeting aimed atidentifying with CTO and CHTA the impediments to future tourism growth, at the very least determiningpossible short, medium and long-term responses, and then identifying sustainablesolutions that might be supported by external development agencies, through CTOand CHTA, starting with the easiest issues to resolve.

This would not mean trying to address intractable issues like regionalair transport or high levels of tourism taxation. Rather, by way of example itcould at one of the spectrum involve making travel into and around the regionmore attractive by the region-wide adoption of Aruba’s approach that enablesimmigration forms to be filled in on-line before departure; while at the other,beginning a strategic dialogue that might result in research enabling governmentto see how to adjust rapidly its support tourism for instance in the face of aglobal economic downturn.