The shock of the new – Drones and the Caribbean 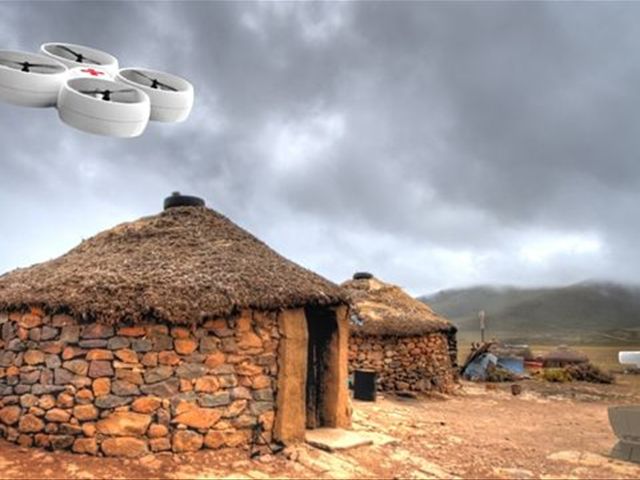 Drones, the unmanned aerialvehicles (UAV) loved by hobbyists, but which have important everyday commercialand other applications, are starting to become an issue in the Caribbean, raisingunusual questions for governments and the tourism industry about freedom,safety and security.

In the last month it hasemerged, for example, that while an estimated 5,000 drones are using Dominican Republicairspace, almost all of their owners are not complying with the local regulationscovering the devices.

In a recent interview withDiario Libre, the Director of the Dominican Institute of Civil Aviation’s(IDAC) Flight Operations Department, Pablo Cabrera, said that since April 2015when regulations were introduced to control the use of UAVs in Dominicanairspace, just 27 operators had registered at IDAC. Mr Cabrera said that mostwho had done so were those who undertake commercial activities, such asfilming, or topographical measuring for engineering or agriculture.

So concerned has Barbados becomeabout UAV use, that it recently announced a 12-month prohibition on theirimportation. The Customs and Excise Department said that the ban from April 1 wouldallow the authorities to complete a legal framework to govern the use of suchdevices and determine the number in operation in Barbados. A spokesperson forthe Customs and Excise Department noted that concerns had been raised about thepotential for their misuse and the risks posed to safety, security and privacy.He also said that said that during the last two years there had been asignificant increase in the number of drones for commercial and recreationaluse being allowed into the country.

As the online hobbyist publicationDronelife.com, demonstrates, taking your drone on a vacation, particularly foryounger travellers, has become what the publication describes as an ‘epic way to catalogue your summer exploits’; is much cooler thantaking selfies; and is the best way of ‘capturing your visit to the beaches ofthe Caribbean’.

Fun aside, Dronelife recognisesthe growing challenges faced by visitors travelling with a UAV, with itsreaders citing examples of having to pay duty in the Bahamas, a complete ban inNicaragua, the more common experience of uncertainty among customs officers andthe police in nations from St Vincent to Cuba, and a lack of certainty aboutwhich if any Caribbean country requires a licence to fly a UAV. There are alsoit seems, significant airline safety concerns relating to checking-in dronesbecause of the lithium batteries they use.

What this demonstrates is howunprepared the region is for new technology. It also makes clear that there isno joined up Caribbean approach as to their use by either citizens or visitors,that better and more consistent regulations are now required, and in the caseof tourists, appropriate information should be made available before theydepart for the region.

The trouble with this is that fewCaribbean islands have relevant legislation other than in relation to kite flying. Even where there are UAV-specific regulations,it is unlikely that any country has a police force equipped or able to catchthose who break the rules. Moreover, it is clear from online blogs by droneflyers that it is very hard for them to discover what local controls exist asto where they may or may not fly their craft without permission.

The paramount issue is ofcourse safety and security. Drones pose a significant danger if used close toairports and are a potential threat if flown over or near military or other facilitiessuch as prisons or certain government offices, where elevated security isrequired.

This is resulting in an increasingnumber of warnings from local authorities in the region to private andcommercial operators, noting that they could face prosecution if they arecaught flying their devices in designated zones.

However, even then the rulesare far from consistent. For instance, Barbados already restricts recreationalflying of UAVs to four designated areas in the country and requires anoperating licence, while other countries prefer an approach that designateswhere they cannot be flown.

On the positive side, however, commerciallyused UAVs have become a key support and promotional vehicle for the marketing of hotels in many Caribbean destinations andlocations, as well as to sell real estate to overseas buyers. This is because oftheir bird-like ability to fly and swoop over islands, hotels, beaches and thecountryside, providing high resolution panoramic and close up pictures in waysthat, with the right soundtrack and voice-over, add dramatically to the abilityto romanticise and sell a vacation or property. They also have an increasingly important rolein the Caribbean in monitoring environmental issues, for weather forecasting,and in relation to national security.

As a consequence, manycompanies are emerging in the region and internationally specialising in UAVphotography and other applications and are actively selling their services togovernments, tourist boards, hoteliers, politicians and all manner of local andinternational agencies.

Offsetting this is the issue ofpersonal privacy. Hoteliers and the tourism industry are regularly concernedabout how to protect their VIP and celebrity guests who value the approach thatmost Caribbean destinations and citizens take in respecting their privacy.However, this is changing as the international media have begun to pay largesums for pictures or video footage of movie stars, footballers, politicians,and others in the privacy of their villa or hotel.

This is leading to drone usersfrom paparazzi to individuals not just seeking out the well-known, but in somecases picturing visitors who have come to the Caribbean because it offers them theopportunity to enjoy themselves in the company they chose.

Dronesare yet another form of disruptive technology that governments, the securityservices and the tourism industry in the Caribbean will have to come to termswith. The Caribbean cannot avoid being in the stream of global change meaningthat whatever new technologies takes hold in North America and Europe, willbecome the new normal in the region.

Uber,Airbnb, electric vehicles, cashless transactions, cyber security, and now UAVsare all issues the region requires a response to if it is to embrace the waysin which the world and its own young people’s expectations are changing.

Thechallenge in the case of UAVs will be to determine how best to balance security,regulation and privacy, against their commercial value and the individualfreedom that their operation implies.