Renewing the US relationship 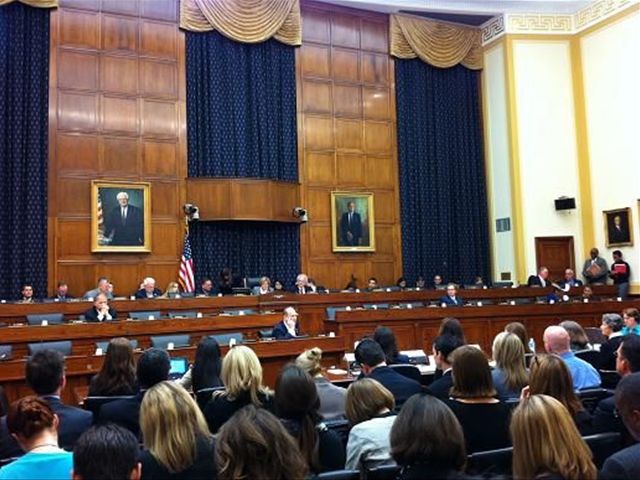 A few days ago the US House Foreign Affairs Committeeunanimously agreed a draft bi-partisan bill that seeks to have theAdministration give greater priority to the US-Caribbean relationship.

The legislation, The United States-Caribbean StrategicEngagement Act of 2016, was sponsored by the ranking member of the US HouseForeign Affairs Committee, Eliot Engel, a Democrat, and Representative IleanaRos-Lehtinen, a Republican and a former Chair of the committee. It requires theUS Secretary of State and the Administrator of the US Agency for InternationalDevelopment (USAID) to submit to Congress a multiyear strategy that focuses ona new approach to the region and to the Caribbean Diaspora in the US.

The bill has no funding attached to it. Instead, itsintention is to make the point that the Caribbean should matter more to USAdministrations. Congressman Engel said that because of the many challengesfacing the US, some parts of the world received more attention than others, butdespite this the region was “profoundly important” to the US. His bill, hesaid, made clear that US-Caribbean relations were “a major priority.”

The legislation requires the State Department and USAID toidentify US policy priorities towards the Caribbean; outline an approach thatwill broaden their outreach to the Caribbean Diaspora in the US; and todescribe how they will work with governments to improve citizen security and toreduce narcotics trafficking. It also calls for the creation of acomprehensive, multi-year strategy that improves energy security, while seekingimproved diplomatic engagement and the development of an approach that encourageseconomic diversification in the region. In addition, it requires reports on theCaribbean Basin Security Initiative and an evaluation of US diplomaticengagement with the Eastern Caribbean, a matter of particular interest toCongressman Engel.

While the State Department in particular is interested inthe House Committee’s initiative, it is clear from private conversations thatit will be very much up to the region to respond to the opening that Mr Engel andMrs Ros-Lehtinen have created. Unusually, it also offers an opportunity for theCaribbean and the US Administration to give serious consideration as to how theregion’s Diaspora might be engaged in the political and policy process.

It would be easy for the region to dismiss the bill giventhe absence of any funding and the apparent generality of its approach. Notonly would this be wrong, but would fail to see that it can enable the regionto break out of a cycle of doubt, complaint and cynicism about US policy.

Put another way, this is an important initiative as itoffers the region a unique opportunity to reset the relationship. If positivelyresponded to, it could force creative thinking by both parties about itsmodernisation and the issues it should address.

Unfortunately, some in the Caribbean have become so used totelling the US what is wrong with its policy, and continuing to press for morefunding, that Washington with its many other global priorities has largelytuned out.

This need not be so as the region has many friends in anaround both political parties and in the Administration who want to have awell-considered dialogue on the issues that matter to both the US and theCaribbean.

In a few days’ time there will be a first opportunity towelcome the opening the bill has provided.

On May 3/4, Caribbean and Central American Heads ofGovernment will attend in Washington meetings led by the US Vice President, JoeBiden, on regional energy, and seemingly on other issues including security andcorrespondent banking.

There, CARICOM ought to be able to build on the HouseForeign Affairs Committee’s helpful initiative, making clear at the very leastthat the region wishes to flesh out the ideas it contains and develop a wellthought through approach to Congress and the Administration, while encouraginga broader dialogue through the many think tanks and policy influencers who atpresent think very little about the Caribbean.

In doing so the region could usefully develop with itsfriends in Washington practical proposals based on the areas the bill outlines,while encouraging Diaspora organisations to come together to extend theCaribbean’s political reach by playing a role in the process.

Commenting on this and the need for the region to follow upon the initiative, Sally Yearwood, the Executive Director of Caribbean CentralAmerican Action (CCAA) in Washington has stressed that the region needed torespond and to see this as what she described as “a unique opportunity toengage constructively with Congress and the Administration.”

Ms Yearwood has also said that she hoped that when CaribbeanHeads of Government are in Washington for the regional Summit, they clearlycommunicate their support for the Bill.

“The Bill provides a roadmap that could influenceUS-Caribbean dialogue for years to come and, could have an important andpositive effect on relations and cooperation in strategic areas,” she said. Shealso said that her organisation was in the light of the bill was working withCaribbean private sector leaders to encourage engagement in the Caribbean andWashington in the areas in which they believe greater US involvement isrequired.

Congressman Engel has called on the US administration todemonstrate a genuine and detailed commitment to its relationship with theCaribbean. It is now up to the Caribbean to reciprocate and develop languageand thinking that is not just reactive to present problems, but results in newideas and new thinking about the future relationship.

Regrettably, for too long the region has not been able toidentify with a single sustained voice how the dialogue with the US might berenovated, become less antagonistic and closer.

Given the bill’s uncontentious nature and the absence of anyfunding requirement it may well pass easily through both houses of Congressinto law. If it does, and the value of this helpful bipartisan initiative isrecognised in the region and built on, it could set the scene for a morepractical engagement with the next US administration.