Reading the writing on the wall 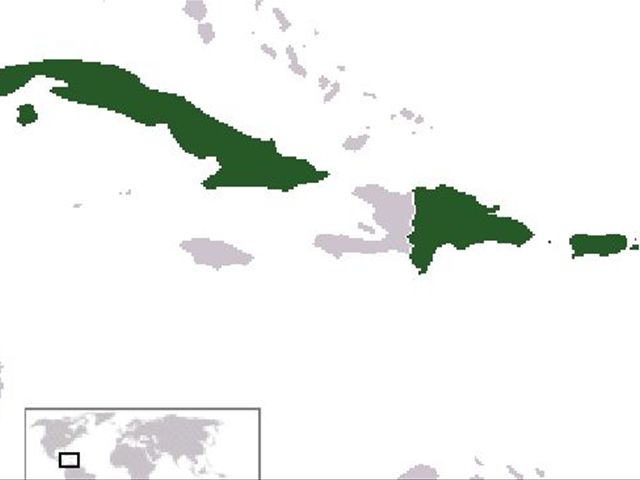 In Havana on April 28, the Dominican Republic and Cubaagreed to explore the possibility of a partial scope trade agreement.

There Cuba’s Deputy Minister of Foreign Trade andInvestment, Ileana Nunez, and Cesar Dargan, the Dominican Republic DeputyForeign Minister for Commercial Affairs and Trade Negotiations, agreed a jointstudy focused on strengthening economic and commercial relations, theconclusions of which they said will inform their governments on whether theyshould forge a strategic economic alliance and build much stronger trade ties.

The signing took place in the margins of a Cuba-Dominicanbusiness forum involving one of the largest business missions the DominicanRepublic has ever taken abroad. It included 40 executives from leadingDominican companies as well as senior public sector officials. It was aninitiative, Mr Dargan said, that reflected the desire by Dominican business torapidly strengthen economic ties with Cuba.

The visit follows reports last month that work isprogressing on studies on the creation of a new Caribbean economic block thatmight bring together Puerto Rico, the Dominican Republic and Cuba withobjective of uniting the Spanish-speaking Caribbean and capitalising on newtrade opportunities.

“We hope that in the not too distant future, we can be theDominican Republic, Puerto Rico and Cuba working together as a productiveeconomic block for each of our countries and to strengthen the region,” CarlosRivera Velez, the President of the Puerto Rico Association of Industries, wasquoted by Diario Libre as saying.

What is apparent is that other initiatives are also beingcontemplated that might unify the economies of the northern, or more accuratelywestern end of the Caribbean, causing for the first time since independence andCARICOM’s creation, inter-regional relations to evolve based on economic realismrather than sentiment.

What appears to be happening is that some countries in theregion are now prepared to consider abandoning the past for the future, inorder to find new, strategic paths to economic opportunity.

In a number of speeches and in private, before his partywon Jamaica’s recent General Election, Andrew Holness, made clear that therewas a need to forge much closer ties between the economies of the largerEnglish and Spanish speaking nations of the Northern Caribbean, in a mannerthat might include the Cayman Islands, and possibly the Bahamas.

In the last week, in a practical step in this direction,Edmund Bartlett, Jamaica’s Minister of Tourism, signed an agreement with Cubathat will lead to multi-destination tourism between Cuba, the DominicanRepublic and Jamaica, once a similar agreement is signed with the DominicanRepublic in June. Parallel trade and investment initiatives are expected tofollow.

A few days earlier, Mr Holness had said that he wants toreview the relationship with CARICOM. “Ithink the time has come for Jamaica to fully assess the benefits, opportunitiesand challenges of CARICOM and to assert ourselves in such a way that Jamaicagets the benefit of CARICOM,” he said, in announcing the establishment of aCARICOM Review Commission.

These developments are taking place as the region hasbecome less coherent, or as Trinidad’s President, Antony Carmona put itspeaking at the University of the West Indies on May 1, one where ‘dysfunctionand strife’ now militates against the spirit of the Caribbean integrationmovement.

He was referring, in part, to Jamaica’s concern overmigration issues with Trinidad, and threats of trade retaliation, but it isclear that more generally the region’s present economic approach isunsustainable.

Venezuela’s economic, social and political stability isdiminishing on an almost daily basis and with it the long term sustainabilityof its inter-regional PetroCaribe programme; Trinidad’s economy is strugglingwith low oil prices, job losses and is weak; Suriname is about to enter a toughIMF programme; Haiti is increasingly in the grip of an electoral impasse, andpolitical infighting threatens to destroy what little economic progress it hadbeen making; and many OECS nations are only keeping their heads above water byselling on a one-off income basis their citizenship with potentiallyunpredictable consequences.

In addition, the region’s foreign relations havefragmented, levels of crime continue to rise, most nations are only able togenerate new employment through foreign investment, and a myriad of seriousexternally led problems are beginning to arise, such as the threat posed by thewithdrawal of correspondent banking and the loss of offshore financial servicesactivities to more opaque jurisdictions.

While most nations have turned inward in order to cope,others have begun to seek pragmatic new ways to address the inability of theCaribbean single market and economy to function in real time, or in a way thatincreases regional economic velocity. Guyana, the Dominican Republic, Jamaica,Puerto Rico and Cuba are all exploring new trade relationships that leaptraditional linguistic and cultural boundaries to identify new opportunity withregional neighbours, and a deepening of economic ties with countries in Centraland South America,

The effect is not to set aside CARICOM, but to furthermarginalise it.

Most serious politicians and members of the businesscommunity understand well the need to develop new markets, be lessprotectionist, develop hub and spoke relationships with larger economies, andto use the opportunity of new economic relationships and freer trade, toaccelerate economic growth.

In a Caribbean context this is likely to mean coming toaccept a more central regional role for the larger economies at the northernend of the Caribbean, and for nations with great potential like Guyana. It istherefore ironic that that country experiencing the highest level of growth inthe Caribbean, the Dominican Republic, remains isolated and ostracised as aresult of successive resolutions by CARICOM Heads of Government, and thatCariforum is virtually ignored

It is time for the English speaking Caribbean as a whole todevelop new thinking about how best to incorporate a future open traderelationship with Cuba, the Dominican Republic, and Puerto Rico, in ways thatthat deepen in the longer term, trade with neighbours in Central and SouthAmerica. It is time to read the writingon the wall.