A helpful confluence of events 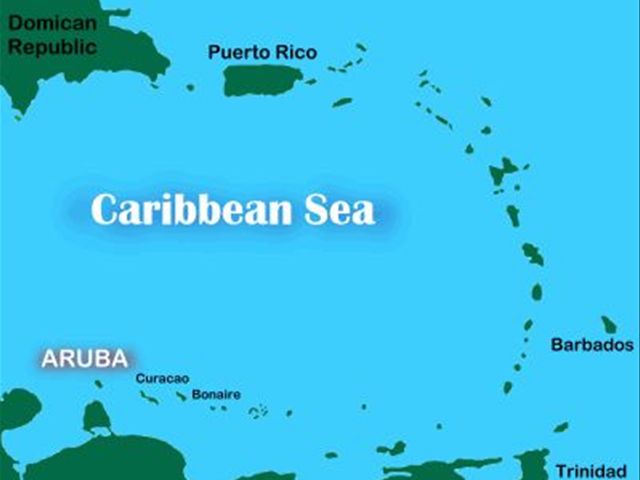 It is clear from a recent visit to Washington that there isa renewed interest in the Caribbean and that its concerns are back on the USagenda.

How this has come about owes little if anything to theusual process of policy development, but to an accidental and helpful confluenceof events and timing.

It is leading legislators, administration officials, thinktanks and friends of the region to the conclusion that the next six months willbe critical to driving forward a practical agenda that could set the scene forthe next US administration.

The events that have brought this about are diverse, buteach in its own way has led to the sense that now is the time for a greaterfocus on the Caribbean region as well as Central America.

Paramount among the factors driving this is the situationin Venezuela. While views differ about what might happen and how radical orotherwise any solution to the country’s problems needs to be, there was, quiteliterally, no one I met in Washington who believed that President Maduro’spresent approach was sustainable; particularly in the light of growing foodshortages. The consensus was that the instability and uncertainty in Venezuelameant that all countries within the region would wish to lessen theirdependency on Caracas and that this would diminish Venezuela’s ability tomaintain a substantial regional role.

Secondly, the situation in Venezuela coincides withwidespread regional acceptance that initiatives being developed over the lastyear by the US Vice President, Joe Biden, that encourage energy diversificationwith the support of multilateral institutions and other governments, isbeginning to almost every country changing their energy matrix, reducing costsand placing a greater emphasis on energy security.

This change in thinking, interlocutors pointed out, coincidedwith a period of low energy prices enabling a period of adjustment, probablyinvolving the supply of natural gas from the US, Latin America and Mexico, andthe development in key countries like the Dominican Republic of LNGtranshipment hubs.

There was also a sense that the Caribbean was entering anew era in which it would find itself at the centre of global shipping routeswith the opening of the widened Panama Canal. The fact that the first vessel topass through on June 26 would be Chinese, carried with it the message that theregion was about to become a global transhipment hub of strategicimportance.

The view was also expressed that the US territories in theCaribbean were in a position to play a role in the changing the US-CaribbeanBasin relationship. Congresswoman Stacey Plaskett, in remarks at a full tooverflowing seminar in Congress on the Caribbean organised by theInter-American Development Bank and Caribbean Central American Action, madeclear that she and the USVI were reinterpreting their role and were prepared tobecome a voice for Caribbean concerns within the US legislature. OtherCongressmen and women also spoke positively about re-engagement.

At the same time there was a pervasive feeling thatPresident Obama’s continuing policy of détente towards Cuba had significantlychanged the dynamics of the region’s relationship with the US, effectivelysetting aside the hemispheric animosity that had built up over decades.

All these developments, it was observed, coincided with theemergence of political parties across Latin America and more recently theCaribbean that were in one or another way conservative in their outlook. WhileArgentina, and recent changes in Brazil were cited as examples, in theCaribbean there was a real interest in the way in which the new St Lucia andJamaican administrations might change the dynamics within CARICOM and theregion’s dialogue with present or future US administrations.

Another important factor in recognising that it was themoment to begin to develop a greater US focus on the Caribbean, was therecognition by the US administration and Washington based multilateralinstitutions that tourism had become of central economic importance to thefuture growth and economic success of the region. It was seen as tying the USto the region in multiple ways. Not only was a visit to Washington by adelegation from the Caribbean Hotels and Tourism Association’s (CHTA) led byits President Karolin Troubetzkoy and its Director General, Frank Comito,welcomed everywhere, but there was genuine engagement with the detail of thechallenges facing the industry and its centrality to future Caribbeanprosperity.

Quite separately as this changed thinking is beginning toemerge, there is also an interest in at least one major Washington-based thinktank in developing a focus on the Caribbean and in looking past the presentconcentration on Cuba, Venezuela and change in Latin America.

Wrapped around and giving focus to all these developmentsand discussions on a host of more specific issues such as correspondent bankingand de-risking, or visitor and cyber security, was the passing by the House ofRepresentatives on June 15 of a bi-partisan bill that seeks to have the USAdministration give greater priority to the US-Caribbean relationship.

The legislation, The United States-Caribbean StrategicEngagement Act of 2016, was sponsored by the ranking member of the US HouseForeign Affairs Committee, Eliot Engel, a Democrat, and Representative IleanaRos-Lehtinen, a Republican and a former Chair of the committee. While there isno funding attached to it, it makes the point that the Caribbean and itsDiaspora should matter more to the US Administration.

The legislation requires the State Department and USAID toidentify US policy priorities towards the Caribbean; outline an approach thatwill broaden their outreach to the Caribbean Diaspora in the US; and todescribe how they will work with governments to improve citizen security and toreduce narcotics trafficking. A soon to be sponsored Senate version is alsowidely expected to have bipartisan support.

The effect is to provide a framework within which thepresent interest in taking new policy initiatives and programmes in the regioncan be developed by governments, the private sector and others, offering aunique opportunity for the proactive to reset relationships.

What is important to understand is that none of this hasbeen orchestrated but that these developments are taking place organically andindependently but add up to a whole; providing the Caribbean with multipleopportunities to develop new initiatives.

How the region choses to respond to these developments, oras seems more likely, individual countries react, will be interesting tosee.

He can be contacted at [email protected]