The media and the linguistic divide 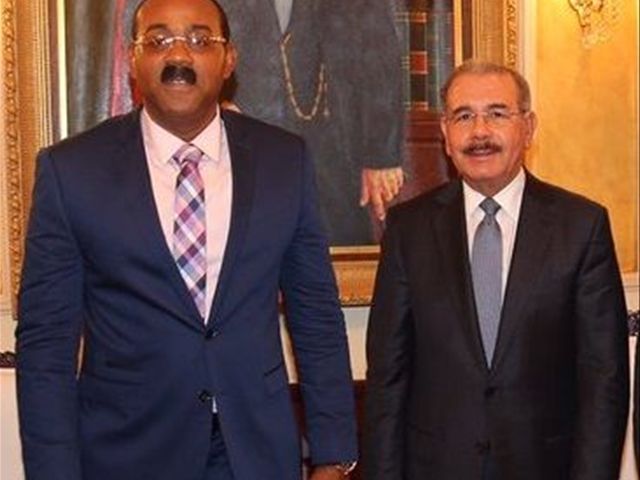 In the middle of last month DaniloMedina was sworn in as President of the Dominican Republic for a second term. Hisinauguration was attended by many senior figures from the Americas including thePrime Minister of Antigua, Gaston Browne, who earlier the same month, quiteseparately, had met with him and his then foreign minister.

Some days later the Dominican Republic’snew Foreign Minister, Miguel Vargas, said in one of his first public statements,that he believed that his country needed to exert greater influence on regionaland international organisations. Mr Vargas then went on to meet on August 30 inPort-au-Prince, Haiti’s interim President, Jocelerme Privert, and others. Therethey agreed to revive the two nation’s Joint Bilateral Commission to try toresolve issues relating to cross border trade, investment and migration.

I note this not to point out theemptiness of CARICOM’s continuing position of ostracising a country that now has the mostdynamic economy in the Caribbean, but to highlight the absence of detailedreporting on these and many other issues that cross the Caribbean’s linguisticdivide.

It is a failing that should be a matter ofconcern in the region to all who wish to see the Caribbean better integrated atan economic level and able eventually to then promote globally its unique multi-culturalidentity.

To be clear, this is not only a criticismof shortcomings in the print and broadcast media that serve CARICOM’s 5.5mEnglish speakers, but is directed equally at other parts of the region.

In the Dominican Republic, despite havinga hugely sophisticated, diverse and extensive national media, it fails to describe,let alone try to explain what is happening in the Anglophone Caribbean. Much thesame holds true in the media in the French Caribbean’s département d’outre-mer (theDOM) in which it is easier to discover what is happening in Paris than in Anglophone neighbours; and in Cuba too, where regionalnews is usually only addressed at the time of a visit or when it is politicallyrelevant. Only in the Dutch speaking islands or Suriname is there somecoverage, perhaps reflecting long-standing employment, family, and trading ties.

By this I don’t mean knowledge of the highprofile headline developments that the international news agencies invariably report,but the continuity and detail of what is happening across the region inpolitics, economics, trade and popular culture that might enable all to becomemore aware and better able to form fact-based opinions.

There are of course web publications inthe Hispanic, Francophone and Dutch Caribbean that carry national news inEnglish. These include the excellentdaily domestic reporting of Dominican Today and DR1, and that of other onlinenational news publications like Haiti Libre and the Curacao Chronicle. Thereare also many on-line Cuban publications carrying national news in multiplelanguages other than Spanish. Unfortunately, nothing similar is produced in theAnglophone Caribbean that provides news on a daily basis in Spanish or French,or it appears, much interest in incorporating a wider spectrum of regular news fromacross the linguistic divide in any national media outlet based within theregion.

The reason for this failure to offergenuine region-wide daily coverage seems to reflect to a significant extent a structuralfault stemming from colonial geographic and cultural divisions and the consequentprejudices and preoccupations that continue to this day. Just as significantlythe absence of news from across the divide also reflects more generally the underresourcing of journalism in the region, and the absence of experienced ortrained stringers or correspondents paid to feed news stories to the moresignificant media outlets in the region.

This matters because it means that manyof those who determine external policy or business relationships have littleawareness of what is happening in countries sometimes vastly larger or evenadjacent that speak a different language, and secondly because it underminesCaribbean integration.

Objective media flows across thelanguage divide should be regarded as just as important as finding practicalsolutions as to the problems of air and sea transport, non-tariff barriers,visa regimes, the xenophobia of immigration services, and all the other issuesthat continue to hamper inter-regional trade.

International relations are in flux, the world’s leadingnations are moving again towards defined geo-strategic blocs, spheres of influenceare returning, as a completely new type of cold war is taking shape in whichboundaries and sovereignty become traduced or suborned by ambiguity, cyberpenetration, and investments sometimes larger than the economies of thecountries concerned.

It is a background against which a more open minded Caribbean-widediscussion is required about inter-regional relationships, whether newer configurationsmight make the region more economically coherent, and being prepared to acceptthat the larger economies of the region, including the Dominican Republic, Cubaand the French DOM, can play an important future role in stimulating growth.

Unfortunately, in much of CARICOM, what is lacking is awillingness to ask whether a closer relationship with one or another non-traditionalregional partner might in the medium term bring benefit.

While there are initiatives such as that by France and theFrench Caribbean with CARICOM and with the nations of the OECS, a now strongbi-lateral trade relationship between the Dominican Republic and Trinidad, andthere is a deep and emotional relationship between almost every country in theCaribbean and Cuba, what is required is the willingness to ask, as is nowhappening in Jamaica, whether there are additional paths beyond CARICOM toeconomic integration and growth.

Central to this is for those in anew generation, whether in government, the private sector, or academia to be preparedto think differently about their location and how new initiatives might be informed,developed, sustainably funded and delivered.

One small but important startingpoint should be a better information flow across the linguistic divide.