The ACP must not let the EU determine its future 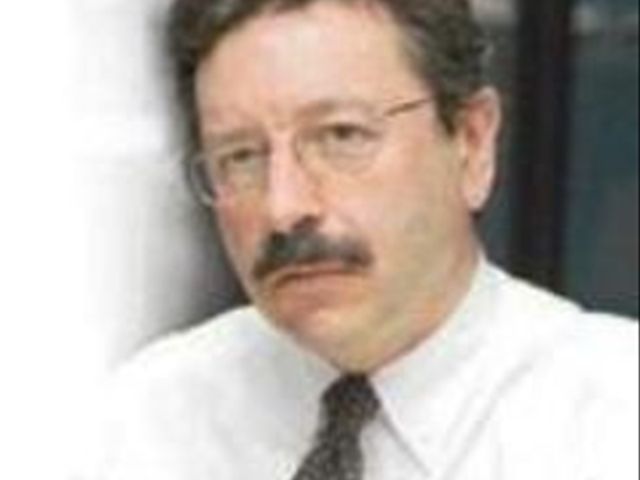 On November 29, Ministers from the 79-memberAfrican, Caribbean and Pacific group of states (the ACP) will meet in Brussels.There they are expected to agree a set of principles that will determine theACP’s approach to negotiating a successor arrangement to the CotonouPartnership Agreement. This is the treaty which ends in February 2020, whichpresently provides the legally binding basis for the ACP’s political, economic,trade and development relationship with Europe.

Speaking to me about this recently, the ACPSecretary General, Patrick Gomes, who was formerly Guyana’s Ambassador inBrussels, makes clear that the meeting is intended to continue a process ofrenewal; enabling the ACP to become an influential global player in economicgovernance and policy development, and a body better suited to the world inwhich it now finds itself. Such an approach, he believes, will not only enhancethe ACP’s value as a partner for the European Union, but will also enable it tobecome a voice for the global south at a time when international relationshipsare changing.

The intention is, he says, to develop a muchbroader partnership with Europe when it comes to agreeing a new relationshipwith the EU. Apart from achieving a new legally binding treaty that builds onthe Cotonou Agreement and all that has been achieved previously, a principalobjective will be, he says, to use the recently agreed UN SustainableDevelopment Goals (SDGs) to provide the framework for a new ACP approach.

The aim is to create a future partnershipwith Europe not dominated by aid, but instead focused on those SDG goals thatthe ACP group and the EU are well placed to jointly develop a common positionon. Such an approach, he believes, could enable the group to place much moreemphasis on the social sector in areas such as health, higher education,research and innovation, and encourage intra-ACP agro-industrial, political anddevelopment co-operation. It would do so, Ambassador Gomes says, in ways thatwould enable the ACP to move up the global value chain, by encouraging trade,services and investment between the countries of the south.

This would he believes, not only increase therelevance and effectiveness of the ACP as a group but would enhance therelationship with Europe by creating a new north-south development model.

He makes that point that the previousdecision by the EU to proceed with regional Economic Partnership Agreements(EPA) was disruptive and took up time within the group, making its seem to manylike trade was everything in the relationship. However, what is now important,he says, in developing a fresh convention, is to agree new areas of competenceand a shared comparative advantage. For example, a new agreement with the EUcould include provision for the development of the blue economy, migration -which he believes the ACP has not focused enough on – as well social issues,climate change, and on conflict prevention and resolution.

He also says that it will be necessary torevise and update the Georgetown Agreement of 1975 which created the ACP so asto reflect the now more advanced socio-economic development needs of many ACPnations, with middle income status and the UN Sustainable Development Goals.

That said, it is clear that the negotiationsfor a successor to the Cotonou Agreement will be taking place against a verydifferent and more difficult European background than before.

For Europe new and different prioritiesprevail to those that existed when the Cotonou Convention was signed in 2000.These include deep inter-European political concerns about migration, a risingtide of nationalism, major and diverting crises in the middle east, arevanchist Russia, and the UK’s decision to leave the EU: all of which arecausing some EU member states and some in the European Commission to questionthe relevance of a relationship with the ACP as a whole.

Although there is now backing for a legallybinding future treaty relationship, a position supported by the present FrenchGovernment and the European Parliament, there are also many currents lines ofthought as to what shape a new agreement should take.

For example, there is a preference in some EUmember states for a political and development dialogue based on regionaldisaggregation – this would see the Latin America and Caribbean region as thevehicle for delivery – while others doubting the viability of the ACPstructure, its financial sustainability, and capacity to implement, suggest amuch looser portfolio of thematic relationships.

However, in a largely helpful indication ofthe possible shape of a future agreement, the European Parliament has justpassed a non-binding resolution making clear what it expects the EU to achievein its negotiations with the ACP for a successor agreement to the CotonouAgreement. This includes a common framework, with regional agreements allowingthe possibility that other countries might be included; the placing of UNSustainable Development Goals at the centre of a new agreement; strongmonitoring mechanisms; financing ideally being brought within the purview ofthe EU budget; and a central role for civil society and the private sector.

After nearly two years of soul searching bythe ACP group, a report from an eminent persons group, regional consultations,ambassadorial meetings and a high level debate within and beyond the ACP, thechallenge now for the group is achieving a single authoritative ACP positionsetting out how its sees its future, and what it expects from a successorarrangement to the Cotonou Agreement.

If it fails to demonstrate solidarity and acommitment when ministers meet, there is a real danger that the EU alone mayonce again set its own, possibly quite different agenda.

As the Chair of the ACP Committee ofAmbassadors, Len Ishmael, who is the OECS Ambassador to the EU, notes, there isa sense that ACP solidarity has diminished.

In particularly telling remarks she madeclear recently that unless a well-crafted operational plan is developed by theCommittee of Ambassadors working with the ACP Secretariat, and agreement isachieved at the Ministerial Council meeting, the space will be left open forEurope to dictate the terms of engagement.

On this Ambassador Gomes is very clear. Hesays that that the ACP must not let this happen. He believes that it is essential that theNovember Council meeting agrees objectives so that the Secretariat can begin toshape the outline of a negotiating mandate to take forward to ACP Heads ofGovernment in preparation for negotiations with the EU that are expected tobegin in 2018.