The trajectory of history is changing 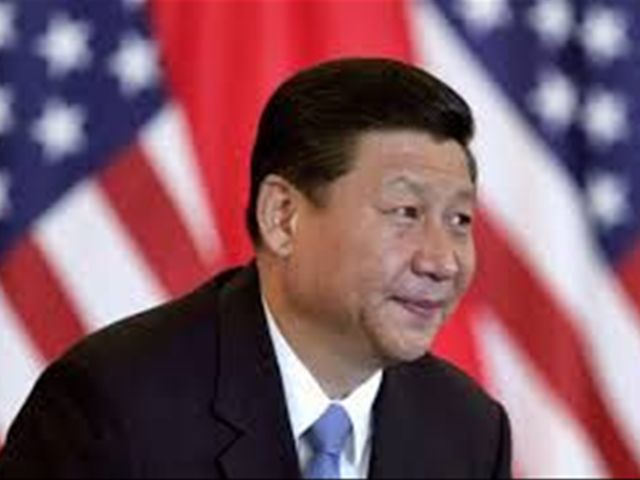 Being able to identify the policychanges that will transform the future is normally far from easy. Arguably, however,in the week past, the remarks of two world leaders make plain how thetrajectory of global history is about to change.

In a formal policy pronouncement onNovember 21, the US President-elect, Donald Trump, confirmed that on his firstday in office he would sign a note of intent to leave the Trans PacificPartnership, the Pacific Rim free trade agreement that does not involve China.Instead, he said, his administration would negotiate “fair bilateral tradedeals that bring jobs and industry back on to American shores”.

His pre-recorded video coincided with aspeech made one day earlier in Peru by China’s President, Xi Jinping. ThereChina’s leader made clear that his country intends stepping into the tradepolicy vacuum the new US policy will leave. He did so by offering first thecompletion of the Regional Comprehensive Economic Partnership which bringstogether the nations of South East Asia and their main trading partners such asAustralia and Japan, then joining this with several Latin nations in a FreeTrade Area of the Asia-Pacific (FTAAP). While this will be no easy task, bothgroupings would then have China, the world’s second largest economy, at theircore, exclude the US, and could ultimately account for 57% of global trade.

Mr Trump’s announcement was aimed at demonstratingto the US electorate that his priority will be to deliver his promised domesticagenda by protecting and isolating the US economy, through actions that hebelieves will create employment and strong growth. It is an approach that includes a focus onbuilding domestic infrastructure, the negotiation of trade deals morefavourable to the US, and much less certainly on finding ways to create lowskilled jobs at a time when other nations are turning to automation, robotics,and an emphasis on education and human development.

In stark contrast, speaking on November19 at the 24th Asia-Pacific Economic Cooperation forum (APEC), President Xitold business leaders from across the Asia-Pacific region and the Americas,“China will not shut the door to the outside world, we will open it evenwider”. He also made clear a day later to participating political leaders, thatChina sees the Asia-Pacific region as an engine to push forward the developmentof the world economy.

He did not refer specifically to the US,but said instead that the world “cannot stop taking steps just because oftemporary difficulties”. “History”, he said, “has shown us that there is no wayout for protectionism”. He also made clear China’s interest in taking forwardeconomic globalisation, and in a reflection of recent G20 thinking, called for closerinternational coordination on development practices, and the need to “payattention to resolving the issues of fairness and equity”.

While there remain reservations, most notablyin Japan, about what is being proposed by China, at the APEC meeting the Australianand New Zealand Prime Ministers made clear to the media their view that Chinawould now fill the void of US leadership and that global trade dynamics wouldchange.

Latin participants and mediacommentators at the event observed that there was a real sense that globalleadership was passing to China, in a forum that had previously always been dominatedby an exhibition of the US government’s global will.

Accounts also suggest that President Obama,who was present at the meeting, was left trying to reassure allies that the USwas not withdrawing from the Latin America or the Pacific region.

Strikingly, however, at a collateral event,he told students and young leaders from Latin America that Mr Trump wouldalmost certainly re-examine US trade deals in Latin America, and noted thattensions may arise around trade more than anything else. He did not, however, expectsignificant political change in hemispheric relations as US security depended onstability in Latin America and the absence of mass migration.

There are powerful and multiple messagesin this for the Caribbean and Central America.

The first is that if the US is to renegotiateits key trade relationships on a bilateral basis and, as is widely assumed, abandonsthe Transatlantic Trade and Investment Partnership (TTIP) with Europe, China isset to become the new global champion of freer trade. This will drag Europe, adetached UK, and eventually India and Japan, to say nothing of Canada or Mexicointo new configurations that respond to China’s apparent willingness to openits growing market by gradually reducing its tariffs and restrictions on goodsand services.

The second is that if China is to delivergreater equity through economic globalisation, the Caribbean will need todevelop a calibrated dialogue with Beijing that goes far beyond investment anddevelopment financing. It will need to find ways in which the region might haveimproved market access and support for its exports of goods and services.

The third is to accept that the world isbeing reshaped. Despite the Caribbean’s geographic proximity to the US, its historicties to Europe and its shared values and close economic and politicalrelationship with both, there is a need to recognise that China’s rise is ofprofound significance, is more than just an economic phenomenon, and that the world’scentres of gravity are relocating.

And the fourth is the need to developpolicies that respond to the emergence of others vying for global influence in alternativeways. Already, Angela Merkel, Germany’s Chancellor, has made clear that shebelieves that Europe is now the repository of liberal social values and must domore to defend them globally; there are early indications that Canada may bemoving to increase its profile in the Latin America and the Caribbean; and perhapsmore darkly, Russia has begun to demonstrate its wish for military and geo-strategicequity with the US and wants to restore the idea of spheres of influence.

Despite the smallness of the region,these tectonic shifts in international relations should oblige every Caribbeanand Central American leader to observe them closely and to begin to formulate newnational and regional perspectives.