China: a tourism opportunity for the Caribbean? 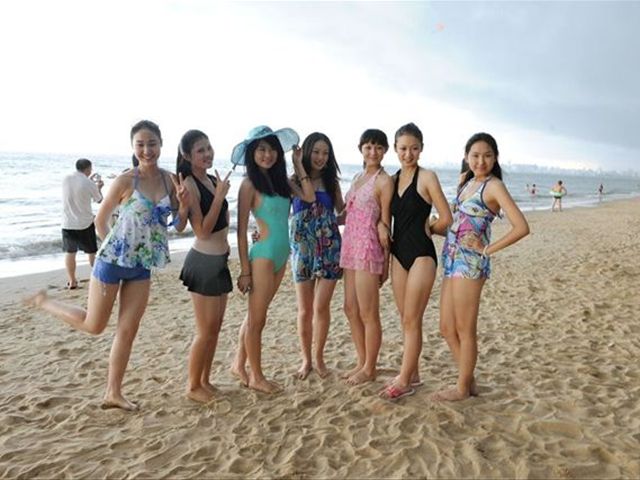 At the end of last month, China publisheda detailed 16-page document, ‘China’s Policy Paper on Latin America and theCaribbean’, which sets out a new approach to relations between the Americas andthe world’s second largest economy.

The document warrants close reading bygovernments and the private sector as it describes in considerable detailfuture Chinese policy towards the America’s on a wide range of topics includingthe way China sees relations developing; its desire for high level governmentand political dialogue; the development of reciprocity in trade, includingthrough free trade agreements; the creation of Chinese financial institutions across the Americas; cooperation oneverything from agriculture through to social development; and the establishment of what it describes as closer people topeople ties.

Although this brief description scarcelydoes justice to the document’s breadth or ambition, it is clear from reading itthat it potentially offers, perhaps for the first time, an agenda around whichthe region can develop a practical bilateral dialogue with Beijing that cantake relations far beyond where they presently are.

There is of course much to be written onthis subject, but the paper is particularly interesting on tourism, given theindustry’s immediate importance to much of the region.

It makes clear that ‘China willencourage tourism authorities and enterprises on both sides to introducetourism resources and products to each other and expand tourism cooperation’.

It goes on to say that China willexplore and increase its role in developing ‘policies to promote two-waytourism, and support the negotiation for more direct flights between aviationauthorities of the two sides’. It also says that China intends working with consumerprotection departments in the region and Latin America to give priority ‘to theprotection of consumer rights for international travellers’.

What this appears to do is open a door forgovernments, tourist boards, the Caribbean Tourism Organisation (CTO) and theCaribbean Hotels and Tourism Association (CHTA), to pursue with the Chinese howpractically they might support the gradual development of a Chinese visitor market.

In recent years, almost every Caribbeantourist board has considered how best to obtain a share of what the Inter-AmericanDevelopment Bank (IDB) says involves around 117m outbound tourists spendingoverseas about US$498 billion; numbers they forecast to double by 2020.

Unfortunately, up to now success in doingso may largely be illusory.

While some destinations have claimedyear on year growth in Chinese arrivals, it is far from clear that these numbersrepresent tourists as the figures appear to include the statisticallysignificant number of Chinese people coming to the region in relation to manypublic and private projects the country now has underway.

At present the biggest problem isairlift. There is not enough demand to fill direct regular flights to theregion, so anyone visiting the region from China or coming to join a cruiseship, has first to fly to the nearest point. This means, for the most part,using Air China to Houston or New York, then travelling on with the same UScarrier, United, or alternatively using Air China’s same-plane service fromBeijing via Montreal to Havana. In each case the overall flying time is at bestaround 20 hours.

This makes the only practical solutionat present, when it comes to encouraging stay over Chinese visitors to goanywhere else in the Caribbean other than Havana, is to develop, as Jamaica isnow doing, multi-destination vacations for Chinese or other visitors such asRussians, who may already have decided to travel to Cuba.

The idea is well advanced, withJamaica’s Minister of Tourism, Edmund Bartlett, saying recently that he ishoping to have arrangements in place soon for multi-destination marketing,airlift and possibly a single-visa arrangement for Chinese with Cuba, Mexicoand the Dominican Republic.

More promising, however, in the mediumterm, when it comes to numbers, may be the opportunity to begin to encourage Chinesearrivals by cruise ship.

China has been gradually developing a cruiseindustry in the Pacific and plans to build its own cruise ships, offering perhapsthe longer-term possibility for home-porting Chinese vessels for Chinesevisitors out of Cuba or Jamaica. Although embryonic, Chinese cruisingpotentially offers a practical way to bring Chinese visitors to the region inlarge numbers, perhaps initially out of Miami on existing services into theregion, in ways that circumvent or address other challenges that face theregion when it comes to meeting their needs.

AS IDB observed in its recent report‘Chinese Rise in the Caribbean – What Does It Mean for Caribbean Stakeholders’,for the Caribbean to capture more of the Chinese market, significant changes inapproach are required. They include streamlined or visa exemptions for Chinesenationals, more five-star hotel properties, better personal and propertysecurity, offerings of Chinese cuisine, the hiring of Mandarin and Cantonesespeakers as staff and as tour operators, sensitising the industry to Chinesecultural norms, developing marketing materials and signage in Mandarin, and offeringmore price-competitive shopping experiences.

These are all areas, China’s new policy documentsuggests, where it might be able to help regionally or bilaterally.

While the Caribbean is never going to beable to compete for Chinese visitors with London, Paris or New York when itcomes to shopping or historic sightseeing – both key elements at present in almostall Chinese international travel – there are almost certainly nicheopportunities to be developed. These include for example, gambling, music, andas St Lucia has recently recognised, horse racing; China being one of thelargest horse race betting markets in the world, with fortunes being spent onracing and related gambling.

Although co-operation on tourism is justone small aspect of China’s proposed new policy approach in the Americas, thelanguage used in it paper speaks to a sector in which the Caribbean is genuinelyable to make serious progress. It suggests that individual countries and representativeregional tourism bodies should make an early start in exploring the ChineseGovernment’s new thinking.