Star ratings and the authentic Caribbean 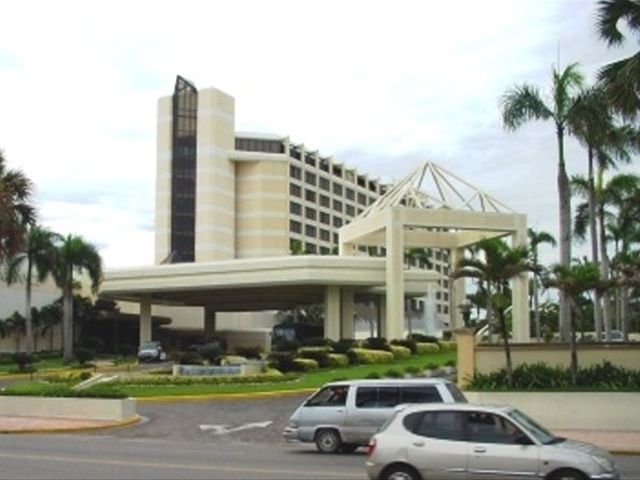 Some time ago I received an email askingme how many five star hotels there are in the Caribbean.

I replied that there was no recognisedor independently adjudicated rating system anywhere in the region other than inthe French département d’outre-mer. This meant, I said, hotels chose their ownclassification largely based on their marketing preference, so that it wasimpossible to know how many such properties there were, or how valid any suchdescription was.

Subsequently, and on looking into thisfurther, it emerged that there are relatively few locations globally that haveofficial hotel rating systems. Although France, Germany, Italy, South Africa,and Canada have a well-ordered approach to hotel classification, there are hugevariations in the criteria used, the way each scheme operates, and the amountof statutory control exercised by their public authorities.

In the case of France for example, sinceJanuary 2016 there has been a nine-page table that sets out the 241 criteriafor a tourist hotel within a scheme that requires all such facilities to berated at between one and five stars, or to have the designation ‘Palace’ ifthey have an exceptional geographic, historical, aesthetic or heritagecharacteristic. The small print also makes clear that some special opt outs andprovisions exist for hotels in France’s widely scattered overseas territories with,for example, exemptions granted to hotels in the Pacific or Caribbean for nothaving heating.

A similarly detailed approach also existsin Germany and Spain where consumers take the system seriously, and hoteliers areprepared to go to court to ensure a more beneficial adjudication against theset criteria.

Elsewhere however, such arrangements tendto be voluntary, tied to groups of chain hotels, or to membership of a tradebody.

In the Caribbean, the issue was lastexplored in 2002 when the Caribbean Tourism Organisation (CTO) produced a researchpaper that implied that some consideration was being given to the possibleintroduction of a scheme that would classify hotels at a national or regionallevel.

The CTO paper observed that by adoptingan international classification system, the region and the industry would havethe advantage of enabling the travel trade and consumers to easily recognisethe accommodation standard they might expect, regardless of the location of theproperty. It also outlined how a national system might be implemented.

However, nothing of the kind came topass, so that today four parallel approaches to hotel ratings exist within theregion.

The first involves hotels principallyowned by international operators. They have instituted their own subjective starratings with the consequence that sooner or later one can imagine a property self-designatingas worthy of seven-stars that the Burj Al Arab in Dubai claims. The second involvesexternal organisations such as Forbes, Michelin, or the AAA which have establishedtheir own inspection teams and ratings systems, which largely designate in theirannual guides the same elite hotels in the region.

A third is for searchengines to apply stars, based on the recommendation of third parties such astravel agents or from peer reviews on booking sites such as TripAdvisor. Andthe fourth is for alternative criteria to be developed by organisations such asGreen Globe, the global travel and tourism industries’ certification programmefor sustainable tourism, whose Caribbean members include for example Half Moonin Jamaica, Bay Gardens in St Lucia or Spice Island in Grenada.

The consequence is that what passes fora ratings system in the Caribbean is unregulated and appears primarily tobenefit hotels and those who market properties and destinations. In particular,it is of value to a few high-end non-indigenous hotels, that use their assumedstatus to denote ultra-exclusivity in a manner that seeks to separate themperceptually from the region in which they are located.

Surveys however note that visitors, andespecially higher spending millennials, want something different. Instead of homogenisedand hermetically secure global standards of luxury, they prefer a sense ofplace and experiences.

This suggests that hotels anddestinations should think less about bestowing status and more about renewing theproduct in a manner that promotes the uniqueness of the Caribbean and the nationsin which they are located.

In the last few years, industry leaders havecome to recognise that the challenge for Caribbean tourism is reorienting anddeveloping the product across a broad mix of hotels and other tourismfacilities. They believe that this needs to be undertaken in ways that reflect changingvisitor demand for the authentic, for quality service and cuisine, and better valuefor money in relation to competitor destinations, in order to appeal to visitorsseeking much more than just a luxury hotel and a beach in the tropics.

There is of course a continuing place forthe Ritz-Carltons and their role in bringing to the region high-end andcelebrity visitors, who are attracted by global brands and their facilities.

For many years, all Caribbeandestinations, including more recently Cuba, have been desperate to attract theirlike as an indicator of quality, and to demonstrate that their nation has becomea location of global note. However, the danger is that an overemphasis on theirpresence leads to emulation, and can over time bring about the eventual homogenisationof architecture and cuisine, the dumbing down of entertainment and localculture, and the downgrading of much else that is unique to the Caribbean.

This is not to suggest that there shouldnot be a balanced offering, or to deny that to achieve viability there is needto resolutely focus on certain parts of the tourism market. Rather it is toobserve that if the Caribbean and ratings systems do not recognise that theregion has more to offer than a smart international hotel, with smartinternational cuisine, set on a white sand beach with a golf course, it isneither doing the country in which the property is located a service, norunderwriting long-term competitiveness in an international market where almosteveryone else is doing the same.