The US should respect the WTO ruling on Antigua 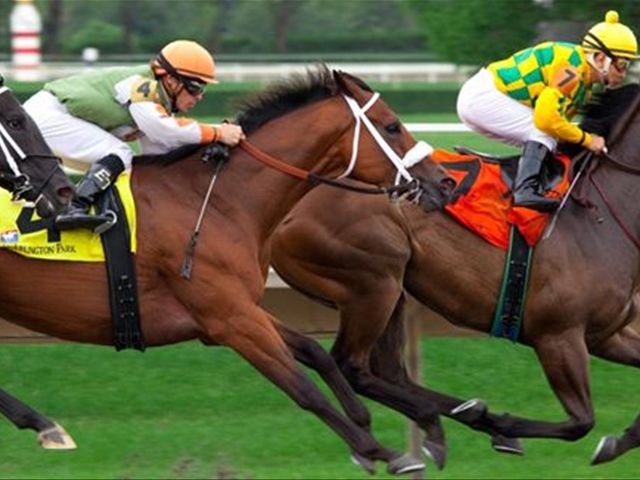 Late last November the Government ofAntigua gave notice to the World Trade Organisation’s (WTO) Disputes SettlementBody (DSB) that if the United States did not reach ‘an appropriate andbeneficial settlement’ in relation to a legal adjudication made previously in itsfavour, it would act to recover the revenue it has lost.

At the heart of the matter was a decisionby the US Government to invoke US federal laws (the Wire Act, the Travel Act,and Illegal Gambling Business Act) to halt gaming companies incorporated inAntigua, and others, from providing such services on a cross border basis into theUS.

In response, in 2004, Antigua brought a WTOcase against the US for the economic damage caused, and for violating itsinternational obligations under the General Agreement on Trade in Services. TheWTO’s arbitration panel found in Antigua’s favour, and when the US appealed, all subsequent verdicts reached the same general conclusionthat the US action had deprived Antigua of trade revenues.

Despite this, Antiguan consultations inWashington on a financial settlement led nowhere, with the US declining toprovide compensation, causing Antigua to take the issue to the WTO’s DisputesSettlement Body Arbitrator to request permission for trade retaliation. In 2013,at the end of a long judicial process the body formally authorised Antigua totake measures that would compensate it for the economic damage caused.

In doing so, the arbitrator agreed to allowit to lift US intellectual property protection on up to US$21m annually on, forexample, copyrighted music, movies or books, in a manner that would enable governmentto retain the royalties that would have otherwise gone to their US creators.

Hoping that this would resolve the issue, Antiguaonce again sought to resolve the matter with the United States TradeRepresentative through a negotiated financial settlement.

However, when it became apparent that theUS was not prepared to reach a reasonable financial settlement, it informed theDisputes Settlement Body at its November 2016 meeting that it was prepared tolegally enforce the suspension of copyright on the sale of US intellectualproperty, as allowed for by the WTO’s dispute settlement ruling of January2013.

Responding formally at the Genevameeting, the US said that it remained committed to resolving the issue and hadtaken a constructive approach to resolving the matter. It however told themeeting that it expected Antigua to ensure any such ‘unprecedented step’ was ‘transparentand within the DSB’s authorisation’, warning that the suspension ofintellectual property rights ‘would be counter to Antigua own interests’.

In Geneva, the US also suggested thatAntigua was standing in the way of a package of multilateral serviceconcessions that it was offering to WTO members as compensation for havingpreviously removed internet gambling from the US schedule of commitments.

What is clear from a close reading of thedocuments and speaking to some of those involved on both sides is that theUSTR’s approach has consistently involved the US in trying to significantlyreduce the value of any settlement to Antigua. More recently it appears to haveargued that even if it could agree, the US Congress would have to be persuadedto vote the funds required, and it would have to canvass US agencies to see howthey might be able to contribute financially to a settlement.

Antigua, in response, is understood to havepointed out that the US has several available mechanisms and precedents for sourcingthe funding to settle the dispute. One particular suggestion is that the USTreasury’s Judgement Fund, which was established by Congress specifically toenable US federal agencies to reach compromise settlements, might be utilisedin any final solution.

This lengthy process is worth describing indetail because it makes clear that Antigua has done everything required of itto make its case and obtain an outcome under WTO rules that legally and morallyjustify its seemingly aggressive present position.

More importantly, the case is not just aboutAntigua or the representations made by successive Antiguan Governments, butabout important matters of global principle and governance at a time when theUS may be about to set aside the established trade order.

The case is in many respects extraordinaryas it demonstrates that despite successive US Governments frequently statedcommitment to a rules-based international trade system, Washington has not beenprepared to accept its WTO commitments and settle with Antigua.

As Antigua told the Disputes SettlementBody in November, the “protracted failure” by the US to settle itsnon-compliance with WTO rules “has the potential to collapse confidence in theefficacy and credibility of the rules-based trading system.”

It is of course no secret that in someparts of US Government, officials express unrelated reservations about Antigua.However, that is of no relevance in this instance.

The final WTO ruling and the arbitral awardare clear cut, having the support of the members of the WTO, a multilateralbody that up to now the US has regularly brought complaints to when it believesthat its trade interests have been damaged. Moreover, its failure to conform meansmore generally that it cannot be WTO compliant until it either reaches asettlement, or takes the unlikely step of opening its market to internet gamingfrom Antigua.

In the last few days the US President electhas nominated Robert Lighthizer, a long-time advocate of greater protectionism,to be his US Trade Representative. Although the Antigua issue is unlikely to figurehighly on his agenda, it ought to, as it speaks directly to the US Government’swillingness or otherwise to respect its rules-based trading relationships with therest of the world.

If Antigua’s decision to retaliate isimplemented, the effect will be to bring into conflict a small Caribbean nationand a newly muscular and protectionist approach by the US administration. Morebroadly it may also reveal what Washington’s future thinking is about itsattitude to the present equitably applied system of international trade.

Antigua has a legal and a strong moral casefor full compensation. It is a position that the incoming US administration shouldrespect.