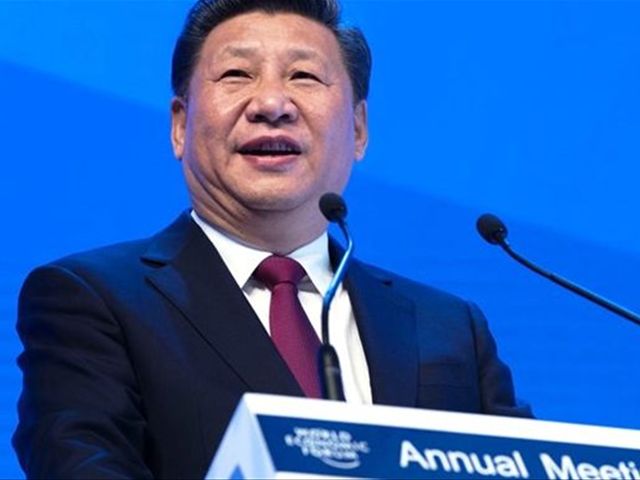 In the coming months, it is likely that theway in which governments think about international trade and their fundamentalvalues will evolve rapidly, as the promises and threats that President Trump madeon the campaign trail become US policy.

To understand the likely nature of whathappens next, contrast the sophisticated and measured remarks made by China’sPresident Xi Jinping at the World Economic Forum in Switzerland, with President’sTrump’s blunt generalities about ‘America first’.

In Davos, President Xi made clear thathe believes in interdependence in trade, a view more in tune with globalthinking than that of his new counterpart in Washington.

At the World Economic Forum, the Chineseleader delivered a speech of a kind that in the recent past would more likelyto have been regarded as the prerogative of the US President, suggesting thatChina intends taking the high ground on globalisation, economic growth,stability, and some would say rationality.

This is not to make a political point,but to observe that it is almost as if the US and China have switched sides interms of their commitment to supporting global growth, with Beijing clearlyaspiring to take a position of international leadership when it comes to multilateralismand economic and environmental issues.

In his January 17 speech, the ChinesePresident made clear that many of the problems troubling the world are notcaused by economic globalisation.

“Just blaming economic globalisation forthe world’s problems is inconsistent with reality, and it will not help solvethe problems”, President Xi said. “Rather, we should adapt to and guideeconomic globalisation, cushion its negative impact, and deliver its benefitsto all countries and all nations”.

President Xi went on to argue that anyattempt to cut off the flow of capital, technologies, products, industries andpeople between economies is simply not possible, and runs counter to thehistorical trend.

While his eight-page speech deserves afull reading, the Chinese President made clear that he believed that a fundamentalstructural reform in the global economy has begun; that new technologies willbe the drivers of growth; there is a need for more fair global economicgovernance; and the benefits of development need to be more equitable.

To address this, he said, there neededto be an innovation-driven growth model that recognises that the fourthindustrial revolution is unfolding at an exponential rather than linear pace; anew development philosophy should emerge that creates employment and restoresconfidence; and it needs to be recognised when it comes to decision making thatcountries are mutually dependent, and all nations should be considered equal.

In language almost certainly directed atthe US, he said that China remained committed to developing global free tradeand investment. “Pursuing protectionism is like locking oneself in a dark room.While wind and rain may be kept outside, that dark room will also block lightand air. No one will emerge as a winner in a trade war”, he observed.

President XI’s comments stand in stark contrastto the executive actions, remarks and interviews given by the new US President inhis first week in office. Mr Trump, it appears, sees trade as a zero-sum gamethat must only bring benefit to the US, appearing to relish the opportunity fora trade war.

In his first few days as President, he hasmade clear he would proceed with his uncompromising ‘America First’ approach; haswithdrawn the US from the proposed Trans-Pacific Partnership agreement; saidthat he will renegotiate the North America Free Trade Agreement with Canada andMexico; has threatened the Mexican government by tweet; confirmed his intentionto introduce swingeing tariffs on certain imports; and said that he intends to developpolicies that will re-shore US manufacturing, employment and capital.

It is an isolationist policy that seemsset to alienate Washington’s friends, consolidate China’s economic role notjust in its own region but globally, and drain America of the soft poweradvantages it has enjoyed for decades. It is an approach that fails torecognise the economic interdependence that the US has created globally tobuttress its own security, not least in relation to much of Latin America and theCaribbean.

Moreover, the new US approach ignoresthe way in which modern supply chains work, and if US companies are forced to re-shoreto a high labour cost environment, seems likely to cause a leap to robotics; anapproach that will result in jobless growth, and continuing income inequality forthose US workers with low or no skills.

At the heart of what is now happening isa growing tension between national and universal values, trade as a proxy, andthe unstoppable impact of globalisation.

It is having the effect of causingallies to think carefully about how to relate their thinking to each other.

For example, Britain’s Prime Minister,Theresa May, speaking in Philadelphia to members of the Republican Party, whileseeking to retain a ‘special relationship’, made clear, that like President Xi,she has an inclusive vision when it comes to economic globalisation and values.

In the context of Brexit, she spokeabout a future that at times seemed significantly at odds with the approachbeing taken by President Trump. Britain,she said would “step up with confidence to a new, even more internationalistrole, where we meet our responsibilities to our friends and allies, championthe international cooperation and partnerships that project our values aroundthe world, and continue to act as one of the strongest and most forcefuladvocates for business, free markets and free trade anywhere around the globe”.

Although the dark transactional pictureof relationships that President Trump wants to evince may be ameliorated bywiser minds in the US Congress, these are all developments that the nations ofthe region cannot escape from.

The implication is that the time hascome for the countries of the Caribbean, as fragmented as they are, to considerjointly and individually, how, in what way, and on what issues they likePresident Xi and Mrs May make clear their values and principles.