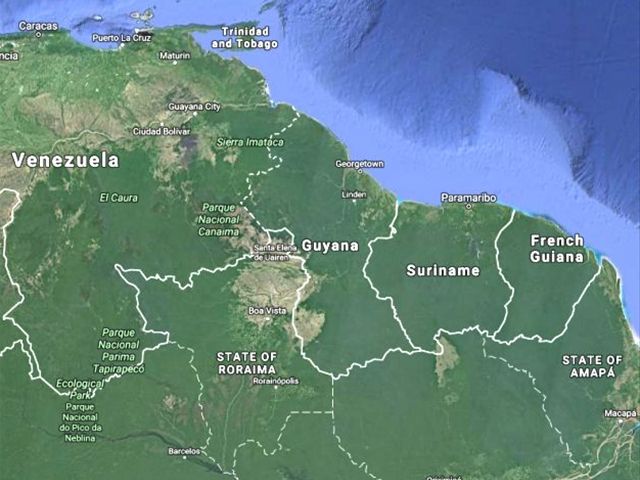 In the last few weeks, Washington thinktanks, financial services analysts in New York and London, and publicationsfrom the New York Times to the Petroleum Argus, have all found a reason toexpress a view on Guyana; the Caribbean nation they now see as set to becomeone of the western hemisphere’s major oil producers.

It is the first sign of the remarkable transformationalchange being brought about by the heightened levels of offshore exploration nowtaking place in the region. It makes possible imagining a Caribbean, a decadefrom now, in which nations other than Trinidad are energy rich, are netexporters of oil and gas, and are having to address the problems associatedwith wealth in ways previously no thought had been given to.

As is now well known, ExxonMobilannounced last June a ‘world class’ oil find in its Liza-1 well in deep water inits Stabroek block, some 120 miles off Guyana’s coast. It then confirmed inJanuary this year, good-quality, oil-bearing sandstone reservoirs in a separate10-mile distant well, known as Payara-1. In addition, it has said recently thatit had found an additional high quality, deeper reservoir directly below theLiza field; announced that it was preparing to drill a further offshore well;and has indicated that it was looking forward to continuing to evaluate “thebroader exploration potential on the block and the greater Liza area.”

Although ExxonMobil, like most major oilcompanies is cautious, with its Vice President of Investor Relations, JeffWoodbury, reportedly recently saying that the company expects Guyana initiallyto produce about 100,000 barrels of oil per day, the company is forecastingthat in the Liza field alone, there could be the equivalent to as many as 1.4bnbarrels of oil, as well as natural gas.

Exxon has said that it expects the firstoil will ‘come ashore’ by 2020 using a floating production, storage andoffloading unit, but while this may in the short-term involve processing being undertakenby Trinidad’s state-run oil company Petrotrin at its Pointe-a-Pierre refinery,in the longer term a Guyanese refinery and other facilities seem likely to berequired.

Beyond this it is clear that significantupgrading of much of the country’s infrastructure will be necessary, to saynothing of the services that will be needed to provide for the thousands ofGuyanese, Caribbean and other workers who are expected to be drawn in to supportthe industry’s future development.

As such, it may be the first of severalsimilar challenges to arise in the region, if for example there are substantialnew oil finds off French Guiana and Suriname; Tullow’s exploration offJamaica’s south coast is successful; and other prospects of oil and gas off theBahamas, Cuba, the Dominican Republic, Haiti, Barbados and Belize were also toresult in the identification of significant, exploitable reserves.

Guyana’s good fortune is an importantindicator of the need for change in both the way the region sees and presents itself,and is seen from the outside. It suggests that the Caribbean’s economicdevelopment can change rapidly in ways that will not only transform thinking, butmay also see new regional economic centres of gravity emerge.

This is not to downplay the economicproblems, mismanagement and indebtedness that continue in some parts of theregion, or the importance of the traditional economy and the employment itprovides. Rather it is to observe that away from oil and gas, countries elsewherein the region with vision, need to give thought to where they might havecompetitive advantage; how they might participate in Guyana’s development; andhow like Jamaica they leverage their geographic location by developing theinfrastructure necessary to achieve this.

The first is the enlargement of thePanama Canal.

A wider and deeper canal opened in June2016 enabling much larger vessels to transit to and from the Caribbean Sea, openingthe possibility of increased transhipment activity, and making viable, plans todevelop hubs in the Northern Caribbean at Mariel in Cuba, Kingston and elsewherein Jamaica, Freeport in the Bahamas, and Caucedo in the Dominican Republic.

In an early indication of the Canal’s potentialto stimulate growth, the Panama Canal Authority reported that in December 2016and in January 2017 it achieved monthly records in terms of tonnage withrespectively the transit of 1,166 and 1,260 container ships and other vessels.Strikingly, shipping industry reports suggest that shipments from the far eastto the US East coast have begun to abandon routes using the Suez Canal in favourof eastbound voyages through Panama making more certain the Caribbean’s claimto being the east-west and north- south shipping cross-roads of the Americas.

Secondly, many Caribbean nations have embarkedon or have completed major port developments to facilitate, according to theCaribbean Shipping Association, energy shipments, mineral exports, and tourism inthe form of the port facilities for the cruise industry.

There is evidence that changing regionalapproach to energy security and emerging demand for Liquefied Natural Gas inparticular, is now acting as a spur for the construction of terminals andstorage facilities across the region, with Jamaica and the Dominican Republichaving ambitions to become regional distributors to others that are in theprocess of diversifying their energy sources to cleaner fuels and renewables.

Another quite separate development hasbeen a surge in the requirement for facilities for upgraded and new cruise shipterminals. This reflects the increase in the numbers of cruise ships now sailingthe Caribbean – reportedly 239 in 2015 but probably significantly more thisyear – and an increase in their size,requiring new port facilities, and related shopping and attractions to providefor the 23.6m cruise passengers that the Caribbean Tourism Organisationreported as visiting in 2016

Up to now and Trinidad apart, mostCaribbean economic thinking has been focussed

on commodities, manufacturing, tourism,financial services and artisanal fisheries. This is understandable as it iswhere immediate opportunity lies. However, when technology is changing rapidly,production sharing in the Americas is likely to grow, irrespective of the Trumpadministration’s desire for re-shoring, and the oil price is climbing, it isclear that other possibilities exist.

If the region is to harness the growingexternal interest now emerging, a change in thinking is required.