Tourism is vital to the Caribbean economy 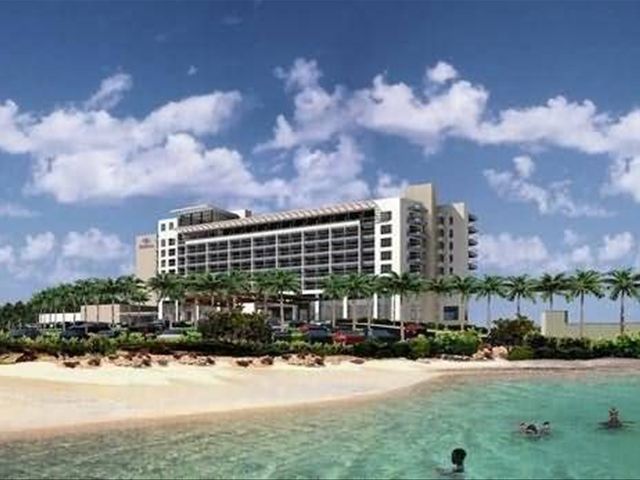 ‘Tourism is a vital sector to the economiesof Member States’. So said CARICOM Heads of Government in the communiqué thatfollowed their recent inter-sessional meeting in Georgetown, Guyana.

Taken at face value the statement isunremarkable, even obvious; but the language chosen, its inclusion, and therecommendations made in relation to the challenges the industry’s faces,suggest that tourism’s significance to the region’s long term economic growthand stability has at last been formally recognised.

Tourism is a sector that has rarely beendiscussed in depth at the highest political levels of CARICOM. There are manycultural and other reasons why, but over many years much greater importance hasbeen given to industries that are in terminal decline and globallyuncompetitive.

Now however, with the active encouragement ofthe Caribbean Tourism Organisation (CTO) and the Caribbean Hotel and TourismAssociation (CHTA), and with the support of several heads of government andtourism ministers, the industry is it seems, about to be given the attention itdeserves at a pan-Caribbean level.

At the February 16-17 meeting, detailedproposals aimed at advancing a regional tourism agenda in a strategic way, werepresented by CTO’s Director General, Hugh Riley based on a paper jointlydeveloped by CTO and CHTA.

In Georgetown, the region’s leadershipembraced the industry, acknowledging ‘the importance of transportation andfacilitation of travel, human resource development, the creative industries andmarketing as well as competitiveness and financing for the sustainability oftourism’.

In an important new departure, they agreedthat public-private sector partnerships, guiding the development and marketingof tourism for the Caribbean, were needed, and had to be more effective.

To achieve this, they agreed to support theestablishment of an Interim Tourism Working Group that will include the CARICOMSecretariat, CTO and the CHTA and have as its mandate, the co-ordination of allstakeholder groups to develop solutions to the challenges the industry faces.

The Caribbean’ political leadership alsocalled for, the preparation of a pilot, region-wide public relations andmarketing initiative for 2017/2018 for consideration when they next meet inGrenada in July; for the part of the Council for Trade and Development (COTED)dealing with transportation to convene, as a matter of urgency, a meeting toaddress air transport issues, including those related to the tourism sector;and requested that the future regional marketing of tourism include theeco-tourism product of Belize, Guyana and Suriname.

In a subsequent statement, CTO and CHTAapplauded all of this, describing CARICOM Heads decisions as ‘progressive andpositive’. They also made clear they would begin work immediately on developingdetailed information on the regional industry’s competitiveness and financingneeds, and the other steps required to ensure future sustainability.

If there was any doubt about the challengesCaribbean tourism faces, this was made clear a few days later when CTO revealedthe industry’s results for last year.

Although the headline figures were positive,with stop-over arrivals increasing by 4.2% in 2016 to 29.3m – a figure higherthan the global average rate of growth of 3.9% for the year – and cruisepassenger arrivals were up by around 1.3%, to approximately 26.3m, it is clearfrom the detail that the underlying trends are concerning.

Firstly, growth across the region has been,and is uneven. While some nations recorded significant increases – Cuba, Turksand Caicos, Guyana and Belize – and others did relatively well, the Dutchspeaking Caribbean and some Anglophone nations saw an average 20% decline intheir arrival figures.

Secondly, and perhaps significantly, the rawvisitor numbers say very little about the type of traveller, where they went,their length of stay, what they spend, or the economic benefits that eachnation retains.

Thirdly, traditional markets such as Canadahave weakened significantly, occupancy rates in hotels are in decline, there isincreasing pressure from disrupters such as Airbnb to take hoteliers’ marketshare, and inter-regional travel remains difficult and costly, holding back,for example, the growth of two-centre vacations and inter-regional tourism.

And fourthly, hotels, which are among theregion’s most significant direct and indirect employers, saw a decline in theirincome compared to 2015. According to Smith Travel Research, all key industrymeasurements for the region other than the number of available rooms are indecline: in 2016 revenue per available room contracted by 2.6% to US$ 134.48;occupancy fell by 1.6% to 66.7% ;and the average daily rate (ADR) fell by justunder a Dollar to US$ 201.50.

These are worrying developments.

If increasing numbers of visitors decide notto stay in hotels at a time when the region’s overall hotel stock of rooms isgrowing, if there is strong interest in cruise tourism on larger ships at lowerprices, geographically proximate markets like Canada are in decline, and muchof the recent positive growth can be attributed to the US opening to Cuba, thelonger-term outlook is not that bright.

Today, while some anti-tourism sentimentstill prevails in the region, it is evident that the industry has become theone on which almost every nation depends for GDP growth.

As nations from Cuba to Belize havedemonstrated, it is an industry that can quickly create employment, generatetax revenues and foreign exchange, and stimulate indigenous entrepreneurial activity.However, to survive it must be fiercely competitive on a global basis, andrequires a complex mix of skills and services if a country or the region is tosucceed in ways that are sustainable.

One answer must be better regional marketing.Unfortunately, in the past, addressing this issue has foundered on thewillingness of governments and the industry to make available the resourcesnecessary to promote the region as a whole, over other global destinations.

It has also been the case that the industry’sneeds, from training to ease of travel, has not yet seeped into the DNA of themany bureaucracies in the region, which by their action or inaction can make orbreak the industry’s competitiveness

It is therefore to be hoped, that whenCARICOM Heads of Government next meet, their welcome understanding of the needto give greater priority to tourism, can be rapidly translated into implementableregion-wide action.

Previous columns can be found atwww.caribbean-council.org