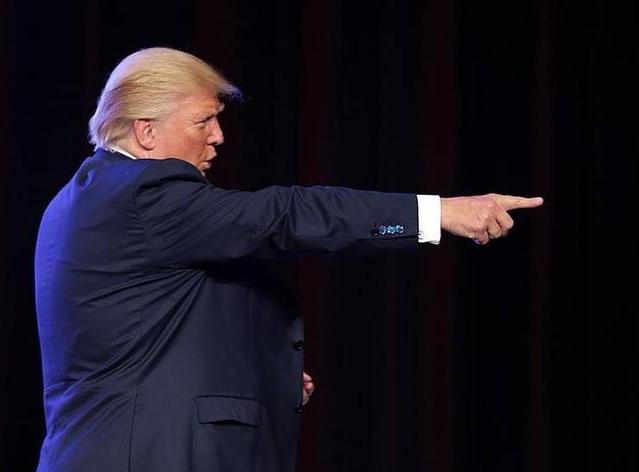 On June 16, speaking in Miami, President Trump announced measures reversing aspects of his predecessor’s policy of normalising relations with Cuba.

Although the changes seem minimal, the content of the accompanying Presidential directive and the President’s remarks suggest new uncertainties lie ahead for every nation that had welcomed détente, and the opportunity it offered to deepen bilateral relations.

As has been widely reported, the new regulations, when introduced, will end individual travel by US citizens, tighten US oversight of group travel, and proscribe most US business activities with Cuban military enterprises and their subsidiaries. However, far less clear are the broader implications of the US President’s National Security Directive, ‘Strengthening US Policy towards Cuba’.

One paragraph appears to repeal in its entirety President Obama’s 2016 extensive Policy Directive, ‘Normalization of US-Cuba Relations’ by observing that the Trump security directive ‘supersedes and replaces both National Security Presidential Directive-52 of June 28, 2007, US Policy toward Cuba, and Presidential Policy Directive-43 of October 14, 2016, United States-Cuba Normalization’.

Speaking to diplomats to try to understand the broader implications of this, and in the absence of relevant US interlocutors, uncertainty prevails as to whether this means that the Trump directive opens the door to further change, making in reality the new Cuba policy potentially far more substantive.

For example, it is far from clear whether, by rescinding the 2016 Obama Policy Directive co-operation on security issues including counter-terrorism, the human rights dialogue, and the now regular bilateral exchanges with Washington will be maintained, or if other aspects of the recently established core US-Cuba relationship will continue.

There also appears to be no coherence between the budget the Trump administration recently presented to Congress, which cut back USAID spending on Cuba, and the language in the new security directive that implies a heightening of US democracy programmes in Cuba.

In addition, it also remains uncertain whether the US Treasury will tighten rules in relation to investment flows in such a way that Washington again attempts to chill investments from third countries, including those by the companies in Canada, the EU, and the region.

Separately, European officials say they are watching carefully whether the US President will, as every one of his predecessors has before, exercise his executive power to waive on a six-monthly basis the Helms Burton Title III provision. This enables US registered claimants of expropriated assets to act against those said to be trafficking (making use of) such property.

For those too young to be aware, the 1996 Helms Burton legislation has extraterritorial reach which if fully implemented, brings with it the possibility of a counter threat of a possible WTO action by affected third party governments. To avoid this the EU responded by adopting a policy of introducing political conditionalities into its relationship with Cuba, an approach that was abandoned late last year and replaced in favour of political dialogue and cooperation.

In his address to his Cuban-American political supporters in Little Havana, the US President used language seemingly guaranteed to cause Cuba to reject his approach and generate new tensions. He described the Cuban government as “brutal” and as having committed “terrible crimes …. in service of a depraved ideology”.  His administration, he said, will not hide from, excuse or glamorise its actions. He also observed that the US was “a voice against repression in our region…. and a voice for the freedom of the Cuban people”.

Describing the US President’s remarks as ‘full of hostile rhetoric’ and as reversing the progress achieved in the last two years, an initial Cuban Government statement rejected ‘any strategy aimed at changing the political, economic and social system in Cuba, whether it seeks to achieve it through pressures and impositions, or by using more subtle methods’. It also said it will now undertake a thorough analysis before responding further.

But more importantly, in lines largely ignored outside of Cuba, its government said that by repealing President Obama’s 2016 Policy Directive on US-Cuba Relations, President Trump had set aside the issue that had been central to Cuba’s willingness to take forward the process of détente: recognition by the US of the country’s independence, sovereignty and right to self-determination, and its recognition of the Cuban government as a legitimate and equal interlocutor.

It lamented too the loss of the opportunity for ‘a relationship of civilised coexistence’ despite ‘the great differences that exist between the two governments’.

Also, scarcely reported on were the broader implications of the language used by President Trump who, in announcing his Cuba policy, set out briefly what in effect is his foreign policy towards the Americas.

Placing his security directive on Cuba within the context of his administration’s rarely stated hemispheric thinking, he said that countries should take greater responsibility for creating stability in their own regions. This involved, he said, “the United States adopting a principled realism, rooted in our values, shared interests, and common sense”.  He also remarked, apparently without paradox or irony: “We all accept that all nations have the right to chart their own paths – and I’m certainly a very big believer in that – so we will respect Cuban sovereignty”.

While his comments were in part aimed at his predecessor, his words suggest not just the reversal of President Obama’s approach to Cuba, but that the US has turned its back on the wider hemispheric value of normalisation, seeing the Americas as a region in which Washington will again act in its own interests.

How strictly the US will enforce its planned restrictions, or whether they will any way touch third countries or their businesses will depend on the nature of the regulations produced by federal agencies, and whether the Cuban government introduces measures that seek to weaken or void their effect.

If taken at face value the new measures appear limited.

However, the tone and content of the President’s words, crafted in consultation with Cuban-American Republicans, together with the language in his policy directive, suggest it would be reasonable to expect further executive orders and reversals that tighten politically Washington’s relations with Havana.