Respect is the key to improving EU-Cuba relations 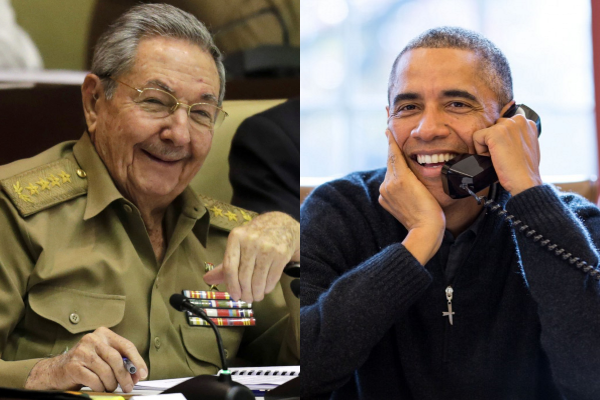 President Castro could not have been clearer. Speaking before Christmas to the Cuban National Assembly about the US, he said that the country had in 2017 “witnessed a serious, irrational deterioration in relations”.

Avoiding mentioning President Trump by name, he said, however, that Cuba would “continue working (with the US) to preserve, to the extent possible, the spaces for exchange and cooperation established in recent years” and was willing to continue negotiating bilateral issues on the basis of equality and respect for Cuban sovereignty.

These are lessons that Europe has well-learned following years when, quite literally, Havana ignored most of its member states as a consequence of its adoption of the now-abandoned 1996 EU Common Position which contained US-encouraged political conditions on improving relations.

In a demonstration of the new approach, Federica Mogherini, Europe’s High Representative for Foreign Affairs and Security travelled to Cuba earlier this month.

Her visit was to agree how the EU-Cuba Political Dialogue and Co-operation Agreement, which came into force on November 1 last year, Cuba and Europe can deepen their relationship on issues from sustainable development, to trade and investment, and their dialogue on human rights.

At their broadest, Mrs Mogherini’s remarks during her two-day visit underlined Europe’s desire for engagement on its own terms.

As she told a press conference: “…in relation to the US administration and the EU position on Cuba or on other issues of foreign policy, for us: the world is appreciating, in this moment, the value of having the European Union as a solid, reliable, predictable partner”. Framing this in the context of Cuba, she said, “we regret that the current US administration has apparently changed policy towards Cuba”.

While the European Union (EU) did not see itself as being in competition with the US, it believed, she said, that Washington’s new policy towards Cuba was counterproductive.

More specifically, she made clear that the US embargo was impeding Europe’s economic relations with Cuba.

In remarks to the media she suggested that despite this, Europe sees enhanced economic opportunity in a closer relationship. Mrs Mogherini observed that statistics indicated that together the EU’s Member States were Cuba’s leading economic, commercial, and investment partner. This she suggested meant that Europe had a strong base from which to increase investment, trade and tourism.

Europe, she said, saw its dialogue with Cuba in the framework of the EU-CELAC (The Community of Latin American and Caribbean States) relationship, as well as bilaterally in relation to issues such as the Colombian peace process and the situation in Venezuela. She also noted the value of Cuba’s voice in the world on complex issues such as immigration and climate change.

Significantly, her remarks suggested that the EU believes that dialogue, access and a positive relationship will be important at a time when the country’s leadership is about to undergo gradual generational change.

Mrs Mogherini’s words were carefully chosen. Speaking about the coming transition in Cuba, the EU High Representative said that Europe was following this “with great respect and attention”. She said that the EU wished to accompany Cuba’s process of modernisation in all respects, while knowing that the European and Cuban systems were different.  In doing so, she observed that EU member states have similar social and cultural values.

Her visit demonstrated that it is possible through dialogue, to find ways to discuss matters that are contentious.

At the end of her visit she said that her exchanges with President Castro and others offered the opportunity for future dialogue on difficult issues including human rights. While “differences in our respective visions, openness and willingness to dialogue were always present”, Mrs Mogherini said, “there were no taboos”. The discourse, she said, “remained respectful” and allowed the situation both in Europe and Cuba to be addressed.

She also set out several practical steps the EU is taking as a first step towards improving relations.

Europe will explore further, ways to protect EU companies from the effects of the US embargo; a first joint EU-Cuba council meeting with the Cuban Foreign Minister, Bruno Rodríguez, will take place in Brussels on February 28 to discuss how to advance cooperation; a visit by a delegation from the European Investment Bank at the end of January will explore possibilities for supporting investment in Cuba; and both sides will consider having interparliamentary relations include institutional committees that might strengthen political dialogue.

In addition, a new EU-Cuba cooperation programme will be signed shortly that will include €18m (US$22m) to support renewable energies, €21m (US$25m) for sustainable agriculture, and €10m (US$12m) to support cultural exchange.

The contrast between Mrs Mogherini’s comments, their content and intent and the negative political rhetoric used by President Trump when he announced his new Cuba policy in Miami last June, could not be greater. Then, in a hostile speech reflecting the views of leading Cuban American Republicans, he described Cuba, its government and its policies in terms that were both insulting and inflammatory.

Since then, new US Treasury and Commerce regulations have created a climate of legal uncertainty around US trade, travel and academic exchange with Cuba. More significantly Washington’s high-level dialogue with Havana has been largely restricted to issues related to security and migration and is unlikely to go further.

No one should doubt that Europe like the US seeks political change in Cuba. However, the EU has come to recognise that generational change, and a fragile economy means that supporting stability and the Cuban people through dialogue and engagement represent the only practical way forward.

Paradoxically, it is President Trump through his decision to disengage, and his unfortunate rhetoric who is now providing the much larger space in which a more culturally sensitive, and historically aware EU is now able to operate.