Cuba the EU and a post-Cotonou agreement 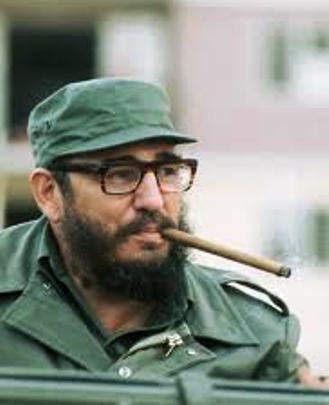 Just over a week ago, Cuba and the European Union held a first Joint Council meeting. It identified the principal multilateral and bilateral issues on which they hope in future to work more closely.

For the EU, the event was particularly important. It established a dialogue with one of the few countries in the world with which it had no formal relationship, despite it being Cuba’s leading investment and trade partner.

The meeting was the outcome of a tortuous negotiating process begun in 2014 which led Europe to abandon political pre-conditions in favour of a bilateral Political Dialogue and Cooperation Agreement (PDCA). Signed in December 2016, this finally came into force provisionally in November 2017 after having been agreed by the European Parliament.

Both Federica Mogherini, the EU High Representative for Foreign Affairs and Security Policy, and Cuba’s Minister of Foreign Affairs, Bruno Rodriguez, described the Joint Council meeting as an important step forward for Cuba and the EU, as well as for Latin American and the Caribbean.

Mrs Mogherini said: “We have managed to move our relations to a completely different level compared to the past”, while Mr Rodriguez noted that their meeting in Brussels marked an important step forward. “It shows the will on both sides to continue to consolidate the bilateral relationship …. on the basis of reciprocity and equality of sovereignty”, he said.

What was agreed was largely political and will form the future basis on which Cuba and the EU will undertake a dialogue on matters from which the US has all but excluded itself.

It was agreed that the previously informal dialogue on human rights would be institutionalised as a key pillar in the relationship; that on development issues, Cuba and the EU would seek to cooperate on the implementation of the UN 2030 Agenda on sustainable development; and that triangular cooperation between the EU and Cuba in third countries would be explored. In addition, dates were established when Europe and Cuba will dialogue on major multilateral issues from ‘coping with unilateral coercive measures’, meaning sanctions, to the proliferation of weapons of mass destruction.

In Brussels, Europe repeated that it wished to support Cuba’s economic and social reform process and signed a first-ever ever financing agreement with the Cuban government. This will provide €18m (US$21m) towards a renewable energy programme which aims to support Cuba’s ambition of generating 24% of its electricity from renewable sources. It was also announced that a €21m (US$25m) sustainable agriculture food security project will be agreed soon.

Away from bilateral issues there was a particular focus by the EU on how a structured dialogue with Cuba might have value for Europe in what Cuba likes to describe as ‘our Americas’.

Unsurprisingly, fundamental differences remain over Venezuela and other issues, but Mrs Mogherini emphasised Cuba’s supportive role in the peace process in Colombia, noting that Europe wanted to find other ways to strengthen its dialogue with Cuba on Latin America and the Caribbean.

Europe, she indicated, wanted to take advantage of Cuba’s pro tempore two-year presidency of the UN’s Economic Commission for Latin America and the Caribbean (ECLAC). She also noted the increasing importance of the Association of Caribbean and Latin American States (CELAC) as a vehicle for political dialogue. This is the body that brings together every independent nation in the Americas other than the US and Canada and is now seen by many nations, including China, as a viable alternative to the OAS.

In contrast, reporting in the Cuban official media on the Council meeting was low key, leaving it unclear how significant Havana regards the overall deepening of relations with the EU. Its minimal coverage contrasted with Havana’s recent emphasis on its bilateral relationship with France, discussions expected later this year with Spain, and its deepening relations with Russia.

Cuba has consistently laid stress on the importance of its intra-Caribbean relations. It is a member of CARIFORUM, has remained a very active and engaged Member of the ACP Group, but did not subscribe to the 2000 Cotonou Partnership Agreement. This was in part for political reasons, because at the time some EU member states threatened to immediately suspend it if it became a signatory.

Sole Brussels-based senior officials indicate that they hope Cuba might now broaden its relationship with the EU in the context of a post-2020 post-Cotonou ACP-EU agreement.

They point out that in an ACP context Cuba is already very active in relation to climate change, science, technology, health and education. It is, they say, also involved in trade policies affecting tobacco, sugar and mineral extraction. They note that ACP members appreciate Havana’s policy analysis, its response to health crises such as Ebola in West Africa, and its engagement in helping develop thinking on the UN Sustainable Development Goals.

As matters stand however, Cuba’s lack of formal engagement holds it back from participating in EU-funded intra-ACP projects. As it is not a signatory to the Cotonou Convention it cannot access the European Development Fund (EDF), the European mechanism that provides development finance to the ACP. It also does not benefit from the linked trade and development aspects of the EU-CARIFORUM Economic Partnership Agreement (EPA); although its huge trade in goods imbalance with the EU and overall weak export performance suggests that without an asymmetrical transitional arrangement this would, at present, be of questionable value.

Significantly, Cuba’s recent exchanges with the EU on multilateral and bilateral political and development issues relates closely to what is now being considered for inclusion in an ACP-EU successor agreement. This could, some in Brussels point out, potentially enable Cuba to broaden its own interests and commitment to South-South Cooperation if it were to participate in future ACP-EU arrangements.

Whether Cuba does decide to engage in a successor agreement to Cotonou Convention remains to be seen, but if it does the suggestion is that there could be mutual benefit for every member of the ACP.