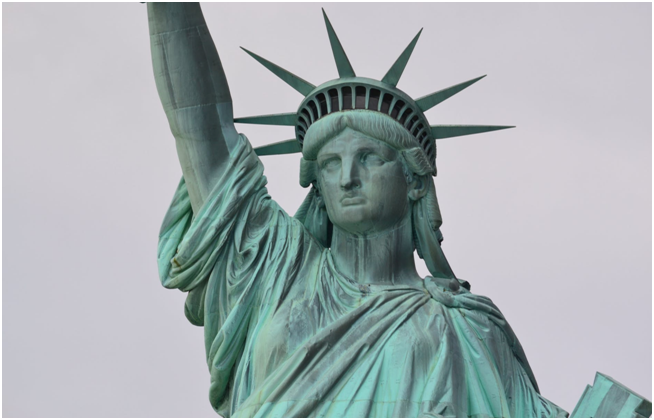 What is freedom? It’s an innocent looking question, but it is not a trivial thing to give a comprehensive response to it. One thing that is almost practically un-objectionable is that there is no such thing as absolute freedom.

For any choice taken has an impact on other people, whether it be family, friends, acquaintances or even the environment, there is always some kind of transaction of consequences.

Perhaps the freedom one has in mind when one means absolute freedom is freedom to do anything: physically hurting other people, destroying property, etc. It would be hard to find a significant number of adherents that would follow this doctrine.

But why the question of freedom? Don’t these abstract conversations take us away from the harsh reality on the ground? Not really, or so I would like to argue. Simplifying a great deal, if you look at the contemporary world, there are two main actors who influence society: government and corporations.

It is fashionable today to speak of government oppression, in part because it is true, government does curtail individual and collective freedoms.

There is a long and quite devastating history of government power and brutal authoritarianism, particularly in the Soviet Union and during the first decades of the development of Communist China. It’s all well and good to point to these crimes, because they were horrendous.

What’s more obscure, and therefore more illuminating to discover, are those elements in the corporate sector who use the state as a smokescreen to hide or distort direct corporate involvement. It’s also interesting to see how the blame for recent crimes fall mostly on the government and not on the corporate sector who behave as the puppeteer, invisibly moving the strings of the government and hiding behind vague or legalistic language to obscure or distort illegal behavior.

A clear example of this was the illegal war in Iraq in 2003. While now it is generally acknowledged that the US went to war in Iraq due to oil interests, there is much less literature blaming specific companies like Halliburton or ExxonMobile than there is literature speaking about the US government as a lone entity.

If these companies did not exist, or if there were not a huge element of the economy that depends on fossil fuels, it would make little sense to invade Iraq for its rich historical artifacts or its sand.

Though it is the government which takes most of the blame and not the companies, it is the companies that are making more profit than ever. It is also governments all over the world which are squeezed in terms of money available for spending on the welfare state, whose aim is to provide a type of freedom to individuals from starvation and joblessness, among other aspects.

The link between freedom and corporate restrictions are quite surprising as there is a strong, though minoritarian political philosophy called ‘libertarianism’, mostly in the US which claims that the freest most prosperous societies are those societies which allow the greatest market freedom.

Never mind that the history of libertarianism in Europe, where it arose, is of a directly opposite perspective, that of libertarian socialism, a branch of anarchism which seeks to eliminate all hierarchies and create a voluntary society in which people are allowed to develop their own creative interests and contribute to the betterment of all.

Putting the origin of the meaning of the word ‘libertarian’ to the side, it is quite perplexing to associate freedom of capital and the individual as the fundamental freedom to which a society should aspire to.

And it is here that the question of liberty should be asked once again, what is freedom? Is true freedom the freedom to keep all of your income, or is freedom a more complex concept, one that goes beyond individuals to societies at large? Can a society in which only a select few manage to acquire enough money to do whatever they want to do personally a more complete notion of ‘freedom’ than a society which allows people not only to have freedom from starvation but also protection from ill health? What’s ‘libertarian’ about suffering and being able to compete at the expense of another person’s livelihood?

There is a dark and violent history related to governments and the abuse of power of bureaucrats and politicians, of this there is no doubt.

There is also a very good argument to be had about the merits of certain people – companies even – earning more than others due to talent and hard work. It’s, after all, and echoing Robert Nozick, true that people would be willing to pay more money to watch Michael Jordan play than an average basketball player playing in his backyard.

The worth of individuals at the expense of all else is an argument that needs to be had. When, in the 21st century, most talk about crime is focused on the crimes of government, half the conversation is not being had, even if occasional cases, like that of Odebrecht in the Dominican Republic occasionally reach the public eye.

Governments, through the people working in them, are institutions that are responsible for the most horrendous crimes in history, but governments also provide people the capacity to develop most fully, as can be seen in the famous social experiments of Scandinavia.

It is not an accident that most of Europe’s millionaires proportionally come out of the Nordic countries, particularly Sweden. Not that these societies are utopian, far from it.

Nevertheless, it is time to think about freedom on a more comprehensive basis than merely capital or individual rights. After all, if freedom were to be an easy topic to discuss, it should not be hard to say at least what it is. So, what is it?