Brexit, the Caribbean and British politics 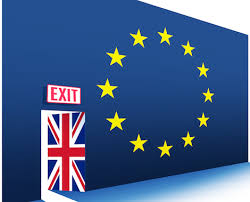 The word ‘cakeism’ has yet to appear in the Oxford English Dictionary. Used recently by several British publications, it is intended to express the view of some in Britain that the UK can have everything it wants in relation to leaving the European Union (EU), merely because it wants it.

It is the principal reason for the now near to complete political paralysis within the British Government and amongst the UK political class over Brexit and how to leave.

More than two years ago, Britain voted to remove itself from the EU but failed to identify what sort of exit it required, resulting in conflicting interpretations, an internecine battle within the just-about-ruling Conservative Party, and personal power struggles. Consequently, time is running out and sight has been lost of the practical effects on the UK, the EU27, and third countries including the Caribbean.

In the past ten days the British Prime Minister, Theresa May, has tried to address the irreconcilable differences within her party and the British Parliament over leaving, through a white paper and a post Brexit customs bill. Her objective was to achieve a political agreement on the future trade relationship the UK desires and on complex matters relating to free movement and the Irish border, so that the European Council might agree in October the nature of the future relationship.

The UK government says that it has now secured an agreed basis on which to proceed, and believes it has the makings of a negotiated agreement. However, after a week after of brutal political infighting in the Conservative party, knife-edge votes in the House of Commons, and the growing influence of hard line Brexiteers, it is hard to see, even if EC and UK negotiators were to agree, Britain avoiding an existential political and economic crisis later this year.

Europe’s member states are clear that while they want a positive future relationship with the UK and saw the UK’s recent White Paper and cabinet approval as a step forward, they see a ‘cakeist’ deal in which the UK chooses only what it wants, as being out of the question.

They point out firstly, irrespective of whatever the UK proposes, agreement will require all 27 EU member states and the European Parliament accepting whatever the European Commission (EC) finally negotiates with Britain. Secondly, they say that Europe’s red lines, relating to the free movement of goods, services, capital and people cannot be compromised, and that it is not for the UK to choose the economic areas, functions or ways in which it wishes to participate. And thirdly, they stress that they will not enable a country that is neither a member, nor seeking an arrangement similar to the European Economic Area, to have the same levels of access.

All of which suggests that the inherent contradictions in the UK’s position, the political chasm between the ideologues and the pragmatists, and the trade-offs and compromises that are required are unlikely to be resolved by October, making a hard cliff-edge disorderly Brexit and a move to WTO rules more likely.

In recent months, several high-level exchanges have taken place between Caribbean and British Ministers and officials. These point to a general commitment by London that that the nations of CARFORUM will be no worse off in a new trade and development relationship with Britain. More specifically London has said that it will ‘seek to maintain current market access …. to ensure continuity of the effects of the EPA’. Both sides have also agreed that technical discussions will focus on avoiding disruption, rather than providing an opportunity to renegotiate trade terms.  In an ideal world this would seem to mean something close to Economic Partnership Agreement (EPA) equivalence, with separate arrangements on development support and non-trade issues.

However, in the face of the complexity of what Britain is now trying to achieve with the EU 27, the possibility of any sort of agreement with the Caribbean by 2019 seems less and less likely, especially if the UK crashes out of Europe.

The implication is that Caribbean nations and every sector and business with exposure to the UK market should contingency plan now for what this could mean.

Recent EU statistics confirm that the UK continues to account for around 21 to 23 per cent of goods exports from CARIFORUM to the EU. In 2015 CARIFORUM nations exported about US$3.1bn of goods to the EU of which US$718m went to the UK. However, if shipments of oil, refined products and chemicals are set aside, what becomes clear is that the UK remains principally a market for Caribbean primary agricultural produce, some processed foods and higher value products such as rum, and is heavily weighted towards the Dominican Republic.

What this implies is that in the absence of some form of EPA trade equivalence with the UK is that the Caribbean export industries that could be hit hardest in the event of the UK having to adopt MFN tariffs would be imports of bananas, fruits, fish products, prepared foodstuffs, clothing and footwear.

In the last few days both the European Commission and the British government’s new Brexit Secretary have said that it is now important to develop contingency plans for a complete breakdown in the relationship. This is because if this happens, all trade with and through the UK will be disrupted, as will    the application of a host of existing regulations relating to commercial shipping routes, air services agreements, standards, administrative law, the free movement of goods into the EU27, and the movement of capital, to say nothing about the future cost of doing business with or through the UK.

Some regard such concerns as intended to be fear inducing before the final stage of negotiations begin and suggest that common sense will prevail.

However, given the coming summer break, the subsequent hugely divisive UK party conference season in September and October, and the impossibility of resolving political stalemate within the UK without breaking the party system, the chances of achieving an agreed settlement that the UK Parliament will endorse seems utterly remote.

The Caribbean should prepare for the possibility of a no deal Brexit.