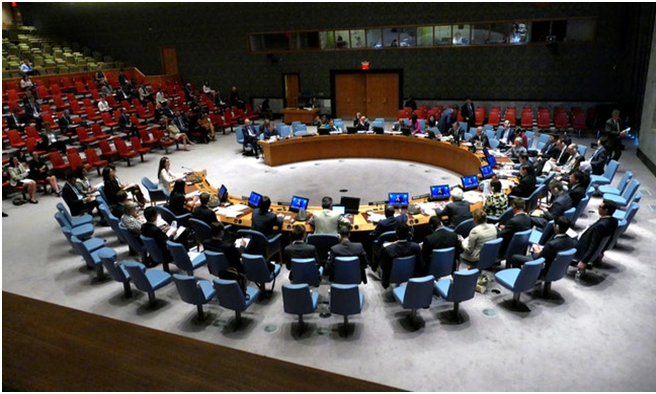 It is no easy task to be brief on issues pertaining to international relations, but I will try my best. It’s hard to delineate the world stage without taking into account crucial players who are barely mentioned in western media conglomerates, where ‘western media’ means the United States and occasionally Europe as well.

When talk of ‘world order’ or ‘international community’ is being held, what the people using these words usually have in mind are nation-states such as: Australia, US, Spain, Dominican Republic, Vietnam, etc.

It’s true that nation-states are crucial players in international affairs, but the huge actors barely mentioned directly by name are corporations. Nation-states are more or less as free as they are democratically controlled, were ‘democracy’ means the will of the people or what most of the population wants to happen in a given society.

When corporations have a tight grip on most of the world’s resources, then it is not the people who control them – it is companies, and this is rarely stated clearly at all in conversations about the ‘international community’.

So, what one really gets in the real-world political scene is, very roughly, competing corporate influences within a political system which is presented as a ‘left’ vs ‘right’ alternative: free-trade vs. protectionism, competing market sectors, public benefit vs private profit in terms of efficiency, etc.

Of course, some countries like Germany, Australia and perhaps to a greater extent Sweden, do have some more-or-less ‘leftist’ political parties that diverge a little from this ‘centrist’ norm, so there are some glimpses of realistic alternatives to the dominant market paradigm that is taken as a self-evident and benign given. Whether free trade or protectionism is better is an important topic, but there is little talk of universal basic income, wage slavery and poverty, for example.

China’s economy has grown a lot since the 1980’s and now they have serious purchasing power around the world, though its influence in Africa is particularly strong.

It remains seriously misleading to think of China as an alternative to the ‘international community’ if people aren’t reminded that even if China has a huge economy, the largest military in the world – by far – is the US and by implication NATO.

The US has more military budget than the rest of the world combined, so if China were really to change this ‘international community’ drastically, they have a big problem.

Since they can’t compete with the West on the military front, they are at the same time sane and do not want to end humanity via a nuclear war, no realistic alternative is actually presented, because to change the ‘world order’ means, in large part, to change the balance of power in international affairs.

This is not to say that talk of ‘world order’ is vacuous when it comes to western intellectuals and journalists, after all, interesting questions do arise: do individual countries like Australia, Spain, Brazil, Dominican Republic, Eritrea, etc. actually want to follow an ‘order’ that most of the populations in those countries do not like?

A somewhat recent historical example that highlights this point: the 2011 bombing in Libya. Most people that do not fall consistently under the rubric of the ‘international community’ – by far – did not want that bombing to proceed, but it happened anyway, because concentrated power and money wanted it to happen. Money won that debate. In this case, the ‘non-world order’ did not want that to happen.

Money does not always win, of course, popular opinion can manage to break profit incentives, as can be seen in many countries around the world that have adopted decent welfare reforms, particularly after the second World War, so one cannot say that corporations win everything, but they win often enough.

If China were to present itself as a realistic alternative to the current ‘international community’, offering incentives to countries who are independent and not following the general trend towards privatization of public goods, then following China would be a rational choice to follow, but this is not the case.

As the situation currently stands, one does not see any nation-state doing anything really different to upset the way the world works, so China – even if it could – compete with the US, would only be different in small details, though these small details can be important, after all China is inside the Paris Climate Accords whereas the US is out, and the US being out of the Climate Accords is bad for everybody – human beings and animals alike.

Of course there is much more to say concerning realistic international relations, and many factors to consider such as mass media, the role NGO’s play in the world, what happens when private power overlaps with public opinion, etc.

As to who does ‘the left’ or ‘alternative visions of future societies’ needs to ‘fight’, that’s a good and difficult topic to consider. I happen to belong to a privileged class and people who belong in this class tend to fight for the way things are, and even worse: more inequality, more deregulation and so on.

The alternative, from what I’ve been able to gather, is the so called ‘99%’: what people in this group should want is a more equitable and peaceful world being developed in democratic manner. I happen to agree with ‘the 99%’ here, because the alternative – the way things are going – is leading to destruction of the planet.

The best alternative to what we currently have is to look for popular movements around the world who talk about ideas outside the mainstream intellectual milieu, things like the ‘Occupy’ movement and even some of the ideas presented by people like Bernie Sanders, Pepe Mujica and other world leaders.

If enough people organize, then we could see popular opinion actually reflected in nation-states and then we could begin to talk about realistic international relations, not just the US and Europe.